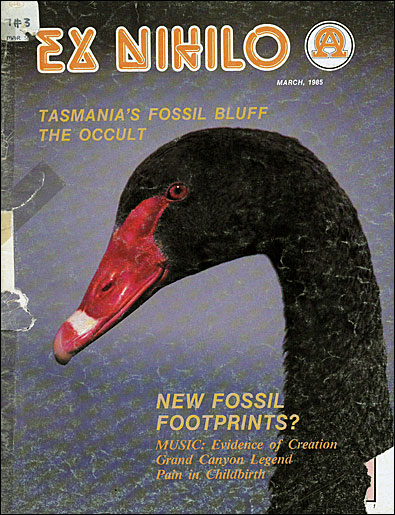 Humans seem to be drawn irresistibly to music. We may not all know how many semiquavers make a minim, but we know what kind of music helps us to relax after a hard day. Nor do we need to know whether a sixteenth-century Phagotus was made with a conical or cylindrical bored pipe in order to appreciate the delicacy of Handel’s ‘Nightingale Chorus’ or the simple beauty of The Beatles’ song ‘Yesterday’. In fact, even if we were tone deaf it wouldn’t stop most of us from entering a debate about changing the national anthem.

Soldiers march better when they have band music to help them keep in step.1 Mental patients are said to have been calmed by the playing of soothing tunes. Work is done faster when brisk music is being played within hearing distance. National pride is heightened when foreigners hear songs from their home country…

Music is uniquely wonderful. It is incapable of being touched, yet it touches everyone who is capable of hearing sounds. It can seemingly evoke any emotion: we instinctively respond to happy tunes, mournful songs, beautiful melodies, inspiring anthems, stirring hymns, majestic orchestrations. Every sound we hear actually fits somewhere on the all-encompassing music scale. Perhaps your phone rings in F above middle C; your china cup clinks a high D when you stir it; maybe you have a shoe that squeaks in A and a door-knocker that sounds a dull B-flat. Music is simply any combination of sounds that is pleasing to our ears. Take your phone, cup, squeaky shoe and door-knocker, add a couple of bottles that sound G and C, and you’ve got enough notes for a rough version of the famous ‘Ode to Joy’!

Have you ever thought what would happen if no one could compose music? With no composers there would be no orchestras, no operas, no ballets or ballerinas, no musical comedies, no songs of triumph, no church organists, no singing, no chiming clocks, no musical instruments, no lullabies to sing your new-born babe to sleep. Film-makers would have no one to write background music: many radio stations would lose most of their programs; TV advertisers would have to find new ways to attract our attention. The world certainly would be a lacklustre place without composing geniuses such as Johann Sebastian Bach and Burt Bacharach. Think of the effect on recording companies and carnivals!

Now try to imagine what our world would be like with no musical sounds. We would simply have no sound at all. Your china cup couldn’t clink that high D, your shoe wouldn’t squeak, you wouldn’t be able to utter or hear a sound.

Music permeates every area of life in which sound is heard and sound had to come complete right from the start. To claim that musical sounds evolved by random, haphazard processes is patently absurd since the ‘evolution’ of sound is a technical impossibility! Who can imagine half a boom, part of a click, two-thirds of a tinkle, or 97 per cent of a thump? Booms, clicks, tinkles and thumps make up most percussion music.

But that’s not all. How can the evolutionist even begin to explain the development of our capacity to perceive certain combinations of sounds as pleasing and harmonious, our capacity to recognise certain patterns as ‘music’ and others as ‘noise’? The tremendous amount of complexity and organisation demonstrated by our capacity to perceive, enjoy and ‘create’ these patterns defies explanation by ‘chance’. What conceivable survival advantage can there have been?

The attempts of evolutionist musicians to explain the origin of music have been somewhat creative even though lacking in detail. Cecil Forsyth’s monumental book on Orchestration is a classic in its field. In this work he describes in detail the workings of practically every musical instrument known. He traces the intricate development, design, and make-up of instruments that leaves the reader marvelling at the creative prowess people have used to produce such amazingly effective instruments.

Yet of the origin of the first instruments, Forsyth speculates:

‘Earlier still than this we may imagine man as just emerging from his state of savagery with a new and wonderful craving for something more than mere rhythm, a craving which may have been first satisfied by means of a hard blade of grass held between his two thumbs.’2 Of the origin of music, Forsyth conjectures further:

‘We may suppose a time at the beginning of things when the naked savage squatted down on his native mud, his mind half entranced, passive and vacant to every influence of the wild, but still with a thirst in his nature which could only be quenched by the endless drum-drum-drum of his knuckles on the block earth. Beyond this we can imagine nothing but the animal.’2

So, according to Forsyth the instruments which have been artistically designed, expertly manufactured, and scientifically classified play musical sounds which ‘evolved’ from a few thumps on the black earth by a naked savage. Forsyth admits he is only guessing, because he truly doesn’t know how music originated.

Among all societies we find music in some form.3 Non- creationists conclude that even music in its most elementary state represents a later stage of development ‘from an unknown original’.3 In many tribes though, it includes features familiar to European music, such as harmony and imitation.

So — what is the origin of music?

It came from God. It was given to man at the moment of creation when ‘the morning stars sang together’ (Job 38:7). The Bible alone provides an acceptable explanation for the origin of music and musical instruments. We read in Scripture that God surrounds Himself with angelic choirs and the songs of the redeemed sinners (Rev. 14:2–3). A heavenly choir of angels sang at the birth of Christ. We are told to ‘sing to the Lord’ as Ills saints, to ‘praise His holy name’ (Psalm 30:4). Again, we are exhorted to ‘sing joyfully to the Lord’ and to ‘praise the Lord with the harp’, ‘make music to Him on the ten-stringed lyre’, ‘play skilfully and shout for joy’ (Psalm 33:2–3). The purpose of music was, and is, to praise God.

Music provides joy because music has been provided by God. The theory of evolution can never postulate even a faintly satisfactory explanation for the origin of music or why it affects us. When we realise that God wants us to worship Him through music we see God as the Master Musician — the conductor of all life. Musical instruments are mentioned early in the Bible. We are told in Genesis 4:21 that Jubal was the father of all who play the harp and flute. Without the Bible we are unable to identify the first musician or the earliest instrument makers.

It also tells us, in the words of David the musician: ‘The fool says in his heart, there is no God’ (Psalm 14:1). Serious reflection on the origin and nature of music may yet redeem many such fools.