Richard Dawkins, anti-Christian language and the rise of science

World leading antitheist Richard Dawkins has once more blasted creationists in an interview in the Wall Street Journal. He took special offence at the Christian creationist involvement in science and society, once again showing no respect or understanding of our common humanity.1 A day or so later we witnessed another mass killing in American classrooms where a social misfit took his aggression out on his peers, apparently singling out Christians in particular, at Umpqua Community College in Roseburg, Oregon. His social media files suggest an unhealthy interest in guns, violence, the Nazis and the Occult. The targeting of Christians may have happened in other incidents as well, for instance at the Columbine tragedy in 1999.

[Richard Dawkins] and other ‘New atheists’ have twisted the perception of Christians, and especially creationists, creating a climate of hatred, ignorance and disrespect in society.

While we cannot directly link Dawkins’ comments to the school shooting, he and other ‘New atheists’ have twisted the perception of Christians, and especially creationists, creating a climate of hatred, ignorance and disrespect in society. Sam Harris wishes to heap such embarrassment upon faith in God that it becomes impossible for people to express their belief.2 Even Christian evolutionists can’t escape this hatred; evolutionist Michael Reiss was forced out of his position at the Royal Society (UK) simply for calling for respectful dialogue with evolution dissenters in the science classroom (see here). And Dawkins is perhaps the most vocal voice of this aggressive new atheism.3 If Dawkins spoke of the Jewish community in the way he speaks of Christians he would be labelled anti-Semitic—and rightly so. But what of anti-Christian rhetoric where one’s words may incite hatred of Christians? Do the likes of Dawkins have a responsibility to be more careful in what they say?

The ‘new atheism’ has also led to a situation where many young people today have lost contact with a traditional Christian foundation for life. As such they are uncertain about the meaning of life, about values and ethics—with some tragic and frightening consequences, such as mass murders in schools and further afield.

Christian creationists an ‘incubus’ around the neck of American science?

In that Wall Street Journal article, Dawkins commented that although America “is the leading scientific nation” this is “despite having this incubus around its neck of an uncultured ignorant almost majority.” What is an incubus, exactly? A predatory sexual demon! Perhaps he thinks he can get away with literally demonizing Christians by using a word few understand. He also intimated that science might have made greater strides forward if it hadn’t been hindered by this “fundamentalist-not-quite-majority”, and, “You have to wonder what it could be like if it didn’t have that burden,” he stated.4 It sounds like Dawkins wants to rid the world of Christians! But Dawkins either does not realize, or doesn’t want to acknowledge, the foundational contribution that Christian doctrines have made to the good of science and society.

Dawkins gets it wrong on science

Ample evidence shows that Christian creationism enabled science to flourish in the West. Not only were most of the pioneers of science Christian theists and creationists, many took the creation account of Genesis literally. For instance, historian of science Peter Harrison has shown that a literal reading of Scripture, which followed from the Protestant Reformation, led to a more literal reading of nature.5 Moreover, early members of the Royal Society helped to develop the scientific process, and saw it as a means of recovering the greater knowledge they believed Adam had prior to the Fall.6 I wonder why Dawkins does not acknowledge the evidential works of Harrison, or others who have written along similar lines?

Other cultures failed to develop science. Science could not take-off in ancient Greece despite their intellectual ability in other areas. Greek pagan beliefs stymied their society from engaging in science in any sustained, collegiate, and meaningful way. Their gods didn’t care about the world; they were often silly and capricious; an unruly, lustful, and vengeful mob that made few demands upon their human subjects. Plato was too busy thinking about ideal ideas to bother with the physical world. The greatest hope was to escape from the world into the next life. And that is what Plato’s writing encouraged in later generations among Gnostics and even some Christian writers. For such thinkers the mind was so focussed upon the spiritual and future life that the present physical world was not considered that important.

The Epicurean perspective favoured by Darwin and Dawkins fares no better. It involves the constant mixing of atoms, but it does not explain why the world is ordered or bound by scientific laws. So-called Darwinian science often sounds like a third branch of dead-end Greek thinking, such as is found within Hesiod’s Theogony; creation was said to have evolved through the gods of chaos and eros (sexual lust). Darwinism likewise is just-so story-telling where natural selection keeps the gods of chaos and eros alive. So, when Dawkins holds that laws govern the world he simply borrows ideas given to him from Christian creationists, not from survival-of-the-fittest Darwinism. No wonder such a large percentage of the population are skeptical of Darwinism.

On the other hand Christian theism, and a belief in a literal creation, has birthed and facilitated science and we can make the following statements:

Christian theism, and a belief in a literal creation, has birthed and facilitated science.

Good science has developed in the West because of commitments that arose from Christian theism—a literal reading of the Bible, an acceptance of the creation account and the Reformation—not in spite of it. The ‘new atheists’ wilfully ignore this historical evidence, but instead use language that is designed to incite others to despise Christian creationists. The ‘new atheism’ also leads many young people to a life where objective meaning and value are lost. Dawkins’ atheism has nothing of value to offer the world. 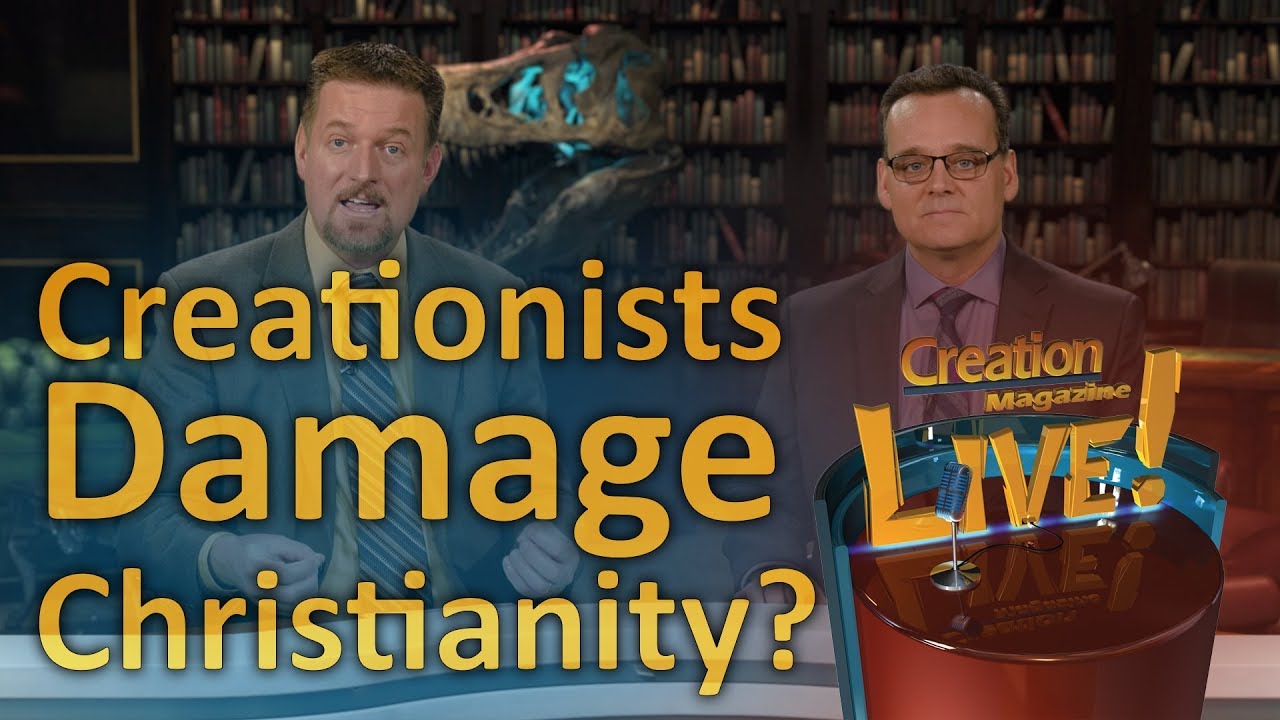