An explanation for Apsley Falls, Australia

We regularly receive questions about specific geological sites, such as this one from Graham B. of Australia, who asks about Apsley Falls, some 300 km (200 mi) north of Sydney, Australia, not far from the coast. He’s curious about the ‘official’ explanation from the National Parks and Wildlife Service. CMI geologist Dr Tas Walker responds.

I have some photographs from a rock formation at Apsley Falls in a national park near where I live and was after an explanation for their unusual shape. Essentially, the rocks slope on an angle from left to right. I’ve also included a photograph of the ‘official’ explanation on a sign, which they call Hill Creep.

Thanks for your email and the pictures.

My first step is to find a geological map to see what geologists have reported about the area. Many are readily available on the web these days. The 1:250,000 scale geological map for Hastings (Sheet SH 56-14) shows Apsley Falls on an area coloured pale blue called the Myra Beds. These rocks are comprised of metamorphic rock, including slate, phyllite, chert, jasper, and basalt. Figure 1 has a 15 km-wide extract from that map. As well as the ‘blue’ Myra beds the extract shows areas of ‘pink’ coded Tb, which stands for Tertiary basalt.

Figure 2 shows a photo of the falls. Notice the narrow gorge that the river is flowing through. The rocks are metamorphosed, and the cleavage is orientated almost vertically. You explained that near the falls the rocks are not so vertical but sloping on an angle. Notice too that the land surface at the top of the picture is reasonably flat, compared with depth of the gorge. That surface cuts across the structure of the underlying rocks at right angles. This flat surface is part of an extensive plateau called the New England Tableland, which forms a portion of the Great Dividing Range that runs parallel to the east coast of Australia. It’s not unusual for that plateau to be 1,000 m above sea level.

The narrow gorge was excavated by receding floodwaters very late in the Flood, which is why it is so narrow

We have looked at the geological history of eastern Australia on a few occasions previously, such as in the article The geological history of the Brisbane and Ipswich areas, Australia. The Apsley Falls are in a feature called the New England Fold Belt, which extends for more than 1,000 km along the coast of Australia. The rocks in this enormous feature were deposited as the waters of Noah’s Flood were rising on the earth. There was a large volume of a variety of materials deposited, including fine silt, poorly sorted sand, beds of chemically deposited silica, and black volcanic lava.

Then, as the Flood continued, after perhaps just a week or so, tectonic movements in the earth’s crust compressed and uplifted these deposits above sea level, deforming the rocks and metamorphosing them. This intense folding is why the structure of the rocks, that is the dip of the layers, is approximately vertical. After these rocks were uplifted, folded, and metamorphosed, the surface of the continent was greatly eroded, forming the flat plateau. There were two periods of erosion here, one after the rocks were folded and metamorphosed, and another later in the Flood as the waters on the continent were flowing into the ocean. The narrow gorge was excavated by receding floodwaters very late in the Flood, which is why it is so narrow. It is not unlike the gorge formed at the Wollomombi Falls some 65 km to the NNE. (See How landscapes reveal Noah’s Flood.)

We simply need to be aware of the philosophical bias of those geologists, understand how to interpret geology from a biblical perspective, and adjust their explanations accordingly

The sign you photographed by the National Parks and Wildlife Service talks about the slatey rocks and their straight lines. As we have discussed, this metamorphism and vertical orientation is due to the folding that occurred in the first ‘half’ of the Flood. The sign mentions that the rocks near the stairway near the falls are bending forward and slumping out into the gorge. It explains this slumping as ‘hill creep’, possibly caused by more clay, softer materials, and water penetration. This seems quite a reasonable explanation. This hill creep is likely still occurring.

However, the sign also speaks of this creep as continuing a process that started millions of years ago. This ‘throw-away’ millions of years is not correct. In millions of years the gorge would no longer be so narrow but have eroded much, much wider. The millions of years also contradicts the time information in the Bible. Rather, the process began after the narrow gorge was first carved, and this would have been not very long ago. It is likely to have been carved very late in Noah’s Flood. The ongoing creep and erosion has continued in the 4,500 years since the Flood, but not much has happened relatively in that period compared to the erosion that occurred during the Flood itself. Hence, the gorge is still very narrow.

This illustrates how the work published by secular geologists can be useful in understanding what is going on from a biblical Flood viewpoint. We simply need to be aware of the philosophical bias of those geologists, understand how to interpret geology from a biblical perspective, and adjust their explanations accordingly. And of course, we need to reinterpret the dates they quote. 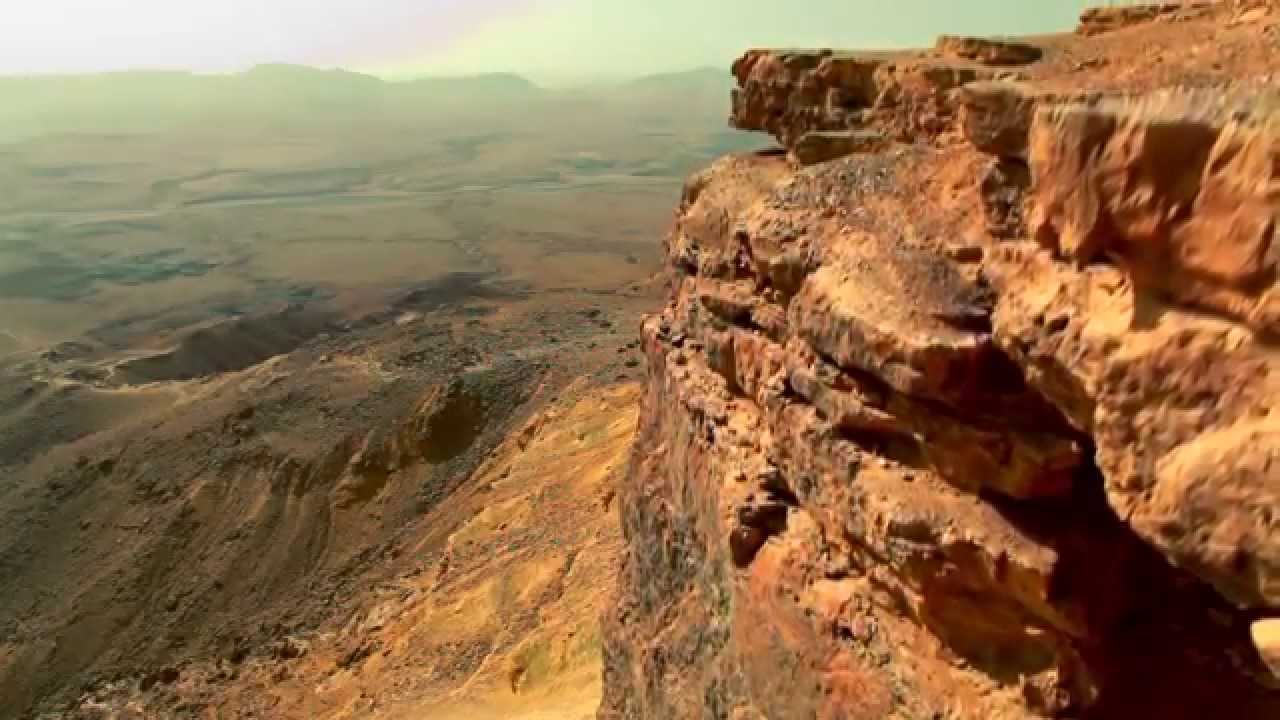