Hello, I have a question from a scientifically trained Evolutionist family member regarding post flood speciation and allele frequency that I am not feeling qualified to answer satisfactorily. Thank you for all your hard work.

These are fascinating questions. Thank you for giving me an opportunity to answer them in print!

First, we need to consider pre-Flood diversity. We have no idea how much genetic diversity existed among most animal kinds. Humans are a little different because we know we started with two people and we know the population was reduced to eight people 1,600 years later, at the Flood. In fact, we can model the genetic effects of the Flood and the post-Flood time period on humans.

But we cannot do this for animals because we simply do not know the underlying population genetics. We cannot assume God created two of every animal. All we know is two of each were on the Ark, and we do not know how closely related the pairs were. Even for the clean animals, just because there were more of them does not necessarily mean we should expect more diversity among them today. This is for several reasons. First, clean animals tend to be cared for in flocks, thus they should have a higher level of inbreeding and less genetic diversity from the start. Second, some of them may have been sacrificed or eaten soon after the Flood, thus reducing their numbers (although I tend to minimize the effects of this in my mind).

We have no idea how much genetic diversity existed among most animal kinds.

We must also treat each type of animal according to their population history. Would we expect as much diversity in elephants as we do in mice? No. The former has had a historically smaller population size and has been reduced to very small numbers in recent centuries. They also have a long generation time. The latter has always been numerous and reproduce phenomenally quickly. Thus, there are many species and subspecies of mice, with many karyotypic (chromosomal) differences among them.

And we cannot forget that different ‘kinds’ were created with different DNA repair and maintenance systems. It simply might not be fair to do one-to-one comparisons.

We also cannot discount the fact that some places in the genome are much more variable than others. Usually, when an opponent is claiming there is too much allelic diversity they are focusing on those regions (e.g. the HLA genes).

And we must not forget that Lamarckian inheritance has recently been reintroduced as a viable concept. In fact, recent evidence shows that RNA is absorbed by developing sperm in the epididymis.1,2 Thus, ‘acquired traits’! The ‘Weismann barrier’3,4 has been breached and we can no longer say that strict Mendelian inheritance applies in all cases.

The definition of the word “allele” is also a problem. An “allele” can mean one of several things. If you are considering a single letter in the genome, there are, at most, four alleles (A, C, G, or T). But if you are considering an entire gene, there are as many possible alleles are there are letters (to the fourth power!). Given many generations, chromosomal recombination can lead to an increasing number of ‘alleles’ because the initial versions of a gene get scrambled to make more versions.

Finally, over 4,500 years has gone by. That is plenty of time to account for the accumulation of a lot of genetic diversity. Take humans. The bulk of our variation is biallelic and spread throughout the world. These variations are great candidates for “created diversity”.5 And there is no way to say that God did not front-load Adam and Eve’s reproductive cells with many different genomes, meaning that the genetic diversity of humans today may depend, in part, on how many children they had. There are myriad additional variants that are geographically restricted. These are excellent candidates for post-Flood mutation. Given that there are over seven billion people, and given that we have had thousands of years for variations to arise, why would anyone be surprised that there are genes with more than two versions?

I trust that I have given you and your friend enough to chew on. What seemed like a simple objection to creation is actually a deeply nuanced and interesting walk through disparate fields of details and data. Please take some time to study!

Hi, my question is about Rob Carter’s Three Daughters of Noah video and the three separate MtDNA lineages. Can you tell which son they married?

This is a very interesting question, but the answer is more nuanced than most people expect. First, regarding my video presentation, I have learned to be a little more circumspect about the number of mitochondrial lines on the Ark. In fact, there were a maximum of three (or four if Noah’s wife had a daughter after the Flood). If any of the three girls were sisters, the number of lineages becomes 2, or maybe even 1. If the latter is true, all the variation we see in the mitochondrial genome is post-Flood. And if they are daughters of Noah (in other words, if the three brothers married their own sisters), the question of Noah’s wife is irrelevant because all four women would then have the same mitochondrial genome (discounting any new mutations).

Concerning the question of who was married to whom, this cannot be answered. The reason is that the nations were divided along patriarchal (Y chromosome) lines at Babel. I fully expect the people were freely mixing prior to that. The Bible says they were of one language and one purpose and intentionally sticking together prior to Babel. Thus, the sons of Shem could have married the daughters of Ham, the sons of Ham the daughters of Japheth, etc. This would have scrambled the mitochondrial lineages among the post-Babel clans.

In the end, everybody is descended from Shem, Ham, and Japheth, everyone is descended from the three wives, and the contributions from those six people are approximately equal in all people on earth. Anyone who is tempted to depict Ham with African (or Asian) features needs to think again! These features had to arise after Babel, through inbreeding, within the post-Babel people groups. The only exception is the Y chromosome (which represents but 1% of the genome) that has been passed from those three fathers to the over three billion males alive today, in unbroken lines of descent. But the answer to how many Y chromosome lines we would expect is similar to the answer for mitochondria: it depends on many unknown factors, but the maximum is three, and that only if Noah passed on mutated versions to any of his sons. Being that Noah was so old, it is entirely possible that one or more of the son’s Y chromosomes were very different from their father’s.

Personally, I take comfort in the fact that there are so many possibilities. Yes, on the one hand this makes for complicated and sometimes ambiguous answers. But, on the other hand, it gives us a lot of flexibility in our creation model. We are not easily shoved into a box and discounted by the opposition. 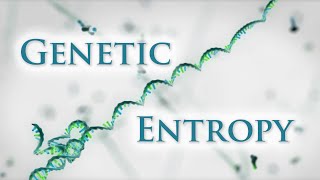