The Attenborough eye-worm argument against God

I saw on tv David Attenborough being interviewed as to why he doesn’t believe in God. He talked about an African worm eating a child’s eye, the implication being if God exists, he is heartless. What would you say to that?

This is not the first time we have heard of this. It seems the ‘African eye-worm’ is Sir David’s go-to answer whenever he’s asked about God. Over a decade ago, CMI-Australia’s Russell Grigg wrote an excellent response to just such an interview in his article Sir David Attenborough: so much to live for; nothing to die for! The relevant extract follows:

God and the eye worm

Andrew Denton: There are plenty of people who would say to you, ‘All very well, David, but God did that.’

It’s ironic that Attenborough claims that evolution is about science, yet his main anti-creationism argument is theological rather than scientific!

David Attenborough:When people want to give God the credit, they nearly always take the example of butterflies or humming-birds or orchids or something lovely. But I think of a little boy sitting on the bank of a river in West Africa with a worm that is boring through his eyeball and which would certainly turn him blind within a few years. Now this God whom you say created every single species must presumably have created that worm … . I don’t find that compatible with the notion of God being a merciful creator God.

If you are a creationist you actually believe that this worm along with tape worms and everything else actually was created at the same time as Adam, and that God said, ‘Okay, I’ll make Adam, and I’ll kick him out with every one of those little animal parasites. … ’ And if He didn’t do that, what has happened presumably is that these worms were related to other worms in the Garden of Eden … in which case they have changed so they couldn’t live anywhere else than where they do now.

Attenborough ignores the Fall, as do most such critics. God did NOT design things this way, but they became this way after sin entered the world. See Death and Suffering Questions and Answers. He sets up a straw man about God creating every single species; rather God created separate kinds that diversified and even speciated. See Speciation Questions and Answers.

Some of the science involved is as follows: The ‘eye worm of Africa’ is called Loa loa and is transmitted to humans by the bite of an infected horse fly or deer fly. The disease is called Loiasis. It can be treated. ‘Diethylcarbamazine (DEC) 5–10 mg/kg three times per day for 3–4 weeks generally kills larvae and eliminates adult worms.’3 The worm lives ‘in subcutaneous tissue [i.e. under the skin] including back, chest, axilla [armpit], groin, scalp, and eyes of the humans’4 so it is not restricted to the eye but may migrate there. It does not need to bore through a child’s eye. Blindness is not inevitable. According to Disease Database: ‘This disease is normally mild and painless.’5

Sir David is presumably talking about the parasite worm called Onchocerca volvulus, which causes a disease called Onchocerciasis or river blindness,6 although this is not designated as the ‘Eye Worm of Africa’ and also occurs in six South American countries. It is a leading cause of blindness worldwide. It is spread by the bite of various black flies. Here too the parasite migrates through the host’s body, eventually to the skin and the eyes. Treatment is by Invermectin.

The adult worms in fact remain restricted to subcutaneous nodules. It is the microfilarial form of the parasite that causes problems by way of an intense inflammatory response (which may even be from the bacteria that ‘come along for the ride’, as antigens related to these, released by the dying parasite, seem to cause most of the inflammation). This response can be intense itching in the skin, but where the organism infects the cornea, this part of the eye can become inflamed. If the infection becomes chronic, the cornea can become scarred with resultant blindness.

Sir David has elsewhere said, and implied again in the wording of this interview, that this worm ‘can live in no other way than in an innocent child’s eyeball’. Without minimizing the tragedy of river blindness, this is on several counts technically incorrect, as we have seen. For one thing, it is not designed to live in the eyeball and nowhere else, as he implies. And as we have already mentioned, degeneration following the Fall can explain many features of today’s parasites, which did not have the same life cycle pre-Fall. See The Creation Answers Book, chapter 6 (also available in pdf).

Incidentally this is the third time (that we know of) when Sir David has regurgitated this standard skeptic line—and the second time he has told it in an interview with Andrew Denton in response to this question about God. See Why doesn’t Sir David Attenborough give credit to God? It’s time for Christians to let Sir David know, by whatever means possible, that his ‘argument’ has been refuted. 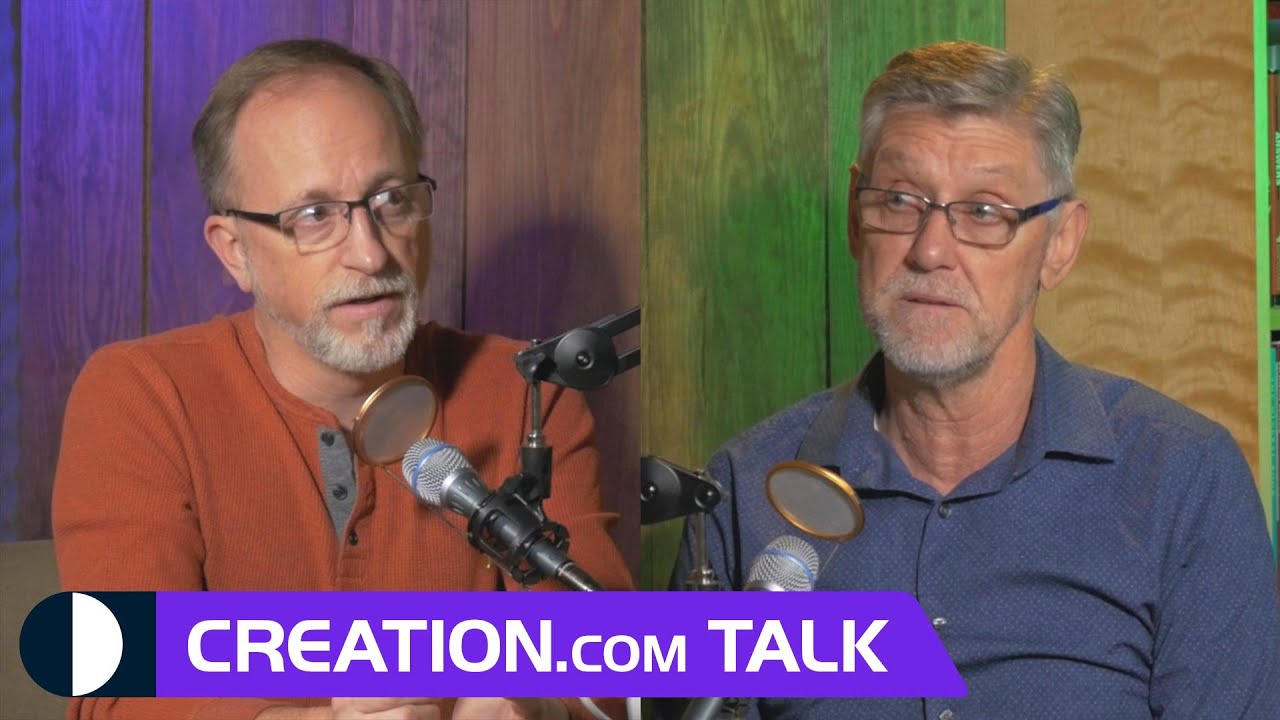