In 1946, in one of the Qumran caves near the north-west shore of the Dead Sea in Israel, a Bedouin shepherd boy, Muhammed edh-Dhib, discovered an amazing treasure trove of ancient scrolls. Manuscripts have now been recovered from 11 caves in the area, a collection known as the Dead Sea Scrolls. More than 900 ancient documents were recovered over a ten-year period.1

Over a third of the scrolls are copies from books of the Old Testament, such as Genesis, Exodus, Kings, and Psalms. In the first cave an almost complete copy of the book of Isaiah was found, and this has been called the Great Isaiah Scroll. A replica of the scroll is on display at the Shrine of the Book at the Israel Museum, Jerusalem. Every Old Testament book, except for the Book of Esther, is represented among the scrolls.2

Researchers consider that the scrolls date from about 300 BC to AD 100.

It is generally considered that an extinct Jewish sect called the Essenes hid the scrolls some two thousand years ago to protect them. They were stored in clay jars sealed with lids, which kept them well preserved. The scrolls were mostly made of parchment and papyrus, although a few were composed of copper.

Based on analysis of the writing, as well as the ages of coins found at the sites, and other methods, researchers consider that the scrolls date from about 300 BC to AD 100. This means that the Dead Sea Scrolls are more than 1,000 years older than the previously oldest Hebrew manuscript of the Old Testament still in existence, which was dated at around AD 1000.3

Comparison of the text of the Dead Sea Scrolls with other manuscripts shows that the scribes have faithfully copied the Old Testament through the millennia. The latest scrolls bring scholars much closer to what authors first wrote in the original documents.

Although there are some slight differences from the later manuscripts, the differences are only minor. Generally they are changes in spelling or punctuation which do not affect the meaning of the original text, or even the pronunciation of words.4

These remarkable finds confirm the faithfulness of the scribal copying processes and provide confidence that the Bible that we have had for hundreds of years has been faithfully copied from the original. They confirm the extreme care that Hebrew copyists showed, compared with copyists of Greek manuscripts.5 It means that the biblical account of human history, of the Creation, the Fall, the Flood, and the other events in the Old Testament accurately reflects what the authors wrote in the original documents. 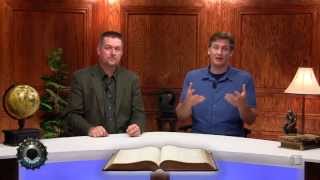