Can death be abolished?1

Helping people to live a long, healthy life is a laudable aim, but for Christians, the idea of living forever in our fallen world is not very attractive.

There is no doubt that life expectancy is higher than a century ago.2 There are now 14,000 centenarians in Britain, and according to the Office of National Statistics, one in three of today’s babies will live to see their 100th birthday. Some scientists and medical experts are even claiming that ageing could be delayed indefinitely.

British doctor Dr Aubrey de Grey believes people who have already been born could live for ten centuries because of ongoing research being done into “repairing the effects of ageing”.3 He hopes ultimately to create treatments that mean death could be postponed by constantly repairing our bodies, so that we can live as long as 1,000 years or possibly even forever. Dr de Grey founded the aptly-named Methuselah Foundation. Its website states that, “By advancing tissue engineering and regenerative medicine, we want to create a world where 90-year olds can be as healthy as 50-year olds—by 2030.”4 Helping people to live a long, healthy life is a laudable aim, but for Christians, the idea of living forever in our fallen world is not very attractive—we look forward instead to the perfections of a new heaven and new earth (Revelation 21:1–5). Plus, it doesn’t solve all forms of death—anti-ageing treatments could forestall (not cure) some types of death but could never prevent death by such things as explosion or plane crash.5

Others have pinned their hopes on a process called cryonics, which involves preserving people’s bodies by immersing them in liquid nitrogen at the super-low temperature of –196°C (–321°F). This is done in the belief that, in the future, cures will be found for whatever caused death, and that the bodies can be brought back to life. Cryopreservation can cost anything from $28,000 to $200,000 (£20,000 to £143,000), and has to be started immediately after death.6 There are currently four facilities where bodies are stored, three in the USA and one in Russia. Most mainstream scientists are skeptical, insisting that there is no feasible way a human body can be brought back to life. Even if it were feasible, how could someone who was revived, perhaps centuries later, sensibly survive the huge culture shock and interact with the world as it would then be?

The origin of death

Those who are attempting to conquer death are 2,000 years behind!

Although death is a physical thing, the reason for death is spiritual, as the Bible makes clear. Referring back to the Fall in Genesis 3, Paul wrote, “sin came into the world through one man, and death through sin, and so death spread to all men because all sinned” (Romans 5:12). Paul also described death as an “enemy” (1 Corinthians 15:26). It was never God’s intention that we should die. Death was an intruder into His “very good” creation (Genesis 1:31). That’s why He sent His only Son, Jesus Christ, to die and rise again so that the sin which brought death can be forgiven and we can receive the gift of eternal life. “For as by a man came death, by a man has come also the resurrection of the dead. For as in Adam all die, so also in Christ shall all be made alive” (1 Corinthians 15:21–22).

The destruction of death!

Those who are attempting to conquer death are 2,000 years behind! As Paul again wrote, “our Saviour Christ Jesus [has] abolished death and brought life and immortality to light through the gospel” (2 Timothy 1:10). This includes new resurrection bodies for all believers in the future (1 Corinthians 15:42–44; Philippians 3:20–21)—how much better than the vain hope of ‘conquering’ death by science (e.g cryonics)!

A final thought: ‘Theistic evolution’, which accepts the theory that humans evolved from non-human ape-like creatures, cannot be reconciled with the biblical view of the origin of death, as it implies that we evolved from ancestors who later died. Rather than being an “enemy” to be conquered, death is seen as part of a process which God supposedly set up as part of His method of creating life. The secularists (who hope to conquer death by scientific means) and the theistic evolutionists (who believe God used evolution) have both got it wrong! 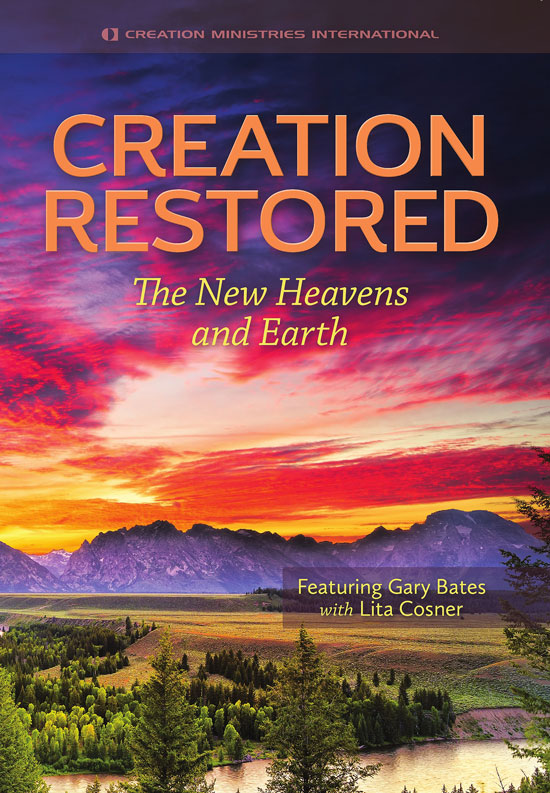