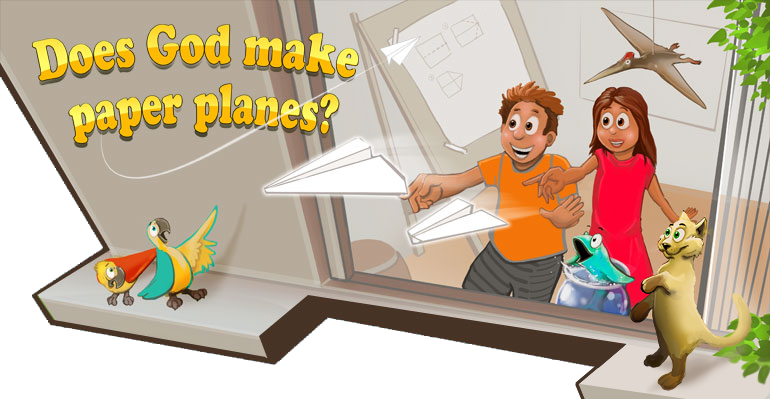 Paper airplanes are such fun to make and fly. Even some grown-ups make paper airplanes as a hobby. Many competitions are held around the world to see who can make the best ones.

How far can you make a paper airplane fly? How long can you make it stay in the air? It depends partly on the size and type of paper you use. You might think your effort is pretty good, but how do you compare with world records, like the one below. 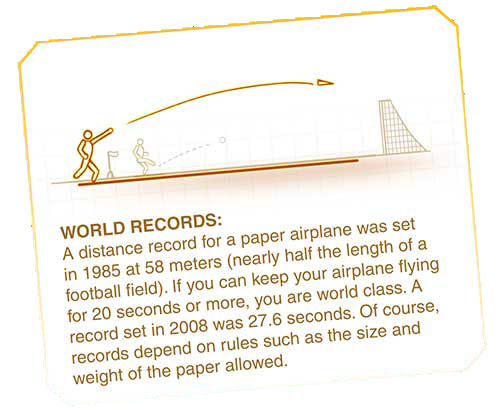 There are two designs for paper airplanes on below. You can make a dart and a helicopter. These designs work with paper or card, but they hardly compare with flying machines like jet planes and rescue helicopters, do they? 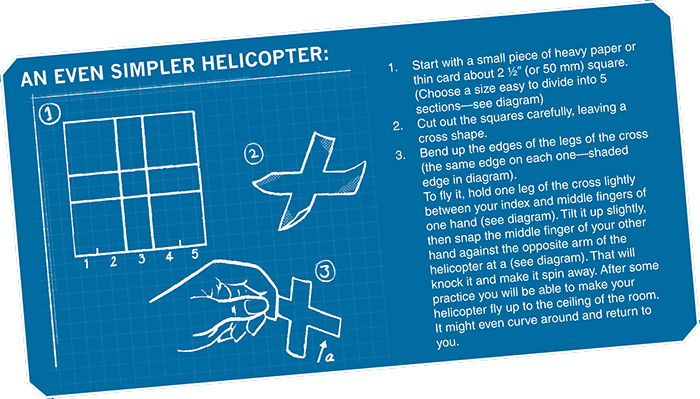 Think about living things that fly, like birds and butterflies, and the other creatures. They are more amazing still. They can fly higher and further than any paper airplane. Also, they can maneuver more delicately. And they can make copies of themselves. Could you make any of those? No? So here’s an interesting question for you: if you couldn’t make a living flying thing, who could?

Someone had to make them, because we know things don’t make themselves. Your paper airplane had to be thought of, then designed, and then made by folding the paper the right way. It didn’t make itself, and it wasn’t an accident. I mean, if you scrunched up a piece of paper and sat on it—would that make an airplane?

Living things, like birds, are no different—the first one had to be designed (created) and made. Only after that could it reproduce and have babies of the same kind. Your paper airplane can’t make a copy of itself, can it? Neither can a jet airplane.

So, who existed before anything in this world was made? Who made up the designs for everything, especially those living things that fly? God, of course. The God we read about in the Bible. He is the only One able to do all that. He was the only One around “in the beginning”.

Nothing that exists in this universe could have existed without someone inventing it beforehand. God did that. He imagined it all, and then He made it all. He is the original and the best Maker, and He didn’t need to practise by making paper airplanes first.