The following feedback is from CMI supporter Josh K. from the United Kingdom:

This video is trending on Youtube and I wanted to hear your thoughts. It is clearly another just so story but they try and explain that it (consciousness) arose from feelings of hunger.

[link removed according to feedback rules]

Is this an acceptable evolutionary example? How can I refute this because this will certainly be used against me at some point?

Thank you for your question about the trending YouTube video, “The Origin of Consciousness—How unaware things became aware”.1

“Like much of what makes us human, our consciousness is likely to have evolved from less complex forms as a product of evolution by natural selection”—Templeton-funded YouTube video.

The short answer to your question is, no, this is not a persuasive case for evolution. The origin of human consciousness remains a profound mystery to secular thinkers, hence this admission at the start of the video: “No one has come close to figuring it out.” That is a crucially important point and it is to the credit of the video producers that they confess this fact at the outset. However, it means that everything that follows in the remaining nine minutes of the video is sheer speculation.

They quickly reveal why it is that they are clueless: “Like much of what makes us human, our consciousness is likely to have evolved from less complex forms as a product of evolution by natural selection.” In other words, they disregard the account of mankind’s beginnings that is clearly taught in such passages as Genesis 1:26–29 and 2:15–25. God has not left us without a witness. He Himself, the Eyewitness to the events of His Creation, has transmitted to us a factual, easy-to-understand record in the Bible’s early chapters. Human beings were supernaturally and perfectly formed by God, complete with minds, consciousness and language. Adam and Eve were able to think, understand and reason, and were free moral agents. Their minds were not subject to the vagaries of our present fallen, sin-cursed world—there was no mental instability, confusion, or weakness because mutations and disease were as yet alien to that pristine world (Genesis 1:31). Our first parents had the free choice to obey or disobey their Maker (compare Genesis 2:16–17 with 3:1–7). Importantly, while it is true that Eve was deceived by Satan’s subtlety, Adam’s disobedience was wilful (1 Timothy 2:14). They were both culpable for their actions, as can be seen in God’s judgment of Eve (Genesis 3:16) and of Adam (Genesis 3:17–19). The Bible’s testimony is plain: human beings were supernaturally created with self-awareness, moral consciousness and ‘God-consciousness’ from the start.

Human beings were supernaturally and perfectly formed by God, complete with minds, consciousness and language.

When people reject the Creator’s revelation to humanity regarding their origin all that is left to them is to speculate. No amount of brain research—e.g. comparing the cognitive abilities of different animals with that of humans, various neurophysiological studies using electroencephalogram (EEG), pharmacogenomic investigations (studying the effects of genes on drug responses), brain chemistry and synaptic transmission, etc.—can hope to resolve this question. Learning more about the brain will bring people no closer to answering the question of the ultimate origin of the brain’s cognition, consciousness and so on. It is for this reason that we hear such comments as these on the video (my bold for emphasis):

Note that I have deliberately truncated each of the above statements (hence the ellipses). I have not even stated what they go on to say, let alone discuss their ideas.2 Why not? Because, wild speculations about origins (and especially about something as complex and mysterious as consciousness) are utterly without value. There is no “probably” about it. Their ideas are simply the product of imaginative minds—this in spite of the fact that they have been published in learned journals. There is no more likelihood of the correctness of these ‘scholarly’ ideas, than the fanciful ideas of any layperson.

It is noteworthy that the video is part of a series of videos entitled “Big Questions of Life and the Universe”. The credits show that this video and others like it were made possible by a grant from the Templeton World Charity Foundation, assumed by many to be Christian because of its ostensibly humble approach to the study of theology and science. However, the reality is that Templeton Prize money is being used to promote the ancient, devilish question, “Did God actually say … ?” (Genesis 3:1).

True Christianity unashamedly stands upon the authority of Holy Scripture. Christians must be sure of the ground upon which they are standing. Then, they will be able to refute ideas of this sort, by knowing and believing what God has said and written. His Word is unbreakable (John 10:35), pure (Psalm 12:6), trustworthy (Psalm 111:7) and true (Psalm 119:160, John 17:17). This attitude does not kill scientific enquiry into the fascinating world of the human mind and consciousness. On the contrary, it provides a fruitful platform upon which to explore the many marvels of our created world:

Great are the works of the Lord, studied by all who delight in them. Full of splendor and majesty is his work, and his righteousness endures forever (Psalm 111:2–3).3 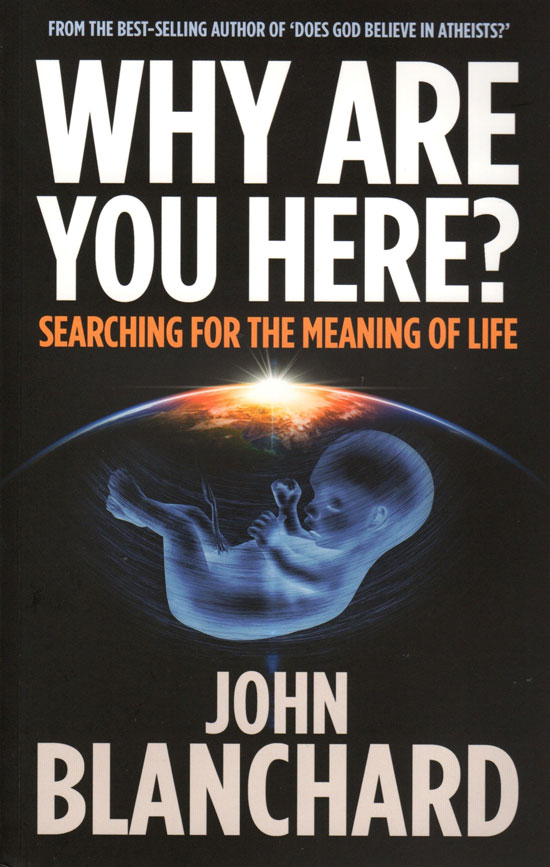 Why Are You Here?
by John Blanchard
US $16.00
Soft Cover
Electrifying Nervous System, The
by Dr Lainna Callentine
US $16.00
Hard Cover