Coal beds formed from plant debris catastrophically buried by Noah’s Flood about 4,500 years ago? Evolutionists believe that the material in coal beds accumulated over millions of years in quiet swamp environments like the Everglades of Florida. Evolutionary geologists often object to the creationists’ explanation of coal bed formation, so what are their arguments and what answers do we give to them?

Some geologists have claimed that even if all the vegetation on earth was suddenly converted to coal this would make a coal deposit only 1-3% of the known coal reserves on earth. Hence at least 33 Noah’s Floods are needed, staggered in time, to generate our known coal beds. Therefore a single Noah’s Flood cannot be the cause of coal formation.

This argument is based on valid estimates of the volume of vegetation currently on today’s land surfaces. But it assumes that at least 12 metres of vegetation are needed to produce one metre of coal (eg. Holmes, 1965). Modern research shows that less than two metres of vegetation are needed to make one metre of coal. Some observations made by coal geologists working in mines (e.g. the compaction of coal around clay ‘balls’ included in some coal beds) suggest that the compaction ratio is probably much less than 2:1 and more likely very close to 1:1. These observations destroy this objection to coal bed formation during Noah’s Flood, since instead of today’s vegetation volume only compacting down to 1-3% of known coal reserves, today’s vegetation volume would compact down to at least 30% of the known coal reserves. But where did the remainder come from?

But this all assumes that the area of land surface available for vegetation growth has always been the same.

But this all assumes that the area of land surface available for vegetation growth has always been the same. This assumption simply is not correct. In Genesis 1:9-10 we are told of God’s work at the outset of the third day of Creation Week, when He gathered the waters (which initially covered the entire globe) into one place so as to let the dry land appear. God called the waters ‘seas’ (plural), but they were gathered together in one place. This implies that, instead of land masses surrounded by seas (today’s world), in the pre-Flood world there was one sea surrounded by one large land mass. The language used in Scripture also implies that there was probably more land area then on the face of the globe than ‘seas’ (see Taylor, 1982). This being the case therefore, it is likely that there was at least twice as much land area available for vegetation growth in the pre-Flood world compared with today’s world (i.e. at least 60% land versus 40% sea in the pre-Flood world compared with today’s roughly 30% land versus 70% oceans). If then this vast land area was under lush vegetation, then we can account for 100% of the known coal reserves.

But there is another way of comparing vegetation growth and volume with the known coal beds, a way that is probably far more reliable, and that is by comparing the stored energy in vegetation with that in coal. International authority on solar energy, Mary Archer, has stated that the amount of solar energy falling on the earth’s surface in 14 days is equal to the known energy of the world’s supply of fossil fuels. She also said that only . 03 % of the solar energy arriving at the earth’s surface is stored as chemical energy in vegetation through photosynthetic processes. (Journal of Applied Electrochemistry, Vol. 5, 1975, p. 17) From this information we can estimate how many years of today’s plant growth would be required to produce the stored energy equivalent in today’s known coal reserves:

So we can conclude that only 128 years of plant growth at today’s rate and volume is all that is required to provide the energy equivalent stored in today’s known coal beds! There was, of course, ample time between Creation and Noah’s Flood for such plant growth to occur—1600 years, in fact.

Either way, whether by comparison of energy stored in vegetation growth and in coal (i.e. the time factor), or by vegetation growth, climate, geography, land area and compaction ratio (i.e. the volume factor), we can show conclusively that the evolutionist’s objection is totally invalid. There was ample time, space and vegetation growth for one Noah’s Flood to produce all of today’s known coal beds. 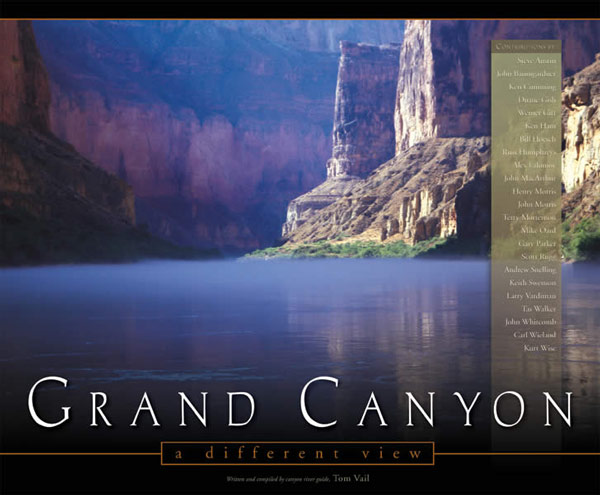