The late English mathematician John H. Conway (1937–2020; figure 1) invented the cellular automaton named the ‘Game of Life’. For many years at Cambridge University, the remainder of his career (from 1986) was at Princeton University.

His Game of Life comprised of a grid of cells that ‘live’, ‘die’, or ‘multiply’ in a series of steps or ‘generations’ based on a few simple mathematical rules. Gardner1 lists the rules as:

Indeed, regarding the physical world, theism explains what we observe much better than naturalism, not just in terms of where it came from, but also why it runs.

“1. Survivals. Every counter with two or three neighboring counters survives for the next generation.

“2. Deaths. Each counter with four or more neighbors dies (is removed) from overpopulation. Every counter with one neighbor or none dies from isolation.

“3. Births. Each empty cell adjacent to exactly three neighbors—no more, no fewer—is a birth cell. A counter is placed on it at the next move.”

The development of the pattern is determined entirely by the rules and the initial configuration of the ‘live’ squares. And all sorts of patterns can arise throughout the course of any given run, depending on the initial conditions. And some patterns can be very complex.

Does this ability of Conway’s Game of Life (CGoL) to produce amazingly complex patterns from such a simple set of rules support the idea that life came from non-life naturalistically? N. asked CMI about this:

I am sorry if this is bothersome or if I haven’t done my (re)search on your immensely helpful website properly but I would like to ask you to help me, possibly point me in the right direction.

I am a pretty inexperienced and relative recently converted believer and I tried preaching the Gospel to my dear friend who is an atheist and is also very knowledgeable when it comes to science and many general ‘life things’ compared to me, so unfortunately I can’t do effectively in this regard. My preaching did not seem to change anything (and do I know that the change is not supposed to come through me), however my friend did mention that because of Conway’s Game of Life he knows that complex systems can easily arise out of simple rules so he doesn’t believe God is required for the complexity of life to arise. He also says he can appreciate the beauty of animals and sunsets but he knows the latter is just a chemical and the former is just a set of cells and there is nothing really remarkable about them. I should mention that my friend also suffers from severe depression and his views on whether something is beautiful or not may change depending on it, so his animals and sunset comments might actually depend on his views.

Sorry if this was incoherent, I am feeling a bit distressed and sad due to the outcome of this conversation, but I thought you could possibly help me with his Game of Life statement or direct me in the right direction overall.

Sorry if it was a bother

Thanks for writing in. Here are some thoughts below. I hope you find them helpful.

Is a life-producing world designed?

Let’s assume, for the sake of argument, that Conway’s Game of Life (CGoL)2 shows that complex systems can arise spontaneously with a system that operates by a few simple rules. Two questions: how did the CGoL arise? What keeps it operating consistently? The system itself didn’t arise naturalistically. It was designed by John Conway. And it can only be made to run consistently on intelligently designed computers supplied with a constant stream of electricity from an intelligently designed power system.

But perhaps your friend would respond, ‘physics produces random and open-ended outcomes!’ And I would agree. But this is no help for naturalism. After all, we can ask the same two questions of the physical world that we asked of Conway’s Game of Life: how did the system arise? What keeps the system operating consistently? Like CGoL, there are good reasons to think it is contingent and has a beginning. It is also structured according to certain rules; indeed those rules by which the physical world runs are scientifically discoverable and describable by mathematical principles. Those rules, moreover, are no less contingent than the rules that govern CGoL. However, they are a whole lot more complex. But there’s one way the life-permitting nature of the physical world goes beyond that of CGoL; it is radically fine-tuned for the existence of life. Indeed, this fine-tuning only speaks to the physical world being life-permitting, not that it can spontaneously produce life from non-life. So, it is fine-tuned for a lesser outcome than we assumed in the case of CGoL.

Theism and atheism are starkly different worldviews, and only theism gives us ultimate meaning.

And, what powers the physical world? We take it for granted that it runs, but what makes it run? Theism provides a simple answer: God sustains it. What’s the naturalistic answer? Nature must run? Except there’s no reason to think that. There isn’t even reason to think the precise nature and number of all (or even just a subset of) the subatomic particles in the physical world had to be the way they are, let alone must run the way they do. Or perhaps it just does, and there’s no explanation needed? But we know we need an explanation for CGoL, so why does the physical world get an exception? Indeed, why should we prefer naturalism, if it says there’s no explanation needed, over theism, which actually has an explanation? The problem, at the end of the day, is that the foundation for why nature runs at all is clear on theism, but it’s a mystery on naturalism (God, miracles, and logic).

In terms of indicators of design, the physical world either matches or exceeds what we find in CGoL, and we know that CGoL is a designed system. So, why not conclude that the physical world is probably also designed? Indeed, regarding the physical world, theism explains what we observe much better than naturalism, not just in terms of where it came from, but also why it runs. At the very least, it seems we should be looking for some sort of designer for the cosmos who can also guarantee its consistent operation. It would be a very strange atheism that affirms that (David Hume and divine design)!

Does Conway’s Game of Life show that complex systems can arise from simple rules?

But does CGoL actually show that complex systems can arise from simple rules? Not exactly. After all, there’s something your friend failed to account for in CGoL: the initial conditions of the system are not specified by the rules. They must be inputted independently. Does this mean they need to be inputted by an intelligent designer? No. We can imagine a cat walking across a keyboard giving us a randomly distributed set of initial conditions. But what sort of patterns is that likely to produce? It seems pretty easy for something like the most basic glider discovered in the system (figure 2) to arise from initial conditions caused by a cat walking across the keyboard. However, can the same be said of a pattern like Gemini?3 Clearly not. So, just because CGoL allows for the existence of patterns like Gemini doesn’t mean it’s easy for such patterns to arise within CGoL via undirected means. It’s still the case that intelligent design is the best explanation for some such patterns. But how to tell the difference? Well, this paper made a rather successful attempt using precisely CGoL: “Algorithmic Specified Complexity in the Game of Life”.4 See also Stephen Hawking: Is there meaning to life?

At any rate, the parallel to the physical world at this point should be obvious: while we’re sure the world we live in is life-permitting, it’s far from clear that life can arise from non-life in an undirected manner (see Origin of life; saying ‘it’s far from clear’ is ridiculously generous). Indeed, the physical world runs on a much more complex set of rules and constants than does CGoL, and cellular life is far more complex and specified than even patterns in CGoL like Gemini. In other words, CGoL supports the conclusion that the universe is only life-permitting, and not spontaneously life-producing.

It seems your friend accepts that atheism implies everything is just stuff that happens. There is no ultimate or objective meaning or purpose to existence. You should agree with him. That’s what atheism implies.

But what should he do with that? You said he struggles with depression. I wonder if this sort of thinking may contribute (See Can atheists know meaning and purpose?). But whether it does or not, it’s interesting to think about how atheists have reacted to the ultimate meaninglessness of life in an atheistic world. There have been all sorts of reactions: sadness, joy, defiance, acceptance, grim resignation, amusement, irony, indifference. But I find it supremely ironic that some atheists will defend one response or another as the most reasonable reaction to the inherent meaninglessness of life in an atheistic world. Why think any reaction is more reasonable than others? Not only is life meaningless given atheism, all reactions to the meaninglessness of life on atheism are themselves meaningless. React how you want; no reaction is more ‘rational’ than others, since none of the reactions matter, anyway. Do what you want … or don’t. It doesn’t matter (When atheism seems easy).

Of course, there are always those plucky few atheists who try to insist that there is meaning to be had in an atheistic world. Usually, they say they can make their meaning. Except no: they can only make their lives feel meaningful to them (and perhaps a few other people). But there is no actual ultimate meaning in anything they are or do. Once they’re dead and forgotten, their ‘meaning’ will be just as dead and forgotten as them. Of course, they won’t be around to care, so even this doesn’t matter.

So, is this an argument for theism? Some might find it compelling. It certainly fits well with the design considerations above. But the point is more to show that there really is something important to consider, here. This question matters. Theism and atheism are starkly different worldviews, and only theism gives us ultimate meaning. And if, as I’ve argued above, there are good reasons to consider theism a better worldview than atheism based on the very notions that your friend thinks favour atheism, then perhaps he should reconsider his atheism. He may just find that purpose in life that he knows he can’t find in atheism. 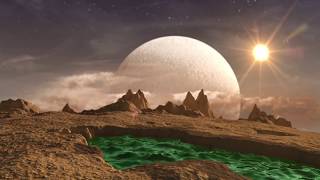 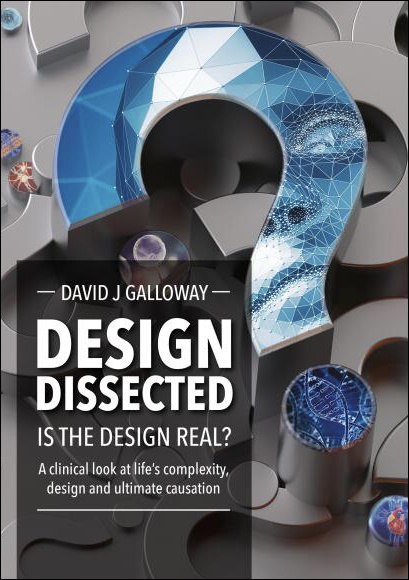 Christianity for Skeptics
by Drs Steve Kumar, Jonathan D Sarfati
US $13.00
Soft Cover
It appears you've already subscribed!
We've just sent you an email that will allow you to update your details.
Thanks for subscribing