David Attenborough’s Conquest of the Skies: The first to fly

This is the title of a TV program, in which Sir David Attenborough presents the different flying modes of dragonflies, Atlas beetles, butterflies, moths, and flies in an alleged evolutionary sequence spanning 320 million years. This article discusses this concept and the evidence for and against it.

Attenborough shows viewers a dragonfly fossil and says: “This specimen is about 150 million years old.” And then concerning a fossil wing: “At nearly 300 million years, this is the oldest wing yet discovered.” He provides no actual evidence for these dates and admits: “Ancient and modern wings share a structure that is strikingly similar.”

However, he does provide interesting evidence of how a wing provides lift. He blows across the top of a strip of paper that he is holding vertically, which causes the end of it to rise because he has lowered the air pressure along the top of it. This simulates the effect of the dragonfly’s wings (of which it has four) to propel it upward as well as forward. He says: “Dragonflies have remained virtually unchanged for millions of years.” But he provides no evidence as to how this flight mechanism developed in the past, or what it developed from.

He says the ability to fly “enabled them to find food, to escape from predators, and to travel to new territories in search of a mate.” We suggest that this ability is better seen as evidence for God’s design of dragonflies when He created them, as recorded in Genesis.

The origin of all these beetles is not a chapter in any evolutionary story, but is given in Genesis.

According to evolutionists, dragonflies are ‘primitive’ flying insects. The first reason is their alleged age (claimed above). Another reason is an evolutionary theory of how flight evolved. As explained in Darwinopterus v Dawkins, Richard Dawkins’ mentor John Maynard Smith (1920–2004) proposed that the earliest fliers had long tails for stability but could not manoeuvre well. More advanced fliers supposedly had shorter tails, giving less stability but more manoeuvrability. But they had evolved more sophisticated sensory equipment and brain power to stabilize in place of the tail.

But anyone who has seen dragonflies knows that they are very manoeuvrable. They have very sophisticated sensory equipment and brain power. They can track insect prey in a way that the prey sees their tracker as stationary. And human designers, including creationist Dr Stuart Burgess, are trying to model the very elaborate dragonfly flapping to make a micro air vehicle. Yet human designs that try to copy the tracking or flapping need advanced computer programming. The dragonfly does it with a brain the size of a pinhead!

Attenborough’s subsequent participant in what he calls: “the next chapter in our evolutionary story of the flying insects” is the Atlas Beetle. Following on after the dragonflies, he tells viewers: “Then around 20 million years after their arrival, a new kind of flying insect appeared.” He says concerning this, that when the larva emerges from the ground and turns into an adult, it is “one of the biggest [insects] in the world”, “a hefty powerful creature”. And: “burrowing and munching around could injure delicate flying wings”, so Atlas beetles “have hardened the front pair [of wings] to form a pair of protective covers, and the delicate flight pair [of wings] are stored away in safety underneath.”

Evidence of why these huge insects formed some 20 million years after the dragonflies would have been interesting, as would evidence for how this curious protective mechanism arose.

We are told: “There are over 370,000 different species of beetle so far discovered.” But we suggest the origin of all these beetles is not a chapter in any evolutionary story but is given in chapter 1 of Genesis. God created many creatures with lots of genetic diversity, and beetles are an especially vivid example. Some use a pulsed combustion chamber as a defensive weapon. Another has such an advanced jumping mechanism that human robotics engineers are trying to copy it;

According to Attenborough: “Around 57 million years ago, came another key development in the history of flight. A new type of insect appeared with two pairs of wings … butterflies.” No reason for this age is given, but viewers are told: “A butterfly’s overlapping wings, compared to the size of their bodies, are enormous, around ten times the size of other insect wings.” And, with reference to their beautiful wings, Attenborough asks: “How are these flying advertisements created?”

“The secret lies in the microscopic structure of the wing surface. These overlapping scales, lined up like tiles on a roof, have evolved from bristles that were once tiny sensors. Some contain tiny packages of pigment that give the wings colour. Others have a complex structure which splits the light, so that when viewed from a particular angle, it reflects a brilliant iridescence.”

Butterflies were created, not by any evolutionary ‘open sesame’, but by Almighty God.

Two good examples of the above are the blue morpho (Morpho menelaus) of South America and the male mountain blue don (Papilio ulysses) of northern Australia. One butterfly manages to produce not one but two iridescent signals.

Butterflies indeed do have intricately designed wings. And their flapping is actually a wide range of complex motions that optimize lift.

So how and why did “this new type of insect” happen? Viewers are not told, other than that it “appeared”, and that the wings “evolved from bristles that were once tiny sensors”. Again, how? We suggest that the answer is in the words of Attenborough’s own question above. Butterflies were created, not by any evolutionary ‘open sesame’, but by Almighty God, as He has recorded for us in His Word, the Bible.

Viewers are told: “Moths probably evolved to fly at night to avoid predators.”

But what did they evolve from? And why just them?

Like butterflies, moths have elaborate wing designs and flapping motions

Concerning the fly and the larger version, the blowfly, viewers are told: “Its ancestors have been buzzing around for at least 250 million years.” Really? What is the evidence for this figure?

The fly is undoubtedly amazingly agile, gathering flight data via its eyes, and having a sensory organ called a haltere, which helps stabilize the fly in flight. In fact, even last millennium, CMI had pointed out (contra Attenborough):

This evidence (as well as that from the fossil record) strongly supports the belief that flies were created as flies, complete with all the necessary sophisticated precision machinery for them to astonish us with their performances. Obviously, at least some of the fly types today function as part of the Curse on a fallen Creation due to Adam’s sin (see Destructive parasites: expressions of God’s creation?).

“And God said, “Let the waters swarm with swarms of living creatures, and let birds[a] fly above the earth across the expanse of the heavens.” So God created the great sea creatures and every living creature that moves, with which the waters swarm, according to their kinds, and every winged bird according to its kind. And God saw that it was good. And God blessed them, saying, “Be fruitful and multiply and fill the waters in the seas, and let birds multiply on the earth.” And there was evening and there was morning, the fifth day.” (Genesis 1:20–23) 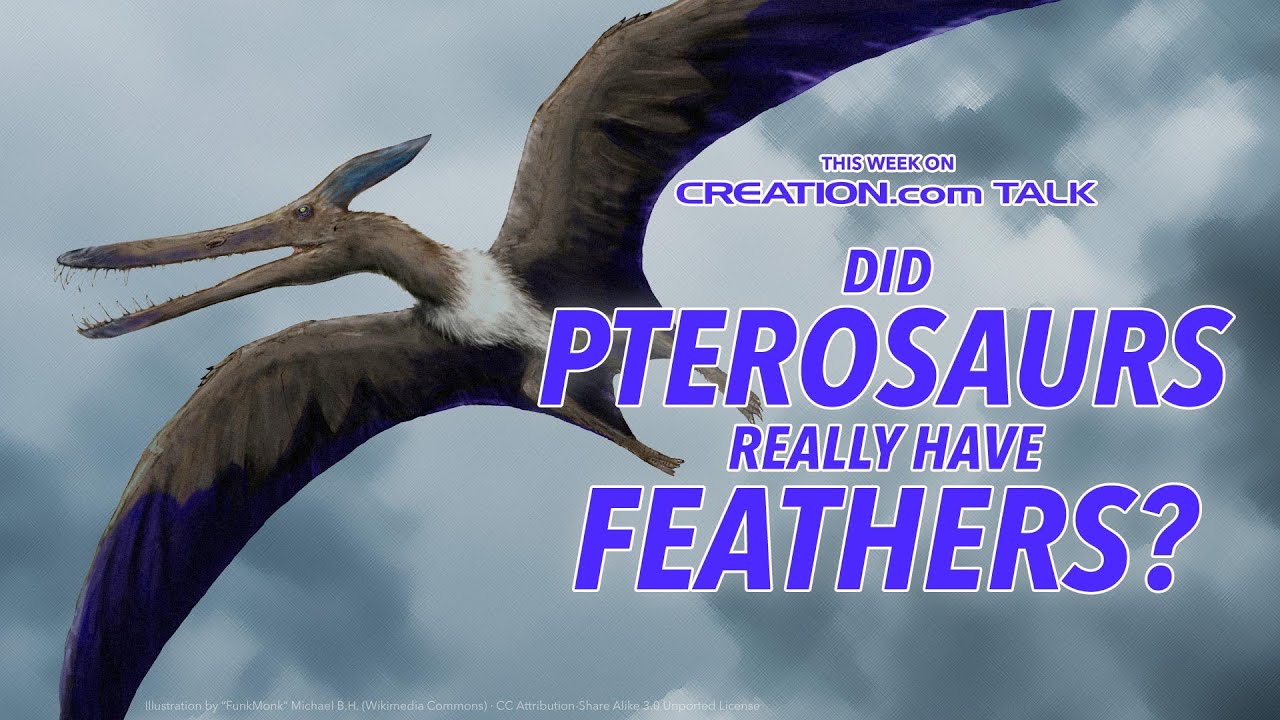 Did Pterosaurs Really Have Feathers? 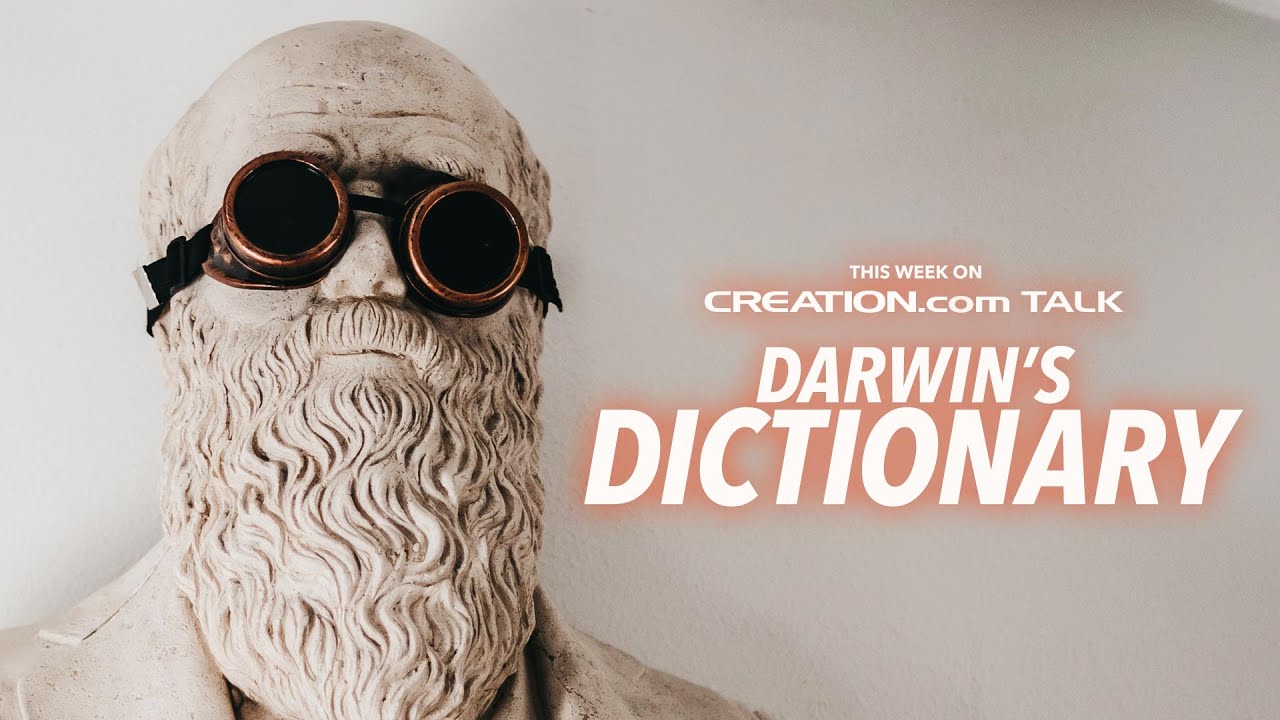