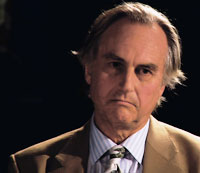 In a recent letter to The Times, London,1 atheist Richard Dawkins mocked Christians and the Gospel. He wrote: “Your entire religion is founded on an obsession with ‘sin’, with punishment and with atonement. … Jesus was supposedly tortured and executed to atone for sins that, any rational person might protest, he had it in his power to forgive, without the agony.”

So does Dawkins have a point? In reply, we must first consider the following about God.

Everything about God is infinite

God inhabits eternity (Isaiah 57:15). If this were not so, there could be some part of the universe or of existence where God was not present, and so that part would be greater than God. Similarly God is omnipotent, otherwise some thing or person could be more powerful than He. Likewise God is omniscient—He is not limited by anything in His creation; and there is nothing He lacks control over. God is infinite in His being, as well as in His nature or attributes, namely His holiness, His righteousness and justice, His goodness, His love, His mercy, and His grace. Furthermore, He is also infinite in His authority over everything in the universe.

God is infinite in His holiness, His righteousness and justice, His love, and His authority over everything in the universe.

God’s first recorded activity—the creation of the earth and everything in it, and the universe and everything in it—was declared by God Himself to be “very good” (Genesis 1:31). Within this framework, the record says that God created the first man and woman (Adam and Eve) and gave certain instructions as to what they could do and what they must not do. When they disobeyed these specific instructions, this was an insult to God’s holiness and authority. If we as mere humans are insulted when someone disobeys our limited authority, how much more of an insult is it to disobey an infinite authority?

What of God’s mercy and love?

The Ten Commandments were not ‘The Ten Suggestions’.

Well they are infinite too. But how can the infinite authority and holiness of God be upheld simultaneously with His infinite mercy and love? The way God resolved this was by providing a Substitute to suffer our punishment in our place (Isaiah 53). This Substitute couldn’t be just anyone. He had to be fully human to substitute for humanity (Hebrews 2:14–17), and perfectly sinless so He would not have sins of His own to atone for (Hebrews 7:27). Furthermore, the Substitute had to be fully divine to endure God’s infinite wrath (Isaiah 53:10).2

Thus God Himself paid the penalty for our sin by sending His Son, the Lord Jesus Christ, the second person of the Trinity, to die for the sins of the world. And we see Christ’s resurrection from the dead as proof that God accepted the death of Christ, and that the penalty for sin was “paid in full” (Romans 6:9–10).

Why should there be a penalty for sin?

A law without a penalty is little more than a suggestion. For example, how many motorists would put money in a parking meter if there was no penalty for not doing so? The Ten Commandments were not “The Ten Suggestions”.

Could God simply forgive our rebellion without exacting any penalty, as Dawkins suggests? No. The Bible states “If we confess our sin, He [God] is faithful and just to forgive us our sin … (1 John 1:9), but why does it say that God is “just” to do so?

Answer: God can justly forgive us our sins, only because the penalty has been paid by Christ. Without this supreme sacrifice, so-called forgiveness would be unjust, and incompatible with God’s infinite holiness.