Why do we need special revelation?

What is deism? In essence, it’s a belief in a divine creator of the universe and a rejection of ‘revealed religion’. Deists reject claims that God has revealed Himself to particular people in particular times and places (i.e. special revelation, such as e.g. the Bible or the Koran claim to be). Instead, deists believe the creator is known solely through reason and experience. Deists in the 18th century were the prime movers behind deep time thinking, including James Hutton, the so-called ‘father of geology’ (see St Hutton’s Hagiography). Moreover, the father of uniformitarianism, Charles Lyell, who had a massive impact on Darwin (see Darwin, Lyell and Origin of Species), was also a deist (see Charles Lyell’s hidden agenda—to free science “from Moses”).

There is general agreement among deists that, after the initial creation, miracles never happen and the creator doesn’t ‘intervene’ in the cosmos or human lives. Beyond this, however, there is much diversity among deists about the nature of the creator and how we should relate to ‘it’. However, despite this diversity, the basic attitudes of deism give us a clear way to test the broad ideology. We can ask of it a simple question: is general revelation enough?

To figure out whether general revelation is enough, first we need to ask: is there anything about the nature of God that would force us to reject the notion of special revelation? Here it may depend on the ‘creator’ the deist reasons to. Scripture declares that general revelation gives us all sufficient information to know that God exists and should be worshipped (Romans 1:19–20) (see General and Special Revelation and Scripture and general revelation). Now, God should only be worshipped if He is worthy of worship; i.e. He is infinite/absolutely perfect/the greatest conceivable being/transcendently unique etc.

However, many deists reject the infinite God of general revelation Scripture points to and opt for a finite ‘god’ who is merely sufficient to explain the cosmos. But that raises the question: why stop the explanatory chain at a finite creator of the cosmos? That would be arbitrary. Sure, the cosmos will have been sufficiently explained. However, finite beings are limited by conditions outside their nature, so they are neither self-sufficient nor absolutely necessary, as only an infinite being can be. As such, if the creator of the cosmos were a finite being, it would still require an explanation for its existence (see Contingency argument: Why is there something rather than nothing?). More broadly, while an infinite being would be a sufficient though unnecessary explanation for any one finite being, it alone is sufficient and necessary to explain the whole series of finite beings. Otherwise, we are forced to posit an infinite regress of finite beings, which is metaphysically impossible (see Doubt your doubts!). Deists can’t avoid the infinite God of general revelation, as Romans 1 implies.

Not only that, if a finite ‘god’ were the ultimate being, moral arbitrariness would result. A finite being cannot be the ultimate judge, because it could be corrupt, fooled, and overruled. It couldn’t guarantee any good consequences for the ‘righteous’, or any censure for the ‘wicked’ (What is ‘good’? (Answering the Euthyphro Dilemma). As such, our actions would have no ultimate moral significance. In effect, such ‘limited deity’ deism is no different in moral consequence from atheism.

But would the infinite God of general revelation produce special revelation? This is perhaps the deist’s most plausible-looking objection—that God neither needs nor wants to specially reveal Himself. Why think this? Deists typically suppose that general revelation is enough, and special revelation has the disadvantage of being localized, so that its effect is limited by how far the news spreads from the point of origin. However, both objections are problematic.

If general revelation were enough, we would expect some sort of ‘natural religion’ akin to deism to be a prevalent feature of human history. It’s not. Few in history have held to anything like it. Deism only arose as a semi-coherent movement in a thoroughly Christianized context over 1,500 years after Christianity began. Even then, it failed to gain many followers.

we can trust Him to judge everyone justly, based on the revelation they had access to

Moreover, if God holds us accountable for our response to general revelation, the failure of almost everyone in history to respond to it positively means that practically all are doomed. The infinite God of general revelation is morally perfect, and indeed the standard of goodness. If He were not, He would not be worthy of worship. But if God is the perfect standard of goodness, He is the standard He holds us to. To do any less would be less than good, which He cannot do, since He is perfectly good. This is reflected in Matthew 5:48: “You therefore must be perfect, as your heavenly Father is perfect.” Any attempt to lower the standard God holds us to implies God is less than morally perfect, and is thus not worthy of worship (which, as we’ve seen, contradicts what we learn from general revelation). So, because everyone fails to live up to God’s standard of moral perfection, deism implies all are doomed. Would God be just to condemn everyone? Yes. But gracious? Not so much. Thus, whichever revealed religion one opts for, none of them seem to damn as many people as deism would.

Only if one supposes that God does not order history could one say that the localized nature of special revelation is a problem. But what justification is there for saying God does not order history? Appearances to that effect inferred from our own reason and experience (which are the only resources the deist has) are far too limited to justify the leap from ‘no discernible plan’ to ‘no plan’.

What’s the purpose of special revelation?

One of the primary purposes of special revelation is to tell us how to be reconciled with God despite our moral failures. It would make no sense for general revelation to include such information if we didn’t need reconciliation. As such, there really isn’t a way to avoid a supernatural ‘intervention’ by God at some point after we first sinned to give us the needed information to be reconciled to Himself, even if such a revelation was generally given (accessible to all people through nature and reason). However, this scenario assumes that God only needs to embed extra information into nature to provide adequately for our salvation; but that’s far from clear. Perhaps God Himself needs to take specific action to save us. If that’s true, then there’s no avoiding the historically conditioned nature of special revelation. (See: Is God obscure and arbitrary in what He wants from us?)

deism arbitrarily borrows Christian assumptions without the framework in which they make sense.

Perhaps the deist would respond that nature tells us that repentance/faith is all one needs to be set right with God. But it’s not clear that this is true. Consider a religious practice that was once ubiquitous—animal sacrifice. If it’s obvious from nature and reason that God forgives us just through repentance/faith, why was animal sacrifice practiced so broadly in antiquity? Deists don’t sacrifice to God, so presumably they agree that nature does not testify to the necessity of animal sacrifice. But if so, why don’t we see theistic belief without sacrifice more universally? God seems to be a very poor communicator through nature if nature really does tell us that repentance/faith is all we need to be right with God. But that leads us back to the problem that practically nobody will be saved based on deism.

Indeed, it only seems to be in cultures where Christianity has had some input that theistic belief without sacrifice has arisen!1 Philosophical theists in antiquity didn’t abandon the local temple cultus. Jews only ‘abandoned’ the temple cultus after their temple was destroyed. Islam (partially) adopted the anti-sacrifice attitudes of the Judaism and Christianity it responded to. Modern deists arose in a thoroughly Christianized context where temples hadn’t existed for centuries. Christianity ended sacrifice because Christ was the perfect sacrifice that ended the need for other sacrifices. Modern deists don’t feel a need to sacrifice to God because they presume a Christian approach to God, but do so without the special revelatory reasons Christians have for it. In other words, deism arbitrarily borrows Christian assumptions without the framework in which they make sense.

Only if there were no need for a remedy to our moral problem before God would revealed religion be unnecessary. But why would there be no need for such a remedy? No remedy would be needed if God was going to doom us all for our moral failures, or if universalism were true, or if we all ceased to exist at some point. Only the first of these options preserves a semblance of ultimate moral significance, and only then for our first sin. But if we’re all inevitably going to be doomed, what would be the point of living in the first place? And it would be even worse if everyone ultimately just went to heaven, or if everyone ultimately just ceased to exist. In either case, our future would be secure regardless of how we behaved, so our moral actions now would have no ultimate significance. We could do what we wanted without any fear of retribution. However, that’s inconsistent with an all-good God who creates moral agents. Why would God create moral agents whose moral actions have no ultimate moral significance? 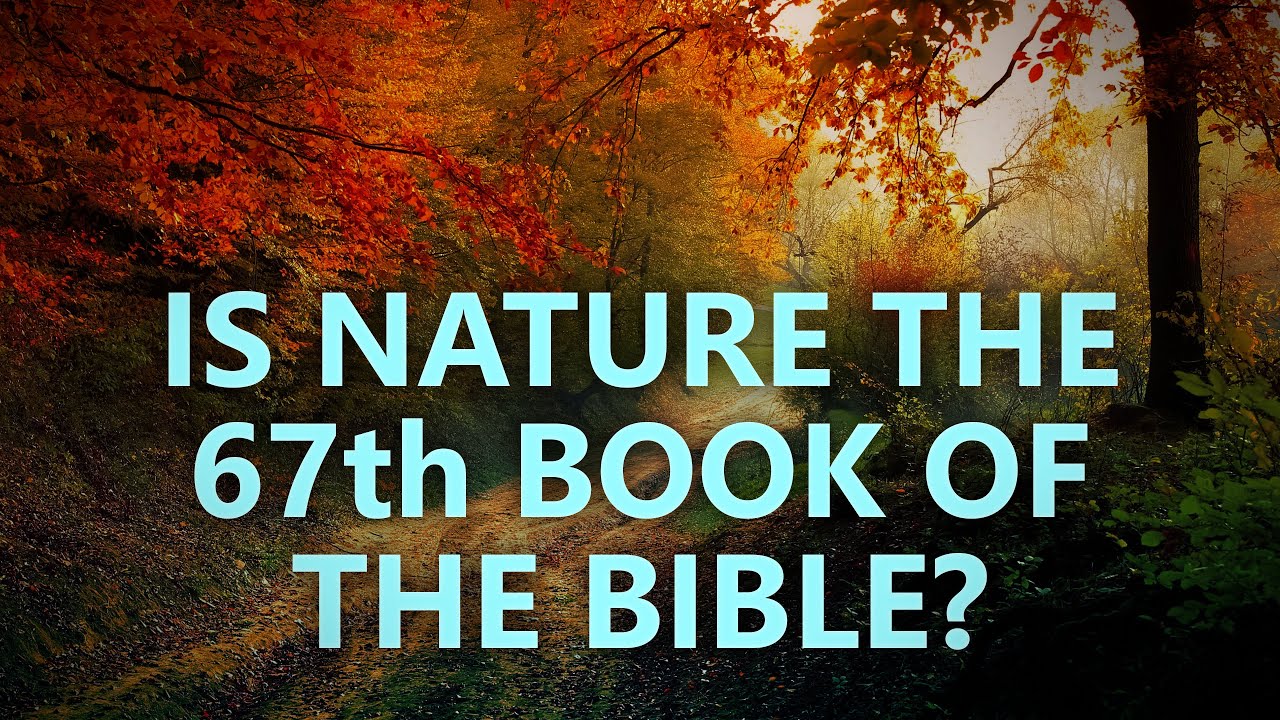 Is nature really the 67th book of the Bible? 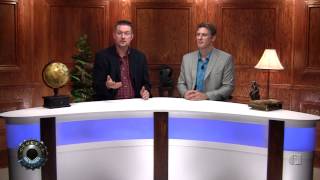 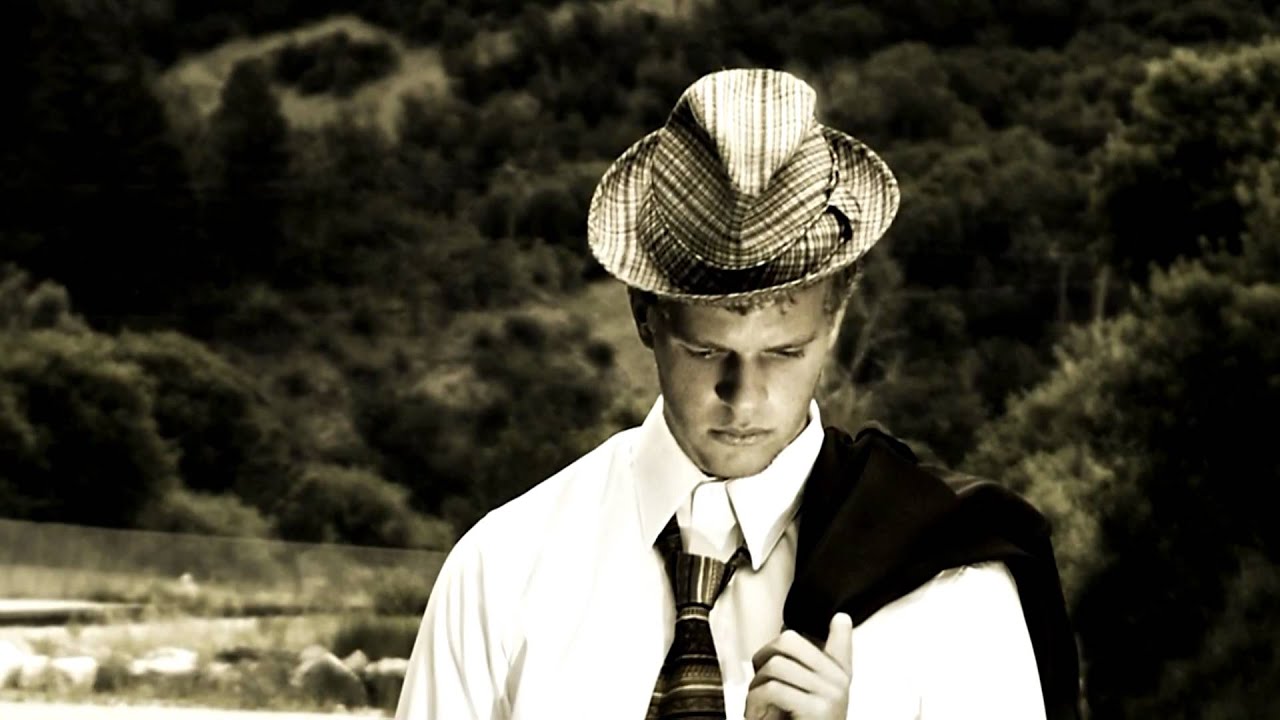