Evolutionists have claimed that the early atmosphere during the Archean, older than 2.5 Ga within their timescale, contained no oxygen.1,2 Oxygen in the atmosphere will oxidize any developing organic molecule and make it non-biological. After about 2.4 Ga, the evolution of photosynthetic bacteria caused atmospheric carbon dioxide to be replaced by oxygen, which rapidly accumulated to form a substantial portion of the current atmosphere oxygen. Evolutionists term this the Great Oxidation Event (GOE).

However, the timing of the GOE has been under debate.2,3 Some believe that the GOE occurred a billion years earlier. One of the problems in resolving the debate is that the Archean is so long ago and the evidence is sketchy and difficult to interpret. Moreover, evolutionists assert that billions of years of evolution has obscured the molecular vestiges of the early events.

Evidence is available from the rocks of the Precambrian that both support the claim of no oxygen and also refute that claim.4 One piece of evidence claimed for an oxygen-less atmosphere is the ratio of sulfur isotopes, which being of different masses fractionate during phase changes. It has been assumed that large anomalous sulfur isotope ratios mean that sedimentary rocks older than 2.4 Ga are strong evidence for ultraviolet photolysis of volcanic sulfur dioxide in an oxygen-less atmosphere. But, a new study now suggests that anomalous sulfur ratios can be caused by reactions between powders of amino acids and sulfate at temperatures between 150 and 200°C.5 So, the deduction from sulfur isotopes is now equivocal.

Some geologists note that the oxygen in the iron oxides of BIFs is about 20 times that of the current atmosphere.

Banded iron formations (BIFs) also provide evidence for plenty of oxygen before the supposed GOE.6 BIFs are fine layers of alternating iron oxide and chert that cover large areas and are found especially in the Precambrian but also in the Phanerozoic.7 They supposedly date them to the age of the oldest rock at about 3.8 Ga old, well before the GOE. Some geologists note that the oxygen in the iron oxides of BIFs is about 20 times that of the current atmosphere. Since the BIFs were deposited in water, the implication is that the atmosphere contained plenty of oxygen even 3.8 Ga ago. This suggests that the atmosphere has always been oxygenated. No wonder uniformitarian geologists consider the origin of BIFs an enigma.8 Many scientists are having a hard time accepting the implications of BIFs, that oxygen existed in the early Archean, and have instead suggested alternative mechanisms to produce them in a reducing atmosphere.

A recent report reinforces the notion that the atmosphere contained oxygen well before the GOE, in fact about one billion years before, some 3.46 Ga ago within the evolutionary/uniformitarian timescale.9 Primary hematite, directly deposited and not a result of subsequent events, was found in iron rich sedimentary rocks in northwest Australia dated at 3.46 Ga. Such hematite can form in two ways. In an oxygen-less atmosphere, ultraviolet light reaching the earth’s surface strikes iron hydroxide minerals and triggers a reaction that drives the water away, forming hematite.

However, hematite can also form by the oxidation of iron without ultraviolet light. This is the type of hematite formation claimed for the hematite/chert sedimentary rocks supposedly formed about 3.5 Ga ago. These sedimentary rocks were sandwiched between two thick volcanic layers (greater than 3 km) that strongly suggest they were formed in deep water, at least 200 m, and possibly up to 1,000 m, deep. This deduction was based on:

“The implications are profound: if oxygen existed at near-modern levels in such a broad, deep body of water, the atmosphere must have been oxygenated also. Presumably that oxygen was produced by organisms capable of photosynthesis, also pushing back their appearance.”10

Furthermore, the hematite was in the form of single crystals indicating that they were not made by ultraviolet light. The researchers go on to say that geochemical analysis of the hematite crystals suggests that they formed at temperatures greater than 60°C from hydrothermal discharges rich in ferrous iron that spewed into cool, oxygenated waters.

This new evidence seems convincing to many and offers evidence “that the Earth’s atmosphere held significant amounts of oxygen far earlier than previously thought”.10

Creationists would predict that significant quantities of oxygen were always in the atmosphere, being created that way. The new information on sulfur isotopes and BIFs is trending more and more to this conclusion. It is even possible to tie the idea of the hydrothermal origin of iron and silica, forming BIFs as the chemical rich water spread into cooler oxygen-rich water, to the “fountains of the great deep”. But, this is a controversial subject within Flood geology and depends upon the location of the pre-Flood/Flood boundary, which still needs to be resolved.12 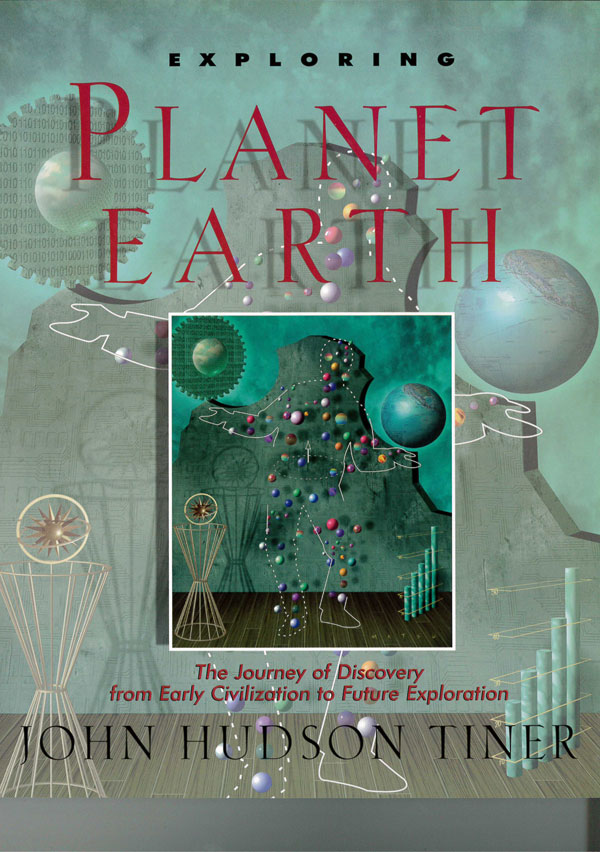