Prolific creationist author Michael Oard is known for his extensive literature research and cautious but thorough reports. His new book on dinosaurs achieves more than its title suggests, and does so in a surprisingly readable format. Not only does it present dinosaur challenges and mysteries, but solves them—or at least presents a solution that best fits the facts. Dinosaur Challenges covers the basics about dinosaurs, including their setting in biblical history, how they challenge evolution, and it even summarizes scientific and biblical evidence for a young world. But like no other book on the subject, this one tackles the tough questions raised by paleontologists who see no way to fit the facts into a Flood model.

Each chapter is not only thorough in its presentation of dinosaur fossil-related facts, finds, and trends, but is smooth and even enjoyable to read. Dozens of peer-reviewed references bolster each chapter’s contents, but this book does not read like a dry scientific crust. It keeps the science but adds readability.

Like no other book on the subject, this one tackles the tough questions raised by paleontologists who see no way to fit the facts into a Flood model.

And its readability is very important, since that draws readers in to Oard’s thorough and relevant analysis. In Dinosaur Challenges and Mysteries, Oard investigates the fossil findings most difficult for Flood geology to explain. This book does not run through the dinosaur name exhibits, nor does it major on the enormous depth and breadth of historical data on dragons. Oard’s book focuses on fossils.

Specifically, Oard wrote this book to answer objections to young-earth creation and Flood geology that certain dinosaur discoveries appear to pose. For example, some layers contain thousands of dinosaur egg fossils, and critics maintain that so many eggs would have required years to deposit in normal life settings, so that the idea that all these strata were deposited in a single year of Noah’s Flood must be a fairy tale. You’ll have to read the book to learn Oard’s specific solution, but as readers of Journal of Creation might suspect, it has to do with the poor assumption of ‘normal life settings’. Oard cites a Bible skeptic named Morton, who wrote,

“Features like these, termite nests, dinosaur tracks, cicada burrows and channels are not easily explained by the YECs. They don’t show their followers this type of data, and they have not explained it” (p. 66).

Well, now this book explains it. Another student told why he turned from Flood geology to evolution, saying,

“You can’t imagine a global flood and animals finding ground to make footprints on … that, more than anything, any other experience in my life, really shook me to the core” (p. 68).

Oard’s hypothesis tackles this very phenomenon and clearly explains how and when dinosaurs could have made footprints and even places littered with footprints called ‘megatracks’.

“Although the biblical accounts in Genesis are routinely ridiculed, the actual evidence suggests that the Flood can solve many, if not all, these standard evolutionary puzzles” (p. 61).

Those puzzles include rapid fossilization, unfossilized original organic dinosaur remains, rapid inundation of live dinosaurs as shown by their arched-neck ‘death pose’ of asphyxiation, their occurrence with marine fossils like fish and clams, and their geologic setting in broadly expansive sedimentary rock layers.

The full-colour photographs and illustrations were a very welcome addition to this fine hardback volume. It is obvious that Oard has been considering for decades the issues he discusses in the book and that he has been taking photographs of related features for many years and from many places. Plus, maps, diagrams, and computer-generated images all serve to attract the reader.

Special ‘in-depth’ sections and appendices summarize in plain English topics that are often shrouded in technical jargon and misreporting, like the supposed dinosaur extinction due to impacts or the supposed evolution of birds from dinosaurs. For example, one ‘in depth’ section peels the facts from fiction in reports of a duck-billed dinosaur nest. It would be tough to fit such a find into Flood geology. But upon closer inspection, Oard shows evidence that it was never a nest, but just a collection of juvenile dinosaurs washed together.

Before continuing with extolling the virtues of Dinosaur Challenges and Mysteries, I will get my few complaints out of the way. First, the title is a bit of a turn-off. It makes it sound like the author is only going to add challenges, mysteries, and therefore confusion to the reader’s mind. This is very unfortunate, since the opposite is true of the book. I’m glad I didn’t judge this book by its cover. Also, I was frustrated by the repetition in most of chapters 1–7 of variations of something like, “this will be answered in chapter 8”. Let me explain the layout of the book briefly, so that Oard’s tactic and my minor gripe become clearer. Each chapter presents a category of dinosaur fossil phenomena that at first appears problematic for Flood geology. This creates tension in the mind of the reader, and is at first effective in arousing a reader’s curiosity. But the 4th or 5th iteration of yet another fossil challenge with no hint as to its solution except for the admonition to ‘read chapter 8’ stretched my patience. It was like making a child eat 7 helpings of broccoli, albeit salted and cheesed, before finally letting him have dessert.

I understand the need to fully describe each problem so that when the blessed chapter 8 finally arrives, its presentation of Oard’s unique and well-reasoned model describing oscillations at the peak of the floodwaters will be seen as probably the best current answer to all the apparent problems. But for the sake of the reader’s patience, perhaps he could have offered nibbles of his model in earlier chapters. This might even have created a tantalizing taste to know more about it instead of adding any frustration. Next time I read the book, perhaps I’ll go back and forth between each chapter and the relevant section of chapter 8.

Now to the good stuff. I’ll try to give just enough without giving away Oard’s thesis before it can be read in its proper entirety within the book itself. I have spent considerable hours on the Paluxy River near Glen Rose, Texas, over the last few decades, pondering the stunning dinosaur footprints and their rock layers. Each light-grey-coloured limestone layer is about 37 cm (15 in) thick and is comprised of clay marl for the bottom several inches, grading upward to extremely hard limestone. And these layers repeat like an enormous and expansive stack of rock pancakes. How did the layers get there like that, and how did the dinosaur footprints get trapped inside them?1

Was it tides during the Flood? If these are Flood layers, as they must be, then were they deposited early, middle, or late in the Flood? Tas Walker’s paradigm (biblicalgeology.net), which Oard incorporates, maintains that since tracks mean animals were walking around, then the layers that contain them must have been deposited early in the Flood, before that moment when the last breath from the last living land creature not on the Ark was extinguished. But if that’s the case at Paluxy, then how is it possible that the miles of sediment below these layers had already been deposited?

In Dinosaur Challenges and Mysteries, Oard relayed how recent decades have greatly expanded the dinosaur trackway sites, which are now known to extend from north central Texas to Colorado and points between and beyond (all helpfully mapped in the book.) Oard’s model, an early version of which he published in 1997, is the best explanation that I have read for these tracks and other dinosaur fossil phenomena.2

Dinosaur Challenges and Mysteries is a must-read for any Christian who is serious about understanding or explaining the dinosaur fossil evidence.

He presents compelling evidence that the dinosaurs that left behind their tracks and eggs in these places did so when relatively shallow waters removed the uppermost elevations at that time, and that the creatures were truly on their last legs, treading water for perhaps hours before finally being able to step in submerged mud when waters lowered. This all occurred during a kind of lull between the violent inundatory then abating Flood phases according to Oard’s ‘BEDS hypothesis’, which stands for ‘Briefly Exposed Diluvial Sediments’ (p. 115).

“If there were places that were submerged, covered by sediment, and then re-emerged for a short time, then all the dinosaur data can be explained by their final hours or days being spent on the freshly-laid-and-then-exposed flat Flood sediments” (p. 115).

Oard collates a diverse array of dinosaur fossil anomalies into a cohesive and well-rounded explanation. For example, his model accommodates the discovery of many dinosaur eggs and egg nests buried in mud with no vegetation in sight, which soon lithified. In his model, he considers and successfully interprets the paucity of juvenile forms in certain bone beds, and the fact that some deposits have mostly only one dinosaur kind. Along the way, the reader is presented with powerful evidence for a Noahic Flood and for a young world, as well as evidence that contradicts evolutionary guesswork.

One mark of good science is when a few common trends are extracted from many data points. Oard has achieved that in this book, and he and his editors have done it in a very readable and relevant, high-quality volume. Dinosaur Challenges and Mysteries is a must-read for any Christian who is serious about understanding or explaining the dinosaur fossil evidence. 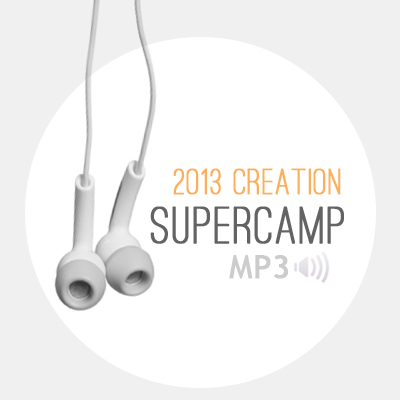