Does the Bible compel an old-earth interpretation?

Why is there an origins debate in the church? What is the debate fundamentally about? It has always revolved around an apparent conflict. What conflict? The Bible seems to conflict with deep time. The Bible seems to present a timescale and event sequence for the history of nature that conflicts in countless ways with the standard ‘billions of years’ history of nature promoted by the consensus of modern scientists. All sorts of questions arise from this: Is this a mere appearance, or is it reality? If it’s a reality, does that mean we should reject the Bible? And so forth. When we begin addressing those questions, we’re engaging in the origins debate.

What is the debate fundamentally about? … The Bible seems to conflict with deep time.

Note what the whole origins debate is predicated on: that the Bible (at least) seems to conflict with deep time. That should tell us something rather obvious about what the Bible seems to say: i.e. that the biblical evidence seems to preclude an old-earth interpretation.

This seeming conflict is reflected in most attempts to render Scripture and science compatible with each other. They almost always involve exegetical, epistemic, or hermeneutical moves to defuse the tension between the biblical and deep time frameworks of history. Gap theories and day-age theories lengthen the apparent timeframe of Genesis 1 to match deep time. Framework, figurative, and mythic theories attenuate or deny the apparently clear historical impulse of Genesis 1–11 so the historical ‘facticity’ of deep time isn’t undermined by the textual specifics of Genesis 1–11. Epistemic approaches say that any of these interpretive options is better than the ‘face value’ reading precisely because they’re compatible with deep time. And some approaches acknowledge that the Bible and deep time conflict, but say that any statement in Scripture that conflicts with deep time is incidental to the Bible’s main message and purpose, so the Bible can be wrong in these cases without undermining the trustworthiness of the Bible. Whatever we might think of these approaches, the Bible’s seeming conflict with deep time is a major reason behind all these re-examinations of the Bible.

Does the Bible seem to conflict with deep time?

But there’s always someone to disagree. Indefatigable protagonist of old-earth creationism Dr Hugh Ross, in his essay arguing for old-earth creationism in Four Views on Creation, Evolution, and Intelligent Design, apparently rejects the idea that the Bible even seems to conflict with deep time. Quite the opposite, in fact:

“Contrary to young-earth creationists (among others) who assert day-age creationists trust science more than the plain teaching of Scripture, biblical evidence for a creation history much longer than ten thousand years supports, and I believe should compel, the old-earth interpretation.”1

He then goes on to give nine points for which he thinks “[t]o defend the authority, inspiration, and inerrancy of Scripture from a young-earth perspective would seem all but impossible”.

Instead, Ross is saying that the Bible makes it seem all but impossible to defend a young-earth interpretation in a biblically faithful manner. Is this because he is so convinced by the science of deep time that he can’t fathom reading the Bible faithfully any other way? Maybe. But he doesn’t make that argument. His “nine points” are all supposedly biblical reasons to believe in deep time (or, at least, that the Bible teaches that the world is substantially (in the tenor of ‘orders of magnitude’) older than 6,000 years).

Indeed, I think Ross’ claim that the biblical evidence should compel an old-earth interpretation is matched in its boldness only by its absurdity. But it’s not simply because his arguments fail so badly. Crucially, it comes down to remembering what the origins debate is about: that the Bible seems to conflict with deep time.

How does this work? For argument’s sake, let’s say that the conflict between the Bible and deep time is merely apparent, i.e. the two don’t in fact conflict. Does that mean the Bible doesn’t seem to conflict with deep time? Not at all! Even Richard Dawkins could admit that life (superficially, he would say) seems designed, despite his absolute confidence in evolution. Likewise, any interpreter of Genesis who rejects the young-age view should be able to admit that the Bible at least superficially seems to conflict with deep time.

If the Bible is as obviously an ‘old earth’ book as Ross seems to think, it should be unreasonable to think the Bible even seems to conflict with deep time.

And if Bible and deep time don’t conflict, does that mean that the Bible supports an old-earth interpretation? Again, no. Most old-earth creationist commentators argue that the Bible doesn’t speak to the aspects of the history of nature relevant to deep time. If that were true, there would be no conflict. But why? Because the Bible actually presents a timeframe different from what it seems to at face value? No. It would be because of what the Bible doesn’t say. It wouldn’t (on this view) say anything relevant to the issue. But even there, the appearance of conflict remains. And that’s what generates the origins debate.

But let’s go further, and assume (again, for argument’s sake) that the Bible, properly interpreted, presents an old-earth view consistent with the modern academic deep time framework. Does that mean the biblical evidence should compel an old-earth interpretation? Still, no! Just because one interpretation is superior to another doesn’t mean the inferior view is completely baseless. And practically nobody in the history of the church (and nobody before the 18th century) thought the Bible taught an earth billions of years old. There have been plenty of biblical chronologists through history, and none of them arrived at a start date for history of billions of years ago. Were they all so unfaithful to the biblical text as to miss what Ross considers the ‘practical impossibility’ of defending biblical authority from a young-earth perspective? If the evidence really compels an old-earth interpretation of Scripture, as Ross states so boldly, this is utterly unexplainable.

The whole origins debate is rendered ridiculous if Ross is right about the Bible compelling an old-earth interpretation. If the Bible is as obviously an ‘old earth’ book as Ross seems to think, it should be unreasonable to think the Bible even seems to conflict with deep time. But it’s not. As anyone who can read a reasonable translation of Genesis can immediately see. 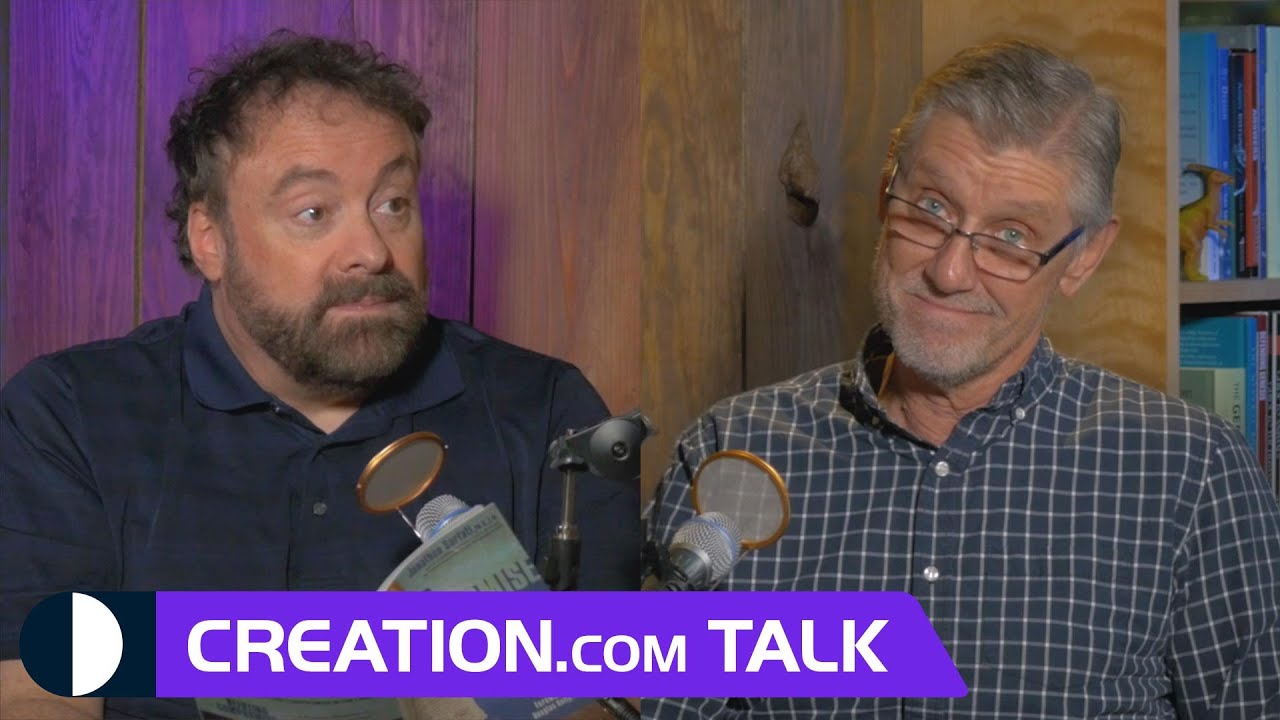