Early victim of the ‘dinosaur-extinction impact’

The great dinosaur extinction was caused, so the story goes, by the Chicxulub asteroid impact at the Yucatan peninsula in the Gulf of Mexico. At least, the impact played a crucial role.1 This extinction event, which supposedly happened at the Cretaceous-Paleogene boundary (KPg) about 66 million years ago, has been the dominant belief for explaining the end of the dinosaurs for approximately 40 years. Dinosaurs lived (and their fossils are found) around the world. Therefore, it is believed most of them did not die directly at the moment of the impact itself, but from the consequent shock waves, catastrophic flooding, and other, long-term effects.

It is believed most of the dinosaurs did not die directly at the moment of the impact itself, but from the consequent shock waves, catastrophic flooding, and other long-term effects.

Recently, scientists found a limb of a dinosaur, which they claim to have been among the first to have died as a direct result of the “roughly 12 km-wide space rock” collision. It would have happened within minutes (possibly hours) of the impact. “The limb, complete with skin, is just one of a series of remarkable finds emerging from the Tanis fossil site in the US State of North Dakota.”2 You might have thought that the Tanis site must be very near the impact in Mexico, but you would be wrong. It’s obvious that the dinosaur limb wasn’t blasted all the way from Mexico to North Dakota, as North Dakota is approximately 3,000 km to the north-northwest of the Yucatan peninsula.

The limb apparently belonged to a dinosaur from a subgroup of the order Ornithischia, named Thescelosaurus, meaning ‘wondrous lizard’. One of the scientists involved said, “It’s from a group that we didn’t have any previous record of what its skin looked like, and it shows very conclusively that these animals were very scaly like lizards.”2

All the animals found at the Tanis site are believed to have been interred on the day of the impact. So, what creatures have been found together with this limb of a land-dwelling dinosaur? Fish, a turtle, small mammals and their burrows, Triceratops skin, and an egg with an embryo of a flying pterosaur. In other words, water-life, land-dwellers, those that are happy in either environment, and some that like to be up in the air, all succumbed in this catastrophe.

Professor Paul Barrett from London’s Natural History Museum … states, “the best idea that we have is that this is an animal that died more or less instantaneously.”

If that wasn’t striking enough, consider this statement from Robert DePalma, the University of Manchester (UK) postgraduate student who leads the Tanis dig:

“We’ve got so many details with this site that tell us what happened moment by moment, it’s almost like watching it play out in the movies. You look at the rock column, you look at the fossils there, and it brings you back to that day.”2

Is that true? Is it really the case that the record of rocks is like a movie that narrates 66-million-year old history moment by moment? Can the rock column really take us back to a particular day long ago in the past?

Professor Paul Barrett from London’s Natural History Museum, an expert in ornithischian dinosaurs (of which Thescelosaurus is part), is not so sure. He states, “the best idea that we have is that this is an animal that died more or less instantaneously.”2 That does not really sound like watching a movie frame-by-frame, does it?

Regardless, the Tanis team continues to think it very likely that “this dinosaur did actually die on the day the asteroid struck, as a direct result of the ensuing cataclysm”.2 They reckon that fast-travelling seismic waves moved through the earth, shook the ground, and caused an initial flooding of the Tanis site in a matter of minutes from the impact. The waters retreated, only to surge again when the next wave, traversing the Gulf of Mexico, hit land. In short, this is a description of death and burial by floodwaters, which is exactly the sort of thing one would expect during the Noahic Flood.

Vertebrate palaeontologist Prof Steve Brusatte from University of Edinburgh is also counted among the sceptics about the cause of death of the Thescelosaurus, at least for now. “He wants to see the arguments presented in more peer-reviewed articles.”2 Indeed, the only peer-reviewed paper about the Tanis site, which the BBC article links to (even though it states “a few peer-reviewed papers”) does not mention the dinosaur at all! On a brighter note, the BBC programme does seem to admit that organic material was part of Triceratops skin from the Tanis dig-site.3 Of course, explaining the findings of dinosaur soft tissue within a framework of tens of millions of years is a huge challenge for those committed to the evolutionary paradigm.

The operational (observational) science is not under debate. There was an asteroid strike at Chicxulub; the impact crater is indisputable. Dinosaurs did once roam the Earth; their fossils are found in sedimentary rocks on every continent. Biblical creationists are not surprised by evidence for past catastrophes. The quick burial, resulting in exquisite preservation of creatures, often found in bone-beds comprising animals from different habitats, is exactly what we would expect. We have been saying as much for decades!

The reason we keep pointing out what is obvious to many readers at creation.com is that many still fail to see it. We have a biblical worldview which starts with the revealed truth of God, who was there as an Eyewitness of early Earth history. He has given us His account of what happened—for example, the devastation that Noah’s global Flood caused (Genesis 6–8). It makes all the difference whether you start from a reliable source (God, who knows it all), or else try to piece the puzzle together to fit a secular narrative that often precedes the data. 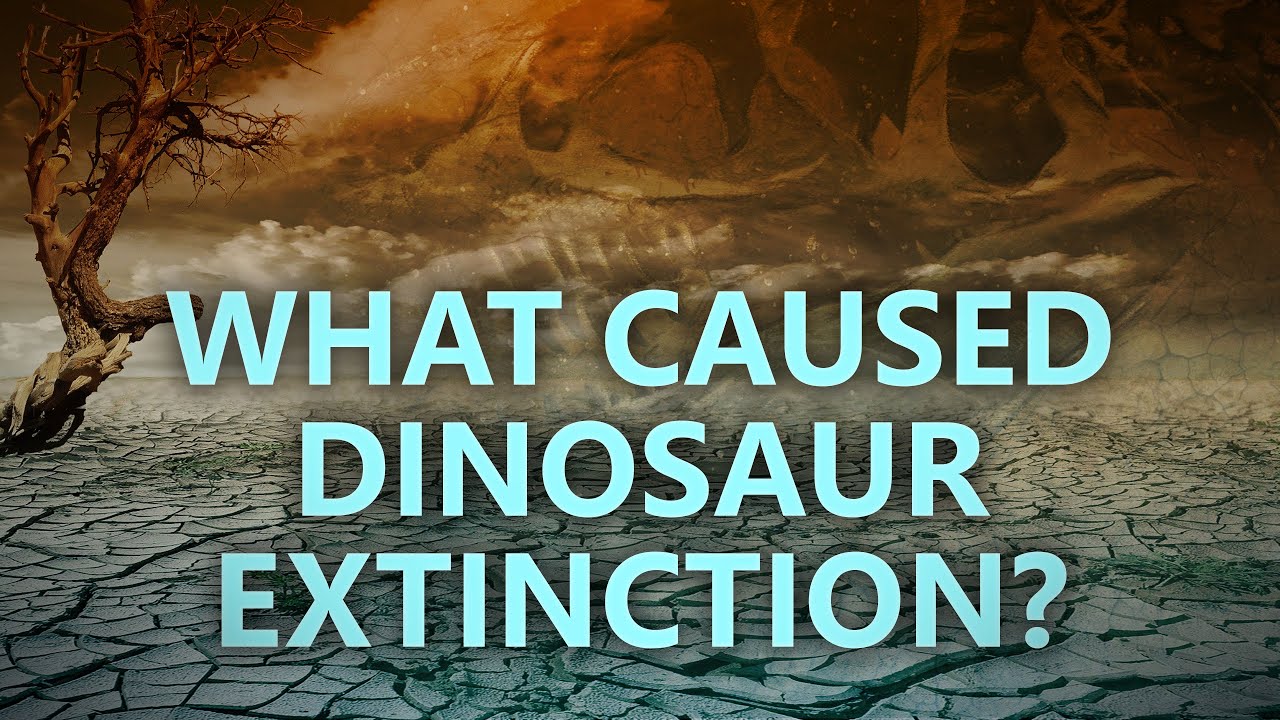 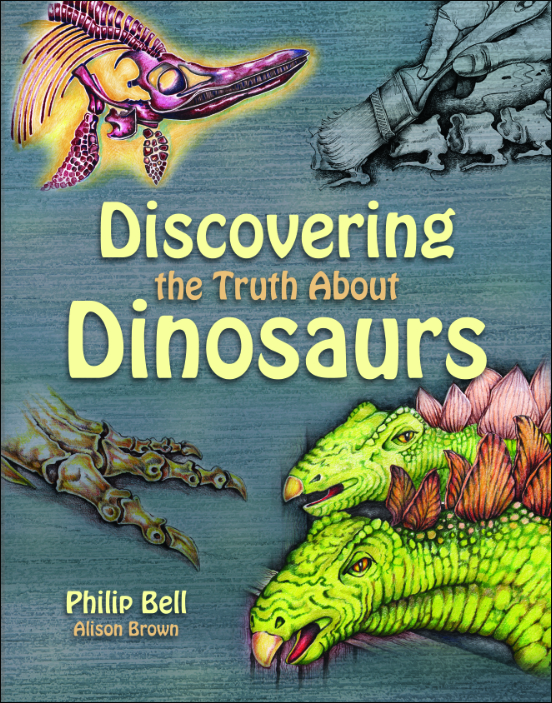 Discovering the Truth About Dinosaurs
by Philip Bell and Alison Brown
US $12.00
Hard Cover