During the 2021 baseball World Series, the People for the Ethical Treatment of Animals (PETA) issued a press release calling for the baseball world to, “Strike out the word ‘bullpen.’” This is a reference to the holding area where “terrified” bulls are kept before slaughter. PETA’s suggestion for an animal-friendly term was “The arm barn!”1 It is hard to take such a suggestion seriously, especially since a barn is hardly an animal-friendly place in their minds. Yet, the subject of “animal rights” is a common topic of discussion today. Should we, like PETA, be against animal testing, even if it can save human lives? Do we need to avoid all animal products in our modern manufacturing supply chains? Are we allowed to eat meat? Where are we supposed to draw the line?

First, let us establish some biblical principles for the ethical treatment of animals. These include the following:

God does not place moral obligations on animals or plants and Jesus did not die for them—even though they are affected by the curse of Adam’s sin.

Following the principles outlined above, we should not inflict unnecessary pain on animals. However, this does not mean that we cannot use them for medical research, even if this means that their lives are sacrificed for humans.

The Bible lays out a clear hierarchy, with animals well below humans. Consider what Jesus said in the Sermon on the Mount: “Look at the birds of the air: they neither sow nor reap nor gather into barns, and yet your heavenly Father feeds them. Are you not of more value than they?” (Matthew 6:26) Thus, the lives of research animals are worth less than the life of a single human being that can be saved by medical advances coming from medical research which uses animals.

In contrast to these biblical principles, PETA, states on their website, “Animals are not ours to experiment on, eat, wear, use for entertainment, or abuse in any other way.”2 They attempt to justify their position by referencing the Bible, stating that “Ethical treatment—the Golden Rule—must be extended to all living beings: reptiles, mammals, fish, insects, birds, amphibians, and crustaceans.”

The Golden Rule, of course, is directly drawn from the words of Jesus: “And as you wish that others would do to you, do so to them.” (Luke 6:31) The ‘others’ here clearly refers to human beings. Why should this be extended to other forms of life? They provide no justification. In fact, they have no justification. Coming from an evolutionary background, they actually have no logical way to apply any sort of morality to any situation.

As the late evolutionary professor William Provine (1942–2015) so clearly stated during a debate:

“Let me summarize my views on what modern evolutionary biology tells us loud and clear, and I must say that these are basically Darwin’s views. There are no gods, no purposeful forces of any kind, no life after death. When I die, I am absolutely certain that I am going to be completely dead. That’s just all—that’s gonna be the end of me. There is no ultimate foundation for ethics, no ultimate meaning in life, and no free will for humans, either.”

If humans evolved to dominate, to eat other species, to be wasters of the natural world … what of it? If humans cause extinction … so what? If all the polar bears drown on melting ice flows … whatever! In the naturalistic evolutionary worldview, humans are but a blip in the cosmos, an accidental arrangement of molecules that just happened to come together in the past and that will no longer exist at some time in the future. If you think about it, PETA is attempting to hijack biblical authority and biblical morality, yet their argument has no logical basis. Instead, it is the Christian biblical worldview that provides answers, as outlined above.

Based on our understanding of the biblical principles for how we should treat animals, we can determine that the position of PETA and similar organizations is:

Illogical. Most animal rights advocates would claim that humans evolved from animals. Thus. it would be no more immoral for a lion to chase down and eat a gazelle than it would be for a human to eat a steak.

They create a double standard—one that applies to humans but not to animals.If humans are evolved animals, there is no moral reason to try and prevent humans from doing what they seem to have evolved to do—that is, to eat meat.

Impractical. Our modern manufacturing system uses a huge number of animal by-products. To eradicate their use would be tantamount to erasing much of modern society.

Indiscriminate. PETA argues that animals have rights equivalent to the rights of humans and that we should treat animals by similar rules to how we expect humans to be treated. This claim is invalid. Mankind is a distinct creation (Genesis 2:7), and animals are of a lesser kind, not equal with humans (Genesis 1:24–27; 1 Corinthians 15:39). Thus, their views cannot be justified on either biblical or evolutionary grounds. Yet notice how they attempted to use a biblical principle (the Golden Rule). They twist Scripture to suit their own ends.

Jesus told the disciples to … provide a donkey for him to ride upon (Matthew 21:2–7). To claim that using animal services is unethical is to claim that … Jesus sinned.

Inconsistent. In their FAQs, PETA claims that they take no position on the issue of abortion3 and do not have a statement endorsing or condemning abortion. However, by claiming that they have no position on the issue, they in fact do take a stance. As an analogy, Jesus stated: “Whoever is not with me is against me, and whoever does not gather with me scatters.” (Matthew 12:30)

Immoral. God provided coverings of skins for Adam and Eve (Genesis 3:21), and he gave commands to sacrifice animals (Leviticus 4:35), use animal skins (Exodus 26:14), and to eat meat (Exodus 12:8); and Jesus told the disciples to eat fish (John 21:9–12) and to provide a donkey for him to ride upon (Matthew 21:2–7). To claim that using animal services and animal products is unethical is to claim that God gives immoral commands and that Jesus sinned. This is blasphemy.

The guidelines we find in the Bible address the ethical claims of animal rights advocates. This confirms, once again, the relevance of the Bible in every area of life. The Carnivorous Nature and Suffering of Animals 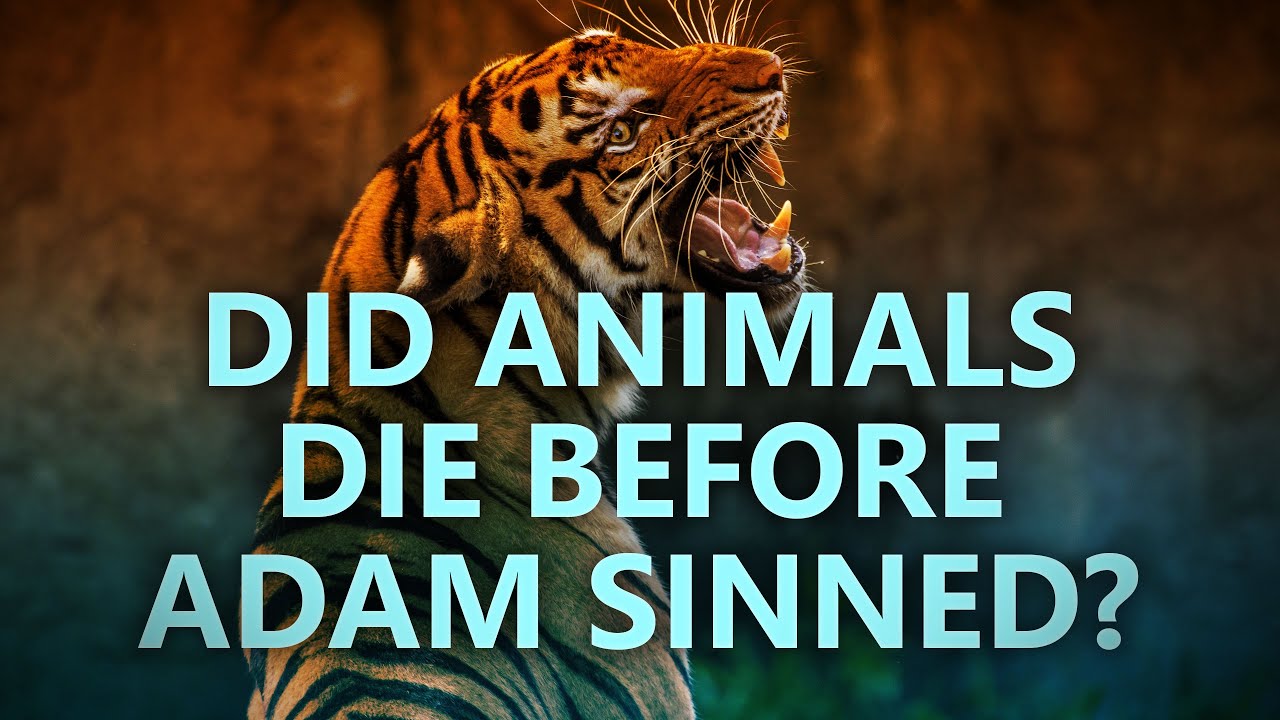