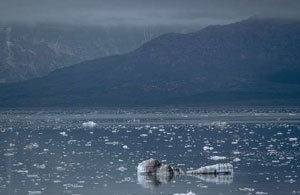 Climate expert, Didier Paillard, writing in Science about the so-called ice ages, said that the big challenge is to build an ice age theory that works.1 Commenting on two research papers published in the same issue,2,3 each proposing different hypotheses, he said that ‘… neither hypothesis can account for the beginning of the Northern Hemisphere glaciations about 3 million years ago.’

a final solution still eludes us

The papers also ‘question some basic principles that are often accepted without debate’ and suggest ‘rethinking’ of some basic definitions.

Paillard admits that ‘a final solution still eludes us’.

However, the Global Flood catastrophe some 4,500 years ago provides a simple and elegant solution to the cause and effects of the Ice Age. See chapter 16 of The Creation Answers Book; also Michael Oard’s An Ice Age caused by the Genesis Flood, ICR, El Cajon, California, USA, 1990, available from our online bookstore.