Planet found outside our galaxy?

In the last three decades, almost 5,000 planets have been discovered outside our solar system: extrasolar planets or exoplanets. It is very hard to detect any exoplanet because the parent star is so much brighter. The detection of so many is a testament to good operational science—and undermines the false historical science of stellar system evolution. (See, for example, Planets around other stars.)

Detecting a planet in another galaxy

The occulting body was a planet about the size of Saturn. But the orbital distance is about twice that of Saturn, and the orbital period is about 70 years.

It’s hard enough to detect an exoplanet in our own galaxy; detecting a planet in another galaxy so much further away must be even more difficult. Note that one light-year (ly) is equal to 9.46 trillion km (5.88 trillion miles). And the closest galaxy to our Milky Way is is the Canis Major Dwarf Galaxy, about 42,000 ly away. Yet Dr Rosanne Di Stefano and colleagues apparently detected a planet in the Whirlpool Galaxy (Messier 51), 28 million ly away from our own Milky Way.1,2,3

They used what is now the commonest method of detecting exoplanets: the transit or photometric method. This method relies on the planet passing in front of its parent star (transiting) and blocking off a tiny amount of its light (photometric, or light measuring). This method can provide information about the planet’s radius, and even atmospheric composition. But a major disadvantage is that the planet’s orbit must be almost exactly edge-on.

However, because the planet is so distant, this method would not yet be suitable for an ordinary star. Instead, the researchers looked around an X-ray bright binary (XRB). An XRB comprises a superdense object, either a neutron star or black hole, with a closely orbiting companion star. The two objects are close enough for the gravity of the superdense body to pull in gas from the star. The material is pulled so strongly that it releases enormous amounts of its gravitational potential energy as X-rays. In fact, a few tenths of its mass is turned into energy via Einstein’s famous formula E = mc²; cf. nuclear fusion usually turns less than 1% of mass into energy. So the XRB is about a million times brighter than our sun.

Also, the X-ray emitting area is very small. A neutron star is only about 10 km in radius but about 1.4 times the mass of our sun, so is amazingly dense. A tablespoon of neutron star matter has a mass of about a billion tonnes, about the same as Mt Everest. A black hole is even smaller—in fact, a point of mass with infinite density. In either case, a planet could block 100% of the associated X-ray source. By comparison, planets have a tiny cross-sectional area compared to the parent star, so they block only a tiny percentage of the light. Actually, when the blocking object’s apparent size is larger than the blocked object’s, the precise term is not transit but occultation. (Both transit and occultation are eclipses. A total solar eclipse is an occultation, and an annular solar eclipse is a transit.)

Black holes and neutron stars are supposed to have formed from the collapse of a very massive star, after an extremely powerful explosion called a supernova. A supernova is so powerful that it can outshine the rest of its galaxy. Tough luck for any close orbiting planets.

The new discovery was therefore an occultation. The astronomers used NASA’s Chandra X-Ray Telescope to observe an XRB labelled M51-ULS-1. This XRB comprises a neutron star or black hole and a companion star about 20 times the sun’s mass. The occultation of the X-ray source lasted three hours. From this and other information, they deduced that the occulting body was a planet about the size of Saturn.

But the orbital distance is about twice that of Saturn, and the orbital period is about 70 years. So it was very fortunate that they found the planet at this time because it will take almost a complete revolution before it occults again. They found this planet after analyzing 55 different X-ray sources (XRSs) from M51, as well as 64 from M101 (Pinwheel Galaxy) and 119 from M104 (Sombrero Galaxy). They also analysed 2624 light curves previously collected for other reasons, but specifically looking for the type of intensity drop that would indicate a planetary transit (or occulation). (H-T Timothy H.)

The labelling rules for extrasolar planets start with the name of the parent star and then add letters alphabetically, starting with b (the parent star is ‘a’) in order of discovery. If several planets are discovered simultaneously, the letter designations follow in order of closeness to the parent star. So this new planet is called M51-ULS-1b.

Not a white dwarf

The researchers also showed that the occulting object could not be a white dwarf. This is another type of super-dense object, although not so dense as a neutron star or black hole. A tablespoon of white dwarf matter would be ‘only’ 15 tonnes, about the same as a large Diplodocus. Under Einsteinian general relativity, a body with such strong gravity should strongly bend light towards it and act as a gravitational lens. Given the known distances involved, a white dwarf in front of the neutron source would have magnified the amount of X-rays detected rather than blocked them off.

This new discovery harks back to the very first extrasolar planets discovered back in 1992, also around a type of neutron star called a pulsar. Neutron stars rotate very rapidly, and they have extremely powerful magnetic fields. The strong fields can generate radiation from a certain spot. When the star rotates, observers on Earth might see a regular ‘pulse’, like a giant, powerful lighthouse beacon. The first discovered pulsar PSR B1919+21 (formerly CP 1919) emitted radio waves, but other pulsars emit visible light, X-rays, or gamma rays.

The first-detected exoplanets were three around the pulsar PSR B1257+12. This pulsar rotates 161 times per second, and is about 2,500 light-years away in the constellation Virgo. As per the standard, the planets are now officially named PSR B1257+12 b, c, and d. Because their discovery predated the naming convention, their original names were Draugr, Poltergeist, and Phobetor. Unlike M51-ULS-1b, these three planets orbit their star closer than Earth orbits the sun.

However, the detection method for these pulsar planets was very different from that which discovered M51-ULS-1b. The method is called pulsar timing. The planet and star really orbit a common centre of mass, but the more massive star has a much smaller orbit. But even this small orbit causes a very slight but regular change to the pulsation. Pulsar timing is the most sensitive exoplanet detection method—it can detect a planet as small as a tenth of Earth’s mass. It can also detect gravitational interactions between multiple planets. However, pulsars are quite rare, so this method has discovered only eight exoplanets.

X-rays are extremely damaging to the molecules of life and would even ionize and strip any planetary atmospheres. So this type of exoplanet is probably the last place to expect to find life!

Planets around supermassive objects are a big problem for evolutionary theories. Black holes and neutron stars are supposed to have formed from the collapse of a very massive star, after an extremely powerful explosion called a supernova. A supernova is so powerful that it can outshine the rest of its galaxy. Tough luck for any close orbiting planets. And because the supernova loses about 90% of its mass, the remaining mass will no longer provide enough gravity to hold any remaining planets in orbit. Their orbital speed will now exceed the escape velocity of the much lower central mass. But under a biblical creation model, there is no reason why God could not have created pulsars with planets.4

The discoverers argue that the presence of the massive star companion might have kept the planet orbiting, albeit in a wider orbit. The companion might also have moderated the supernova explosion.

Could the new planet have life?

We have many articles showing that God did not create life on other planets. And since chemical evolution has so many intractable hurdles, it could not have evolved there either. The scientific difficulties are multiplied for planets around neutron stars or black holes. That’s because X-rays are extremely damaging to the molecules of life and would even ionize and strip any planetary atmospheres. So this type of exoplanet is probably the last place to expect to find life! 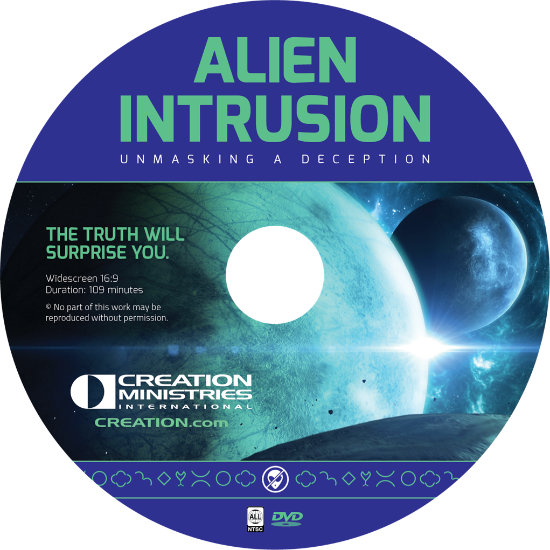