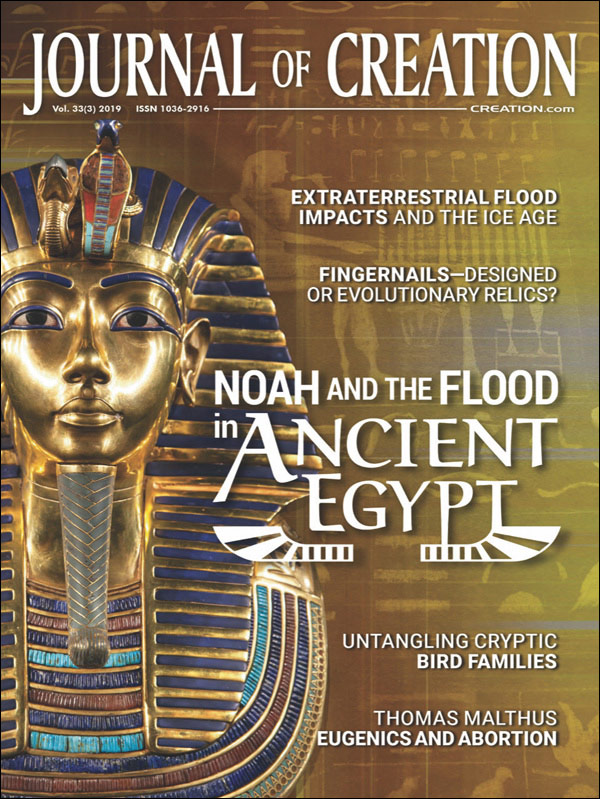 Fingernails and toenails—useless evolutionary relics or an important part of design?

One common claim, which is also part of the ‘useless and poor design’ argument that Darwinists commonly use to discredit intelligent design and theism, is that ﬁngernails and toenails are useless relics inherited from our ape past. As one article claiming the human body is poorly designed opined, “our toenails are useless other than as sites for infection or injury”.1 The evolutionary explanation for both ﬁngernails and toenails is that humans evolved from an ape-like primate that had four clawed paws used to climb and live in trees.

As life evolved further towards our more recent ape ancestor, the claws were lost, leaving the nails as a vestigial leftover. Then, as humans evolved, we retained the nails inherited from our more recent ape evolutionary ancestors. In short, ﬁngernails and toenails were long considered by Darwinists as vestigial remnants of the claws existing on ‘lower’ animals today. Wiedersheim writes: “the nails of the fourth and ﬁfth ﬁngers (and especially the latter) most nearly suggest the claws of the lower animals”.2

The exposed parts of nails consist of several layers of dead, compacted cells and keratin which make them strong and rigid, yet somewhat ﬂexible (ﬁgure 1). As will be discussed, the nail’s translucent portion allows an examination of various body health issues. Nails are called a “complex structure formed from the layer of the developing body known as the ectoderm” by the National Foundation of Ectodermal Dysplasias.3 Keratin is used in all horny body tissues, including nails, hair, feathers, the epidermis skin layer, and even the cornea of the eye.4 The genetics of nail development is very complex and not fully understood.5

Both ﬁngernails and toenails serve numerous important functions. Fingernails primarily serve as a cover for the top surface of our ﬁngers that gives them some degree of protection.6 Zaias lists one major function of ﬁngernails: they greatly enhance the coordination of ﬁne digital movements.7 Darwin wrote that in “one part of Africa … the nails are coloured yellow or purple” as a means of decorating the body.8 Though many women still paint their nails too, using them in decoration may have been far more important in less-advanced civilizations than in our modern world. Aside from their aesthetic function, they are useful and important tools for many everyday life tasks. Examples include scraping, grasping, cleaning, scratching our skin, and peeling fruit such as oranges. They can even function as tweezers to remove objects stuck to or embedded within the skin, including wood slivers.

The ﬁngernail increases the sensitivity of the ﬁnger signiﬁcantly by acting as a counter force when the front side of the ﬁnger touches an object. “Furthermore, it helps in certain cutting or scraping actions, and acts as an extended precision grip for the ﬁnger.” 6

Persons who, due to an accident, lose the tips of their ﬁngers or toes, soon realize the full importance of the nail’s functions. As one person stated: “I can’t imagine what the world would be like if we didn’t have ﬁngernails to scratch an itch!”6 Furthermore, each nail unit is designed to function according to its place on the hand or foot.9 The most notable example is the opposable thumb, which is critical in holding things, such as pencils, spoons, and many other instruments, and the big toe, which is critical in balance and walking. These functions are in contrast to the rest of the ﬁngers and toes.

Ironically, the nail anatomy of humans most closely corresponds not to the chimpanzee, as evolutionists would expect, but rather the squirrel monkey.10 Furthermore, the nail root has a blood supply and is connected to the nerves, giving life to the nail-producing tissues and feeling to the nails themselves.

Another important use concerns medical diagnosis.

“Both toenails and ﬁngernails can also show signs of an impending ailment, genetic abnormality, and certain metabolic malfunctions and are therefore examined by many doctors to help in diagnosing certain diseases.” 6

The manual by Dr Zaias uses several pages to list all the diseases and health conditions in which nail examinations are useful, and in some cases of critical importance, to their detection.

Most nail problems are not a result of poor design, but rather are due to abnormalities caused by genetic factors, nutritional deﬁciencies, infection, and poor health.11 For example, persons with an impaired immune system or general poor health may have nails

“ … prone to infection. The nails and surrounding cuticle area may become infected by fungus, yeast or bacteria. If this occurs, nails may become thick or discolored, and the area may develop a bad odor, or become swollen and tender.”12

This function is similar to the use of a canary in a mineshaft as a signal of a developing problem.

Doctors and paramedics often check the ﬁngernails of an individual to ascertain if they are dehydrated or in shock. A delayed return to the characteristic pink colour of the nail after the applied pressure on it is released is a good indicator of hypovolemia, a rapid decrease in blood volume caused by shock or bleeding due to trauma. Both ﬁngernails and toenails can be used for diagnostic purposes, but ﬁngernails are usually more readily available for examination.11

Fingernails and toenails are excellent indicators of heavy metal poisoning, especially by arsenic, mercury, lead, or thallium. The nail is an indicator of both the amount of poison and the period since ingestion.13 Nail plots based on the “amounts of arsenic in the nail clippings show peaks which are attributable to arsenic entering the nail root via the blood stream”.14 Mercury poisoning produces distinctive black stripes indicating when the mercury was ingested.15

One major function speciﬁcally of toenails is to protect the toe’s distal phalanx.

By using segmental analysis with neutron activation analysis, the physician can measure fairly accurately when the poison was administered and how much—information helpful to determining the guilty person in criminal poisonings.16 Often hair is used for the same purpose, employing the same techniques used for nail analysis. Hair has the advantage of giving a record of a longer time period available for evaluation, because hair is often allowed to grow for much longer than nails before being cut. Conversely, nails permit more rapid, convenient visual inspection that may indicate further analysis is warranted using hair.

In my experience, I remember one patient returned to the hospital several times with vomiting, nausea, and other symptoms and complaints. After several days in the hospital he felt much better and was released. When he returned with the same symptoms several days later, the young doctor on duty noted several distinct stripes on his ﬁngernails. He immediately suspected his health problems were due to arsenic poisoning, which the laboratory tests soon conﬁrmed. As suspected, his wife, who was suffering from dementia, was attempting to poison him. After this discovery, he took charge of the cooking, most of which involved relying on the senior centre for meals. He suffered no further episodes.

Toenails have many of the same uses as ﬁngernails. One major function speciﬁcally of toenails is to protect the toe’s distal phalanx. This function is very important for good balance and walking-running coordination.

As is true for most other foot problems, most toenail problems are self-inﬂicted. “Feet were not really designed for socks and shoes.” They were especially not designed for a lot of the “high-fashion shoes that are so popular today, especially with young women”.17

The claim that the only reason humans have toenails and ﬁngernails is because we inherited them from our ape ancestors, and natural selection has not selected them out of the gene pool, is incorrect. Both sets of nails serve numerous functions. One of these is the fact that for humans they serve as an important health window to our inner world, particularly for humans whose societies have developed a level of clinical expertise. Their importance is documented especially in those who have, for various reasons, lost their nails. When damaged by disease or accident, if possible, they are surgically reconstructed to achieve both normal ﬁnger and toe function as well as appearance.18 Even Darwin, in his chapter on rudimentary organs, noted that in humans imperfect nails sometimes grow on the stumps of amputated ﬁngers, which are vestiges of the ones on our hands and feet.19 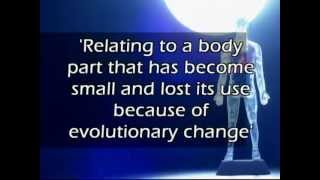