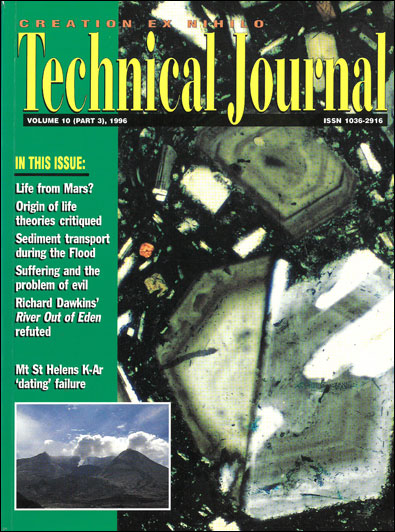 Fish scales in the Cambrian

However, in 1995 the enigmatic tooth-like objects known as conodonts, common in upper Cambrian rocks, were shown to be from eel-like creatures. These were identified as true vertebrates on the basis of distinctive eye muscles not found in invertebrates.

Now small fossils found in 1976 appear to be adding more weight to the idea that the Cambrian is not, as once thought, free of vertebrates (these were believed not to have evolved yet). They are fish-like scales known as Anatolepis.1 Some have argued that the scales could belong to the arthropod phylum, which includes insects and crustaceans.

However, microscopic studies reveal that the scales contain dentine, which is only known in vertebrates. The researchers feel this is conclusive evidence that these are fish scales.