A devastatingly powerful argument against evolution

People die for many reasons, but if you are fortunate enough to escape death through war, crime, random accidents or illness, entropy will always be there to ensure you meet your Maker. Generally speaking, entropy is the universal tendency for things to run down and fall apart.1

Not surprisingly, the same tendency is at work in entire populations, generation after generation. We now know, thanks largely to the work of Dr John Sanford (renowned plant geneticist and genetic engineering pioneer from Cornell University), that the same gradual process of ‘running down’ is also operating in the human gene pool.

Called genetic entropy, it is driving humanity—and all higher organisms—to the point of extinction (barring divine intervention, of course).2 In fact, this process, which operates more rapidly in ‘higher’ organisms,3 means that the human species could only be several thousand years old; certainly not hundreds of thousands of years, or we would have already become extinct.

This topic is not widely known, but it’s very powerful support for biblical creation. Simply put, genetic entropy means that the information content in the genome (all of our genes) is progressively declining, due to the accumulation of mutations, generation after generation.4

Simply put, genetic entropy means that the information content in the genome (all of our genes) is progressively declining, due to the accumulation of mutations, generation after generation.

Mutations happen in all life forms (and in viruses). In our corrupted, fallen world, the mechanisms that replicate the genetic material from one generation (or one cell division) to the next now are imperfect. Another source of mutation is environmental radiation. Each time we have children, we inevitably pass along some mistakes that were not there before.

Estimates vary, but a common figure is that each child is born with around 100 new mutations. These are added to the ones already accumulated in previous generations.

These mistakes are almost never helpful. Could you ever expect to improve an encyclopedia by adding more and more spelling mistakes every time one is printed? The evolutionary literature acknowledges this very clearly:

Even the simplest of living organisms are highly complex. Mutations—indiscriminate alterations of such complexity—are much more likely to be harmful than beneficial.5

In summary, the vast majority of mutations are deleterious. This is one of the most well-established principles of evolutionary genetics, supported by both molecular and quantitative-genetic data.6

One estimate is that damaging mutations outnumber helpful ones by a million to one.7 Even most of the ‘beneficial’ mutations turn out to break things rather than make things, e.g. wingless beetles on windswept islands.8

Some people, especially those with scientific backgrounds, believe that most mutations are neither good nor bad. They believe the vast majority of mutations are neutral. This is a major misconception. Given how important the information coded in DNA is for living things, it is easy to see that most random changes are going to have some effect, and most of these will be bad. They will not simply do nothing. From a scientific paper on the topic:

… it seems unlikely that any mutation is truly neutral in the sense that it has no effect on fitness. All mutations must have some effect, even if that effect is vanishingly small.9

While there are essentially no mutations that are strictly neutral, mutations can be so minor in their effects that they are ‘effectively neutral’ (Dr Sanford calls them ‘nearly-neutral’). Geneticist Motoo Kimura (1924–1994) created a new model where ‘effectively neutral’ mutations were a huge proportion of the total. He discovered that these mutations caused a general decline in ‘fitness’ over time. This term ‘fitness’ is often used in confusing and circular ways, though.10

Despite this, Kimura never questioned the notion of evolution. He took it on faith that occasional mega-beneficial mutations would cancel out the effect of this gradual decline:

Whether such a small rate of deterioration in fitness constitutes a threat to the survival and welfare of the species (not to the individual) is a moot point, but this will easily be taken care of by adaptive gene substitutions that must occur from time to time (say once every few hundred generations).10,11

But there is no evidence to justify Kimura’s wishful speculation. The evidence shows the opposite: given enough time, organisms will eventually succumb to the weight of the damaging mutations that accumulate gradually, and will go extinct.12 In fact, a paper presented by Sanford and others at a symposium on information at Cornell University demonstrated that lots of such ‘high-impact’ beneficial mutations would actually hasten extinction. They “strongly interfere with selection for or against all low-impact mutations”, which makes the problem of genetic entropy worse.13

Evolutionists will sometimes try to rebut these ideas by saying things like, “If a mutation is damaging, it will be weeded out by natural selection.’ This oversimplified view of selection is drilled into biology students relentlessly in classrooms all over the world—and it is greatly misleading, because for most mutations, it is totally wrong!

Natural selection (NS)—a straightforward, real process—essentially just means ‘differential reproduction’; some members of a population will reproduce more than others. Therefore, the traits that are possessed by the ones reproducing the most are going to become the most common in the population over time.

The power of NS has been carefully measured.14 For selection to be able to ‘see’ the mutation, it must be strong enough to affect reproduction (e.g. by killing the individual before it can reproduce, or by causing sterility or a significant decline in fertility).

Thus, NS cannot ‘see’ a nearly-neutral mutation because, on its own, the negative effect of the individual mutation is very tiny—far too small to cause any appreciable difference in reproduction. As errors accumulate with each generation, eventually their collective effect is very damaging (see ‘Racing cars and error catastrophe’ p. 50).

In short, if the world were even several hundred thousand years old, genetic entropy means that we would have long since become extinct.

It is easy to see that selection does not weed out most mutations. We all have hundreds of mutations our ancestors did not have—yet most people have no trouble becoming parents and passing on their genes (along with many mistakes, both old and new).

NS only works on individuals

Forced to acknowledge that NS is blind to nearly-neutral mutations, a common evolutionist response is, ‘Once the accumulating damage from the mutations becomes significant, NS will start to remove them.’ But this fails to understand the problem. Natural selection can only weed out individual mutations as they happen. Once mutations have accumulated enough to be a real, noticeable problem, they are then a problem in the entire population, not just in an individual here or there. The whole population cannot be ‘selected away’—except by going extinct!

In short, if the world were even several hundred thousand years old, genetic entropy means that we would have long since become extinct.15 This demonstrates that it is biblical creation, not evolutionary theory, that matches up to genetic reality—and it highlights the dismal future that awaits humanity apart from the intervening work of our Creator God.

Imagine a racing car in top condition. Now imagine someone strikes it with a small hammer, putting a modest dent in one of its panels—or a chip in its windshield. Will this single occurrence affect the car’s chances of winning the race? No, but it’s obvious that the hammer blow did some damage, albeit slight.

By analogy, the hammer blow is a nearly-neutral mutation; the dent is the mutation’s effect. The race is analogous to ‘natural selection’; the winner of the race is ‘fitter’ than the competition.

Now imagine this gets repeated thousands or even hundreds of thousands of times, all over the car; eventually it will suffer significant damage. It will get less aerodynamic; it might become impossible to see out of the windshield; electrical connections inside the car might get jarred loose. Eventually, given enough of these slight impacts, the car will become totally unusable. But the process is happening to not only one car. Every car in the race is accumulating these little dings at roughly the same rate. At some point, so many cars will have become unusable that the whole race must be cancelled.

Canceling the race is analogous to extinction. In genetic terms, this is called ‘error catastrophe’ or ‘mutational meltdown’. 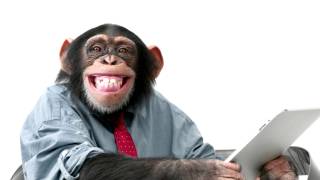 Genetic Entropy -- the rapid destruction of the human genome