Hitler, the Dalai Lama, sin and salvation; and the religion of North Korea

Canadian correspondent Samroon R. asked us about the actions of Hitler compared to the Dalai Lama, and the role of conscience:

Dear Brother in Christ, my question to you is that we all have fallen nature. All of us are born sinners. Hitler was born a sinner and so is Dalai Lama. What my dilemma is, when we all have a sinful nature, why some people are able to commit more sinful behavior than others? Did Hitler have a defiled conscience and Dalai Lama doesn’t—that is why Hitler committed such hideous crimes and Dalai Lama is still preaching and following great moral values. His moral stands on issues such like abortion and homosexuality exactly matches that of a Christian. What is your judgement in order to resolve this issue? Is there any psychological issue with people who commit moral crimes and they cannot control themselves, or is there a spiritual issue such as demon possession! Do our circumstances play a part in shaping our thinking and how does our conscience become defiled? I would be grateful if you address this issue—do recommend some material for study on this issue. Thanks and God bless you and your ministry.

The fallen nature of man ensures that all of us will sin at many points in our life, both by doing things we should not do, and by failing to do things that we should do. We can also sin in our thoughts; for instance, by harboring hatred, lust, or blasphemy in our minds. This ensures that even the ‘best’ fallen person will still fall far short of God’s standard of perfect righteousness. Even ‘good’ pagans like the Dalai Lama who promote social issues that Christians may agree with are thus condemned by their own thoughts and actions.

Not everyone is as completely depraved as they might be

The inconsistency you point out in the behavior of fallen people like the Dalai Lama and other fallen people like Hitler arises because not everyone is as completely depraved as they might be. However, every person is depraved in every part of their life. One person might sin some time by getting angry and saying something hurtful to his brother. Someone else might sin by getting angry and killing his brother. Anger and murder belong to the same ‘category’ of sin (Matthew 5:21–22), but the person who said something hurtful to his brother did not sin to the same extent as the person who killed his brother.

Sometimes there may be psychological reasons involved in a person’s sin (one thinks of sociopaths who are completely unable to empathize with others). Or with the propensity to a certain category of sin being more frequent in their lives than others—even genetic factors may predispose a person to one type of sin. But predisposition does not make that particular sin inevitable, nor does it change our individual responsibility for it. I would not exclude demon possession as a possibility either. But such things are the exception, rather than the rule. The problem isn’t that we’re sick and need counseling, the problem is that we’re sinful and need a Savior. While other religions can claim people who have experienced genuine change in their lives, only Christ can mend the broken relationship between God and humanity that our sin caused.

Samroon subsequently responded to Lita with some further enquiries—see Does a worldview have to be livable?

In response to our article about atheists’ teaching rights, Netherlands correspondent Gerrit N. challenged our mentioning of North Korea as an example of an atheistic country:

Don Batten refers to the religion of North Korea as Atheism. Don’t you think it more properly should be referred to as a form of imperial cult-"Emperor worship"?

The official religion of North Korea is atheism, like all Communist states of the past and present, many of which end/ended up with the people venerating (voluntary and forced) the “great father” of the country (Stalin and Mao, for example).

In Japan, where Shintoism and Zen Buddhism have no place for a Creator-God, the emperor became an object of worship.

When you remove worship of the Creator-God from a culture, you don’t end up with rationalism but superstition, as American Skeptics found to their surprise. They found that in regions of the USA where strong, Bible-believing Christianity was weakest, superstition was strongest—see Superstition vs Christianity. This suggests that the more the "New atheists" succeed in their aims of eradicating Christianity, the more superstitious people will become.

In the west we see people venerating pop stars (Michael Jackson), movie stars, sports stars, even sometimes seeing political leaders (Barack Obama) as Messiah-like and "worshiping" them. People don’t cease to be religious when you get rid of the true God; they just transfer their sense of worship to something else that is not worthy of worship.

The Bible speaks of this phenomenon in Romans 1:18–25 (note the last verse):

For the wrath of God is revealed from heaven against all ungodliness and unrighteousness of men, who by their unrighteousness suppress the truth.
For what can be known about God is plain to them, because God has shown it to them.
For his invisible attributes, namely, his eternal power and divine nature, have been clearly perceived, ever since the creation of the world, in the things that have been made. So they are without excuse.
For although they knew God, they did not honor him as God or give thanks to him, but they became futile in their thinking, and their foolish hearts were darkened.
Claiming to be wise, they became fools, and exchanged the glory of the immortal God for images resembling mortal man and birds and animals and creeping things.
Therefore God gave them up in the lusts of their hearts to impurity, to the dishonoring of their bodies among themselves, because they exchanged the truth about God for a lie and worshiped and served the creature rather than the Creator, who is blessed forever! (ESV)

A good article. On the atheism and emperor worship. In regards to atheism, the communists probally have a similar respect/veneration for their leaders as many atheists actually have for Darwin. This comes from them always in fact choosing to take the thought of Darwin above all else. They make his world view king of their mind. 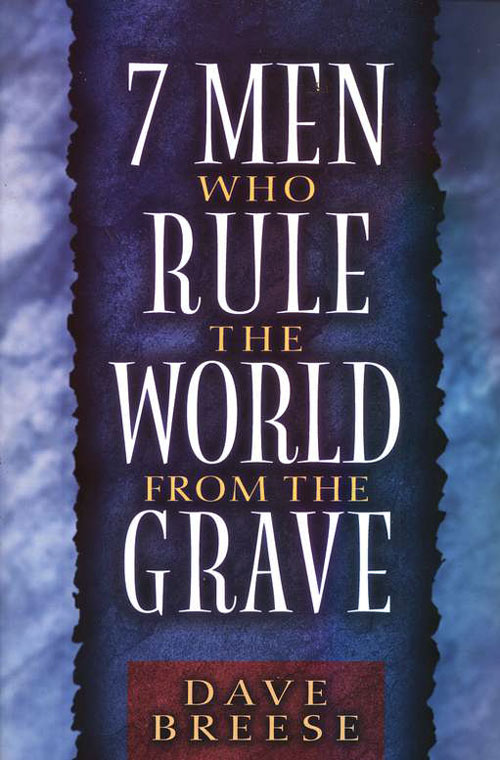 The Long War Against God
by Dr Henry Morris
US $17.00
Soft Cover

7 Men Who Rule the World from the Grave
by Dave Breese
US $15.00
Soft Cover
The Long War Against God
by Dr Henry Morris
US $17.00
Soft Cover