How could Noah’s Ark have survived the flood?

Today’s feedback is from Andrew P. of the United States who has questions about Noah’s Flood.

CMI, I have a pressing question about the Flood and how Noah could have survived it. There are many Flood models on your site, the most promising of which seems to be catastrophic plate tectonics, but it seems that an Ark of the proportions described in the Bible could not survive such an event.
How would it stop from capsizing with the massive waves that would follow such a tectonic event? Also, would the heat generated by such an event not have killed the animals as well as Noah and his family? Finally, the model proposed by Baumgardner includes high speed jets and cyclonic eddies. Would these not pulverize the ark?
Thanks for your time, and I hope that you can get back to me on this!

Thanks for your email.

Any concerns and questions about how that was possible simply mean that we need to do more investigation.

We know that the Ark did survive the Flood event. Consequently, any concerns and questions about how that was possible simply mean that we need to do more investigation, which is always a good thing.

Various marine engineering studies done on the sea worthiness of Noah’s Ark indicate that it was incredibly stable. See for example Safety investigation of Noah’s Ark in a seaway. Engineer Werner Gitt also did a stability study on the Ark and concluded it was remarkably stable in fierce seas. He presented a paper on this at a CMI conference (see How Well Designed was Noah's Ark?).

Seafloor spreading by Catastrophic Plate Tectonics would have resurfaced the ocean floors. However, there was hot material already on the ocean flood but beneath an insulating cover of overlying rock, which was holding the heat in place. (For details see Catastrophic plate tectonics: the geophysical context of the Genesis Flood. Note the calculated mantle temperatures in figure 1 of that article.) After the resurfacing of the ocean basins, heat would have been absorbed into the oceans. These were warmer at the end of the Flood than they are now. These warm oceans were one of the main driving forces for the post-Flood Ice Age. (See What caused the Ice Age?) Also, when the top layer of oceanic crust cooled and solidified it would have acted as an insulating layer and slowed the transfer of heat into the oceans. Although the oceans warmed, they were never excessively hot. (See Do Greenland ice cores show over one hundred thousand years of annual layers?)

Although the Flood lasted just over a year, the Ark was afloat about only a quarter of that time.

If the jets of water included in John Baumgardner’s model did occur, we would explain the survival of the ark as being due to the localized position of the jets and the Ark not encountering them. Not all Flood models propose water jets. As you suggest, there probably were strong hurricanes present during the Flood (See Hypercanes: rainfall generators during the Flood?), and the Ark survived these. Note that although the Flood lasted just over a year, the Ark was afloat about only a quarter of that time. It likely began to float after 40 days (Genesis 7:17) and came to rest on the Mountains of Ararat after 150 days (Genesis 8:3–4). All together this is a little over three and a half months, which means the Ark would not be at risk from jets, hurricanes, and ocean waves for all that long.

I hope this is useful. All the best, 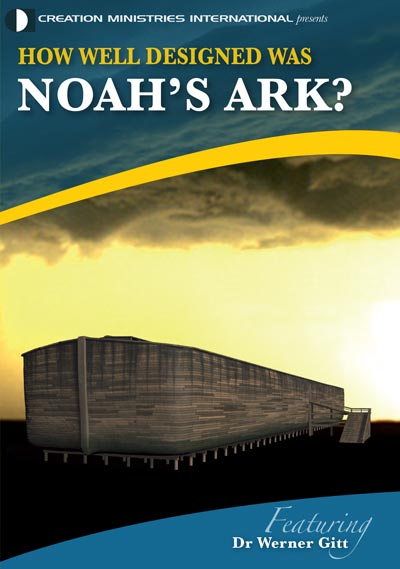