We have written several articles about animal cloning over the years in this magazine. Several more have appeared on the pages of creation.com.1 This is a difficult issue, with spiritual, moral, legal, and technological twists at every turn. Yet, from the first successful clone of Dolly the sheep (1996),2 cloning technology has improved at a rapid rate. Today, it is routine to clone pets, farm animals, and even race horses. This comes as a shock to many people who have not realized how fast this field has changed in the past 20 years.

The technology is here to stay, but that brings up a perplexing issue: is it possible to clone people? And, if someone eventually does clone a person, how should we react?

Cloning humans is illegal in most countries. That is, the creation of an entire person from another person’s cells is illegal. What is not illegal in most jurisdictions is experimentation on cloned tissues. It is possible to grow organs, for example, from a person’s cells. If those organs (for example, a heart or a kidney) were created from a person’s skin cell, for example, this is not necessarily immoral. The problem comes in when it involves embryonic cells; that is, creating a cloned embryo, and then destroying it for its cells. CMI holds the position that an embryo is a human being, for both biblical and scientific reasons. Therefore, if an embryo has to be sacrificed in order to create something, that procedure is immoral as it goes against the biblical injunction against murder.3 Worse, in most places it would be legal to create a human embryo as long as it is destroyed before maturing.4 Also, new procedures are constantly being developed that constantly push the limits of cultural sensibilities, dulling our reactions to troubling trends, such as the ‘3-parent baby’ procedure recently made legal in the UK.5

CMI holds the position that an embryo is a human being, for both biblical and scientific reasons.

The information above is not necessarily ‘good’, but this part is even worse: there are no known technological limits that are preventing the cloning of human beings. Science has progressed to the point where we are now able to do things thought impossible just a short time ago, and cloning people is theoretically one of those things. In developed countries, specific laws are preventing it from legally occurring, but cloning advocates are constantly pushing the limits of those laws and the line between legal and illegal, and between moral and immoral, is getting more and more blurry.

Putting it all together

Think about this: identical twins (and the more rare identical triplets, quadruplets, etc.) are clones. Almost immediately after an egg is fertilized, rapid cell division happens. At some point early in development, the ball of cells splits in two. Two (or more) individuals can be born that started from a single fertilized egg and that have essentially the same DNA (the definition of a clone). Thus, human cloning is not only possible but happens naturally.

OK, but is it then moral for scientists to experiment on making clones of humans? No, it is not, for several reasons.

Humans are unique in all of creation. The Bible says we are made in the image of God, are at the centre of God’s thoughts, and are the focal point of all creation.6Mankind was given dominion over the rest of creation (Genesis 1:26–28), but not over other humans. Therefore it is not right to treat tiny human lives as objects of experiments.

Animal experiments have shown that cloning is not 100% safe, and often involves the destruction of malformed embryos or newborn animals. If we are talking about human cloning, we will also be talking about selective abortion to remove embryos that develop improperly. Thus, this is also a pro-life issue.7

Is it then moral for scientists to experiment on making clones of humans?

Is there a biblical answer? Yes!

After considering these things, what is a reasoned response? How should the Christian view Human cloning?According to the Bible, taking innocent human life is murder. Since an embryo is a human, any scientific procedure that requires the culling of embryos is inherently immoral. In addition, any procedure that creates an unwarranted increased risk to future human life and health should be banned. This does not mean we ban all risky medical procedures, but only those (like cloning) that are risky and without benefit to the individual.

Any procedure that creates an unwarranted increased risk to future human life and health should be banned.

Now, think about this: one day a human might be cloned. What will your response be? Is that person human? Does that person have a soul? Is it possible for that person to respond to the Gospel? Can that person be saved? We answer all of these questions with an emphatic, “Yes!” This should be obvious, since we have already pointed out that identical twins are clones, and no Christian would deny that they could be saved.

Cloned or not, human life is precious in God’s sight. All living people today are descendants of Adam and therefore fall under the Curse. Yet, all people are also related to Jesus Christ, the Kinsman-Redeemer (Isaiah 59:20), and therefore can be saved from the eternal condemnation brought about by that Curse.9 A cloned person would be no different. Cloned humans would be people, descendants of Adam, and related to Christ, their Redeemer; thus they would need the Gospel as much as any of us. 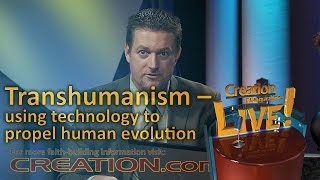 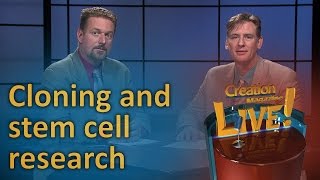