The Incarnation of Jesus and miracles

—and why naturalism fails to explain the world

The Incarnation of Jesus Christ was a profound miracle. Not just that a virgin gave birth to a son, but that God became flesh in the form of a man, and ‘dwelt among us.’1 The Creator became part of the Creation. The Apostle John in his gospel tells us that Jesus was the very Word of God from the beginning, and that all things were made through Him:

Through the Incarnation of Jesus, we can see that God is still at work in the world, bringing people to a knowledge of who He is, bringing abundant life and divine light into the world. ‘In him was life, and the life was the light of men. The light shines in the darkness, and the darkness has not overcome it.’2

Despite this blessing that God has given to the world it is sometimes hard to understand why many reject Him. Many Jews rejected Jesus in his lifetime, as have many Gentiles subsequently. But to those who accept Him, He has given ‘the right to become children of God,’ A people born not through natural processes, but through a work of divine grace:

The dominance of naturalism

In the western world the predominant philosophy is that of naturalism. A belief that nature is all there is, and that it is possible, and necessary, to explain the world only through natural processes. There is no place for miracles. Big Bang cosmology and biological evolution have become the creation narratives of naturalism. But can the world be fully explained through natural processes alone? The answer is a profound no. An example of the failure of naturalism to explain the world is the Big Bang cosmological belief that ‘In the beginning nothing exploded.’ Proponents of naturalism fail to see the irony in this as they try to argue that nothing is at the same time not nothing.3

The rejection of miracles by naturalism also fails on the problem of induction. Unlike deduction, where logical arguments follow by necessity, inductive inferences seek to establish general laws from limited observations—but the limited data-set leads to uncertainty. A classic example that highlights the problem of induction is the statement that ‘all swans are white,’ which was once believed true. One black swan would render the statement false. And indeed, black swans (Cygnus atratus) were discovered in Australia by European explorers (led by Willem de Vlamingh) in 1697! Miracles are rare, but unless one has a perfect data-set, across time and distance, naturalism cannot rule them out.

Furthermore, naturalism in effect takes divine properties and seeks to place them in nature. Naturalism ascribes to nature the power of creation, the power of self-existence, and the foundation of truth and value. And yet these are divine attributes, foundationally true of God alone. This is why many Christians see in the concept of naturalism not atheism, but pantheism4—which inevitably is nature worship. From this, naturalism even has its own salvation narrative as people speak of ‘mother Earth’, and campaign to ‘save the planet.’

Of course, as Christians we do have a duty of care towards creation, and towards one another, but what is needed first is a transformed heart, which is something only God can do. Naturalism cannot change people’s hearts for the good. It can only control behaviour through laws. There is irony in the desire of naturalism (which in its political form is secular humanism) to get rid of God; it perceives God as being too restrictive of human behaviour. But we can observe that the increasingly secular nations are becoming even more legalistic. This is because many people with unregenerated hearts do not fully consider the needs of others (including their spiritual welfare), and must be controlled through laws.5

A message of hope

He writes the law of God upon our hearts.

The miracle of the Incarnation extends through the earthly life of Jesus to the miracle of the Crucifixion and Resurrection. That Jesus, fully God and fully man, died and rose again, overcoming the power of death. The technical terms for the outworking of Jesus’ work on the cross are Justification and Sanctification. Justification is a legal term, whereby those who turn to God with sincere hearts in repentance6 are declared righteous in the divine court—because Jesus paid our debt of sin in dying on the cross. Sanctification is an ongoing work of the Holy Spirit: He writes the law of God upon our hearts. It is no longer a legal code written on scrolls or stones, but written upon our hearts. Our desire then is to pursue the good and not the evil, through transformed hearts and minds. See Galatians 5, especially v. 14, “For the whole law is fulfilled in one word: “You shall love your neighbour as yourself.”

As a philosophy, the naturalism that pervades the thinking of so many today fails for several reasons: it cannot justify its own claims in terms of a rejection of miracles, it cannot provide a coherent creation narrative, and politically it grows to become more legalistic not less. Neither can it provide a foundation for truth and value, and it certainly cannot change hearts and minds!

On Christmas Day we are reminded of the Incarnation, that the Word of God became flesh. As you contemplate this amazing fact, recall that it is He who created all things (John 1:3). This is celebrated in each edition of Creation magazine and in numerous articles at creation.com. In these you will find much evidence of God’s handiwork, and the wonder and wisdom of Creation. We hope and pray that it will prove an encouragement to your faith. 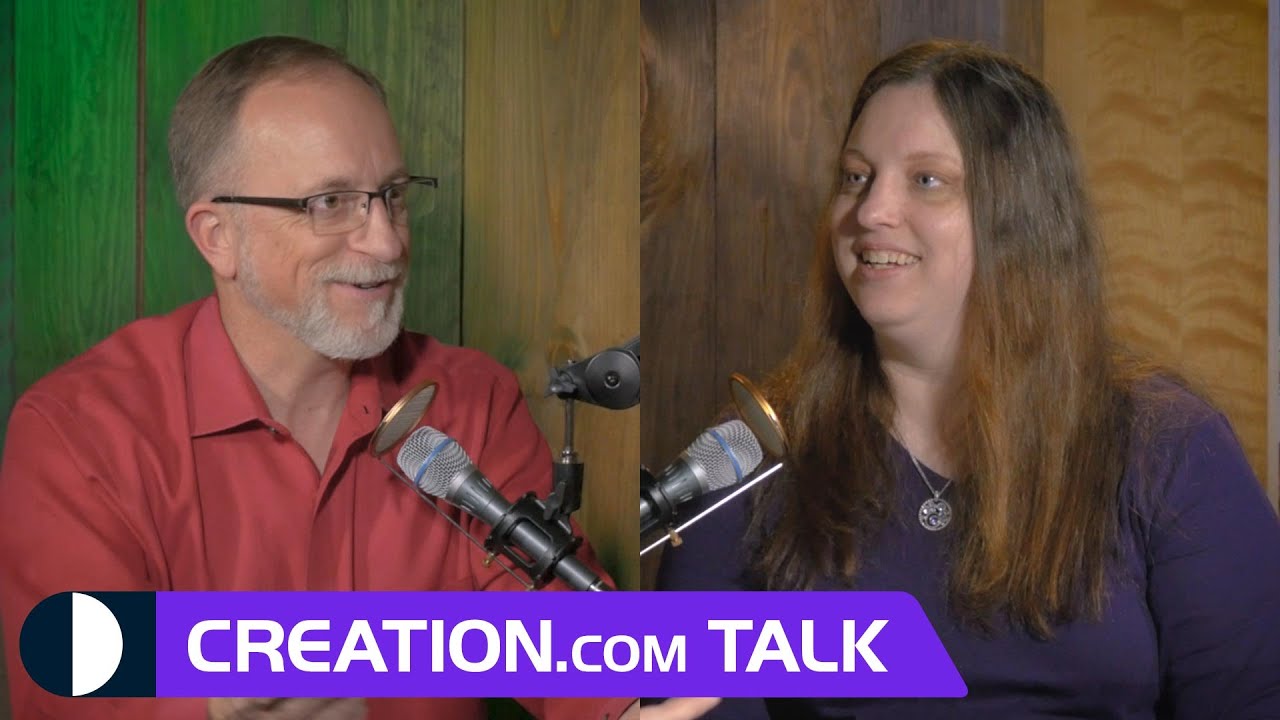 The Incarnation of Jesus Christ 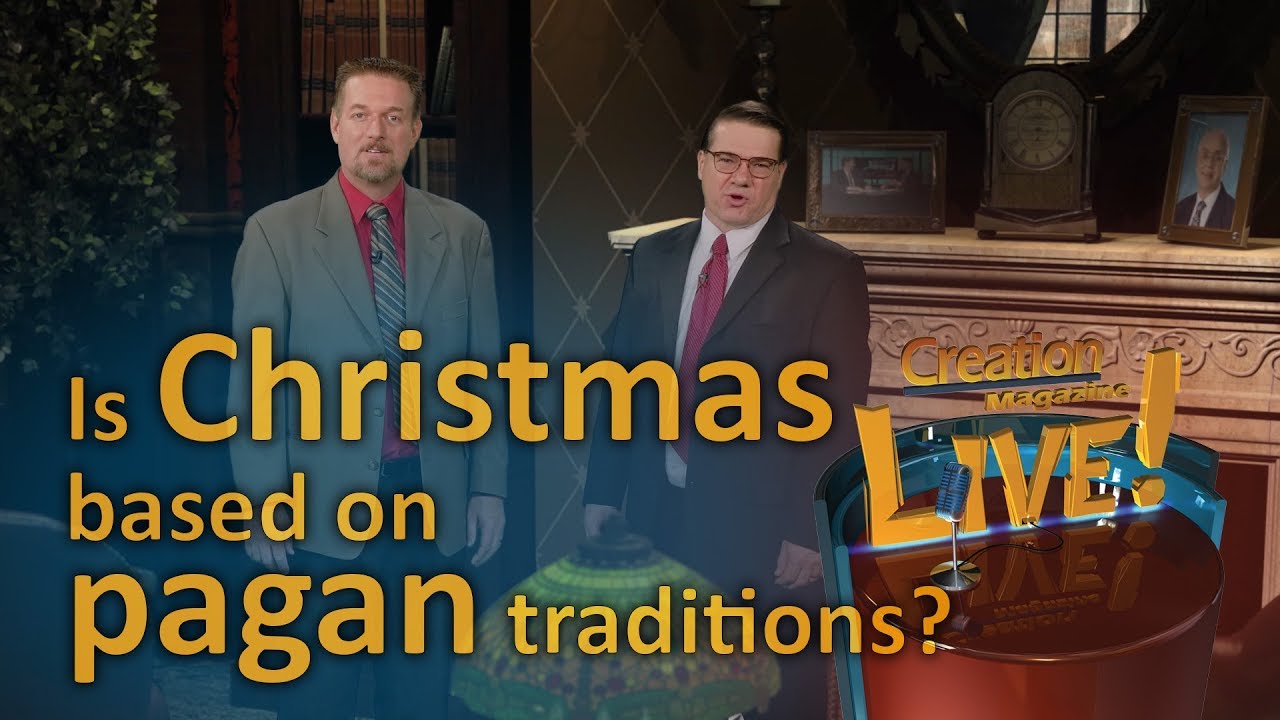 Is Christmas based on pagan traditions?