The church of Jedi … believe it!

Star Wars creator says all religions are true, so fans invent their own

The Force Awakens (another installment of the popular Star Wars movie franchise) has led to a spike in people joining a sci-fi-based religion known as Jediism. Britain’s Daily Telegraph reported that over 1,000 people a day were signing up, even before the movie’s release in December, 2015.1 While ‘Jediism’ began as a joke, it has gained serious traction. Even as far back as 2012 a UK census found that “it [is] the most popular faith in the ‘Other Religions’ category on the Census and the seventh most popular faith overall.”2 While adherents acknowledge that their religion is based upon fiction, they claim to seriously follow the man-made spiritual and moral teachings practiced by the characters in the movies. They have asked for official government recognition as a religion.

While adherents acknowledge that their religion is based upon fiction, they claim to seriously follow the man-made spiritual and moral teachings practiced by the characters in the movies.

Over 10 years ago in my book Alien Intrusion: UFOs and the Evolution Connection (AI), I demonstrated how beliefs based upon popular entertainment were shaping Western societies, especially when it came to beliefs about life evolving on countless other worlds in the universe. Such beliefs have spiritual implications. If such life evolved millions of years before life evolved on Earth, then any potential alien life could be ‘millions of years’ more advanced in their technology, and they could have even been the creators of humankind, seeding life on Earth. This is no longer just science fiction—such an idea has been promoted by well-known scientists including Richard Dawkins, Paul Davies, and even DNA co-discoverer, Francis Crick. Is it any wonder that people, prompted by these same themes promoted in science fiction, would then look to ‘the stars’ for inspiration—where these alleged ancient alien civilizations have already overcome all types of problems that humans face on Earth? This would include starting a new ‘perfect’ religion, free from the laws and moral bounds of ‘primitive’ earthly religions that also inhibited human evolution. Indeed, many of the extreme sci-fi cults have made up all sorts of strange moral codes, especially regarding sex.

I quoted Star Wars creator George Lucas in AI when he said, “I put the Force into the movie in order to try to awaken a certain kind of spirituality in young people … I think there is a God. No question. What that God is or what we know about God, I’m not sure.”3 Well, he seems to have achieved his goal. Elsewhere he also said, “I wanted to try to explain in a different way the religions that have already existed. I wanted to express it all.” And that, “All religions are true.”3 But this concept that all religions are true, and that ‘all’ the different alien races ‘out there’ might be our creators is illogical, which is ironic given the attempt to appeal to rationalists. How can they all be “true” when they make conflicting claims? For example, Jesus said that no-one comes to the Father except through Him (John 14:6), but other religions deny this. They can’t all be true (correct). So instead, it is now said that all religions are ‘equal’.

‘All religions are equal because they are all man-made’

Making up new religions so one can do what is right in one’s own eyes is really just a form of idol worship dressed up in modern clothes.

A satirical letter sent to the Kansas State Board of Education (US) in 2005 poked fun at creationist beliefs, citing that the ‘Flying Spaghetti Monster’ was the creator and therefore as valid as the teaching of intelligent design. The letter effectively claimed that all religions were man-made and therefore all ‘equal’. Sometime later, this incident spawned yet another nonsensical ‘church’ called the ‘Church of the Flying Spaghetti Monster’, which now has chapters in several countries. In New Zealand they have even been given permission to conduct weddings.4 Note that this is really claiming, not that all religions are true, as Lucas said, but that all religions are equally baseless, including Christianity. The invention of these new truly baseless religions entails:

Only the real Creator has the power to save you

“The natural person does not accept the things of the Spirit of God, for they are folly to him, and he is not able to understand them because they are spiritually discerned” (1 Corinthians 2:14). This is why creation ministry is so important today. By demolishing their foundational belief in evolution and providing evidence of the Creator God of the Bible, we can help people discern the fallacies in truly man-made religions. 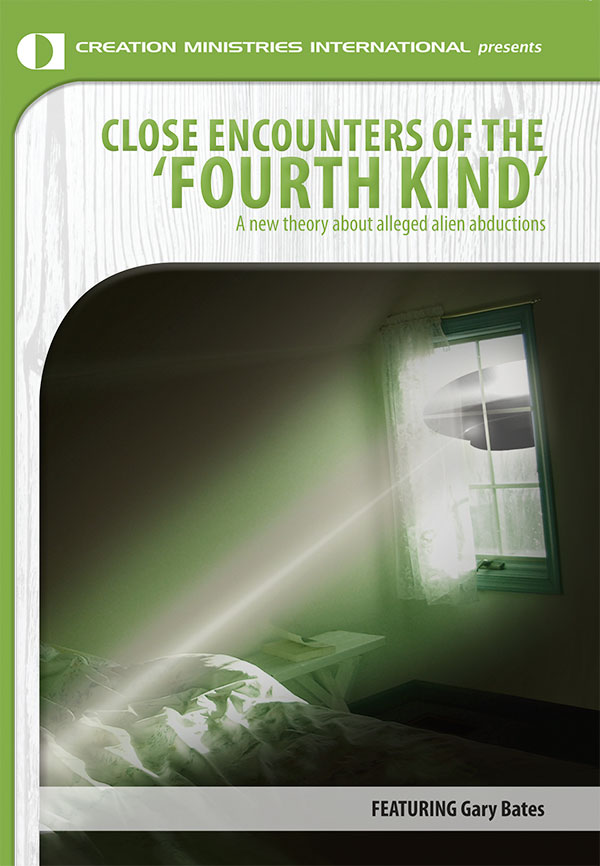