Job 41 describes a creature beyond compare, something which defies all human attempts to subdue or tame it. No weapons are effective against it, and the mere sight of it is enough to terrify even the bravest man. God’s creation and ownership of Leviathan is put forward as a prime example of God’s power:

If God is glorified because He created Leviathan, surely it’s reasonable to conclude that it was a real creature, which Job could have actually looked at and been expected to recognize.

The best explanation seems to be that the Leviathan in Job was a giant crocodile known as Sarcosuchus, which grew to 11.2–12.2 metres and weighed up to 8 tonnes. This huge crocodile dwarfs today’s largest—the saltwater crocodile (the largest confirmed individual was only 6.3 m long and only 1,200 kg). Furthermore, its back had a row of bony plates, called osteoderms, which fits the description in Job 41:15, “His back is made of rows of shields”.1 See A new candidate for Leviathan?, J. Creation 19(2):14–16, 2005.

Scholars generally agree that there is a connection between the Baal epic and the Isaiah passage.

The poetic and apocalyptic tones make one wonder whether Leviathan isn’t a symbol for something else. So what is this Leviathan?2

Leviathan in Psalm 74 and the Baal epic

Psalm 74 is talking about Israel’s foreign enemies, but most of them, with the exception of Egypt and Babylon, are not well understood. This is especially true of their Canaanite neighbours, as very few papyri or parchments were preserved, and these were the main media for writing. But in 1928, the ancient city of Ugarit was discovered, and clay tablets with Ugaritic writing were uncovered.

One of the writings is known as the Baal epic, and it has some interesting parallels with the language in the Isaiah passage (see table 1).

It is important to note that in this passage of the Baal epic, Mot, the god of death, is speaking to Baal, the same false god who Yahweh defeated on Mount Carmel (1 Kings 18:16–40).

Scholars generally agree that there is a connection between the Baal epic and the Isaiah passage because of the key words that they have in common: Leviathan, fleeing, and twisted.

Another passage from the end of the Baal epic is also of interest, depicting a battle between Baal and Yamm, a sea god:

“Indeed! I have struck Yamm, the beloved of El
Indeed, I have finished off the great river god
I have muzzled the dragon, I have quieted him
I fought the twisted serpent
The powerful one of seven heads.”

This gives a further link back to Isaiah (interestingly, the word for ‘sea’ in Isaiah 27:1 (and in the Hebrew Bible as a whole) is yam, the same root as the name Yamm). These same parallels exist between the Baal epic and Psalm 74, which also uses the Hebrew words yam and tannin. Verses 12–17 say:

“Yet God my King is from old,
working salvation in the midst of the earth
You divided the sea by your might;
you broke the heads of the sea monsters on the waters.
You crushed the heads of Leviathan;
you gave him as food for the creatures of the wilderness.
You split open springs and brooks;
you dried up ever-flowing streams.
Yours is the day, yours also the night.
you have established the heavenly lights and the sun.
You have fixed all the boundaries of the earth;
you have made the summer and the winter.”

Interestingly, both the Baal epic and Psalm 74 refer to Leviathan as having multiple heads.

How do we handle the parallels?

Some scholars argue that the parallels between the Baal epic and the poetic Leviathan passages show that the Israelites, before they were monotheistic, had a primordial creation story that involved Yahweh battling with monsters like other ancient near east creation accounts. For instance, McGuire says,

“Isaiah 27:1 is probably one of the most pristine examples of relatively unmodified Canaanite literature which can be found in the OT canonical books. The mythological motifs which it contains (Leviathan, dragon, sea), however, are in fact not at all uncommon in a variety of theological settings in the OT. In their most ancient forms these mythological materials are concerned with the basic two-part theme of the defeat of the dragon of chaos (often by a creator god), who is represented by one of several names as a sea monster of the Sea itself, and the resultant establishment of kingship by the god.”3

One reaction is to avoid acknowledging any parallels with other texts at all to avoid the ‘problem’ of parallels between inspired Scripture and texts from false religions. But there are problems with both views, and the latter seems to amount to avoiding the obvious links between the texts.4

In reality, it is possible to acknowledge the overlap between the two texts while maintaining that each has its own distinct focus and message. The key is to fit the parallel in both contexts, without making it more than it is on the one hand or denying it entirely on the other.

It is important to understand that the psalm is written in the context of the pagan nations destroying the sanctuary of God, and the parallel is employed deliberately to rebuke these pagan nations. The technical term for this sort of parallel is ‘broken mythology’; the point is that the psalm and Isaiah are attributing things to God that were attributed to Baal. In effect, it’s saying, “Yahweh, not Baal, did these great things, so He is supremely powerful.” To quote Old Testament scholar Tremper Longman:

“What is the psalm saying then? Is it agreeing with the pagan religions of their neighbors? Far from it! God’s destruction of Leviathan in Psalm 74 is an image of his power. Further, there is a message to the pagan nations here and to those Israelites tempted to worship foreign gods. That message implicitly stated: ‘Your gods are nothing; our God is everything. You think your gods showed their power by defeating the forces of chaos (for this is what the sea stood for). You are wrong. It was Yahweh the God of the Israelites, our God’.”5

Making the point even stronger, verses 13 through 15 each begin with the singular masculine pronoun, which adds emphasis, saying in effect (to paraphrase), “It was you, not Baal, who split open the sea with your power” and so on.

So what is Leviathan?

How can Leviathan have a symbolic, poetic meaning in these passages, but represent a real creature in Job 41? It’s important to note that just because two passages use the same word, it doesn’t mean the word is representing the same thing.

So perhaps the answer is to recognize that while Job’s Leviathan was a real aquatic creature, Leviathan in Psalms and Isaiah is something different altogether. So when Job talks about an animal that scorns fish hooks, it is referring to an actual fearsome, water-based creature. By contrast, when Isaiah and the Psalms talk about a multi-headed monster in the context of foreign nations and gods, it is probably talking about the false god, depicted as a sea monster.

Both the Baal epic and Psalm 74 refer to Leviathan as having multiple heads.

The next question is when did Yahweh destroy Leviathan in a watery judgment? A prime candidate for this would-be imagery of the parting of the Red Sea; if this is the case, then Leviathan is embodied by the Egyptian army who were destroyed when the waters came crashing down on them. Such exalted poetic imagery is appropriate for this event because the Exodus throughout the Old Testament is depicted as a prime example of God’s power and majesty, second only to creation.

The Exodus imagery is also supported by the Old Testament use of the word Rahab (Hebrew רהב). In Job 26:12, we have Rahab, who is apparently a sea creature destroyed in a watery judgment. However, in Psalm 87:4, 89:10, and Isaiah 30:7, we see Rahab used as a name for Egypt. (Note that ‘Rahab’ from Jericho, who hid the Israelite spies and became an ancestress of Jesus (Matthew 1:5), is a different Hebrew word, רחב rachab). It is possible, then, that Rahab and Leviathan may have overlapping semantic ranges, and both of them could be used poetically to refer to Egypt.

Does this fit with a creationist view?

No-one really has a literal view of Scripture, no matter where on the spectrum one falls, every interpretation must allow for figurative language. A plain (grammatical–historical) view of Scripture allows us to read Scripture as its human authors and original audience would have understood it. So if we find that in a certain context, Leviathan is not meant to be understood as an actual sea creature, but in another context it is, that is not inconsistent with, for example, a belief in an actual 6-day creation, because in each instance we are letting the text dictate how we interpret it. 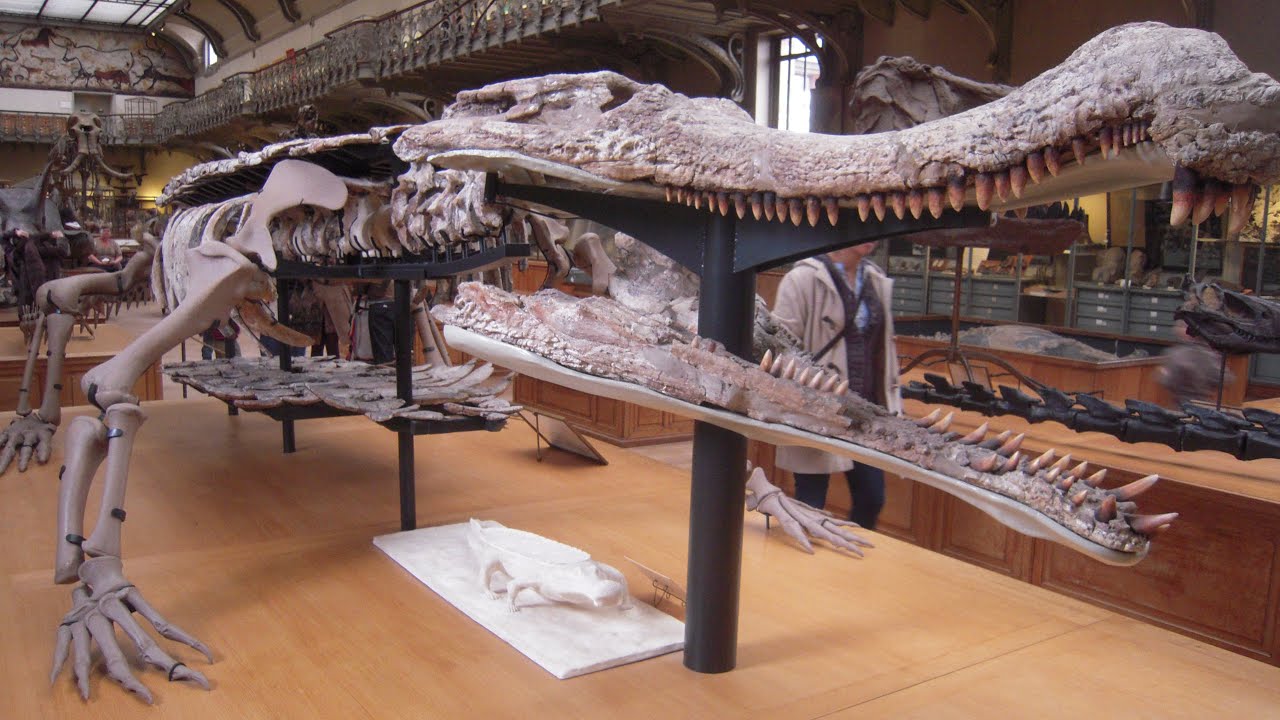