Does Leviticus 19:19 prohibit the cross-breeding of horses and donkeys?

Are they in the same created kind?

Lukas J., from Poland, wrote to us with an interesting question about Leviticus 19:19 and hybridization.

Hi, I’ve read some of your articles talking about created kinds. In these articles, you say that the ability of donkeys, horses, and zebras to breed with one another indicates they all descended from the same original created ‘kind’, as specified in Genesis 1.

You are correct to point out that donkeys, horses and zebras can breed with one another, thus they are all the same created ‘kind’.

In 1 King 1:33–34, 38, 44, we see that King David (a Jew), made Solomon sit on his mule, and then inaugurated him as the King of Israel. In the same way, Jesus arrived in Jerusalem riding on a donkey (Matthew 21:5), to signify that he is the messianic King of Israel, and the true son of David (Zechariah 9:9). If mules were not considered part of the same created kind as donkeys, Jesus’ actions would not have carried the same prophetic significance.

The word translated as ‘kind’ (kil’ayîm) in Leviticus 19:19 is different from the word for ‘kind’ (mîn) used in Genesis 1.

Does this apply to the breeding of horses and donkeys? There are two possible answers to this question.

First, we should note that modern-day Judaism interprets Leviticus 19:19 to mean that we cannot mate the horse and donkey. This is the reason many commentaries today claim that donkeys and horses are not allowed to interbreed. But this practice, as far as I can tell, seems to stem from a late tradition.

At the same time, it is possible to interpret this passage as saying that this is a prohibition against breeding some animals that belonged to the same created kind. That is, why would there be a prohibition if it is not possible for these creatures to reproduce (i.e., they are one created kind)?

Under the Old Covenant, laws like this may have specifically served to teach Israel to recognize natural divisions for ritual purity rather than merely practical reasons. While there may be health or practical reasons for obeying the laws on ritual purity, these appear to be incidental or even irrelevant. The pagan practices were often more practical and economical at times, and they were known to practice hybridization for that very reason. For example, Leviticus 19:19 and Deuteronomy 22:9 prohibit Jews from sowing one’s field with two kinds of seeds. Yet we know that planting more than one type of seed together often enhances crop yield. For example, corns, beans and squash are traditionally known as the three sister crop since they are known to complement one another in the garden and increase yield.

Likewise, I used to be part of a research group that looked at growing different species of plants together to increase yield. Each plant takes up certain nutrients and releases different nutrients into the soil, and when these different plants are grown together, the yield of all these plants are significantly increased. E.g., nitrogen fixation in the soil.

Planting multiple crops also reduces disease and pest pressures in many cases, and monocultures can sometimes be more challenging. E.g., some plants are prone to certain pests, but those pests avoid other plants, so intercropping different plants together can reduce the pest pressure in a farm. Some plants also attract predatory insects which again reduces the pest pressure on vulnerable plants. Many plants also produce significantly more yield when different cultivars of the same plant are planted close together. This is especially true for fruit trees.

Moreover, notice that the Jews were only prohibited from mixing wool and linen, but not necessarily prevented from mixing other materials. Again, it is likely that the pagan nations around them were doing this as well as intercropping plants, yoking donkeys and oxen together, so it would likely have been more practical and economical to do those things, or there would not have been a need to prohibit those practices.

While many of the cleanliness laws had great health benefits, it doesn’t appear to be the main reason. Rather, ritual purity is a far more likely reason. This was to symbolize the separation of the Messianic People from the surrounding pagan nations until the Messiah came to break down this wall (Ephesians 2:14). For example, lobsters have legs but live in the sea, so they violate the ritual land-water boundary. On the other hand, poultry is ritually clean, but is a very common source of food poisoning (as a victim of salmonella poisoning, I have personal experience).

Mules were pretty common in Israel in those days, so it would have been unusual if mating them was prohibited. Regardless, mules would have been practical and economic work-’horses’ so that even if the only reason they were widespread in ancient Israel was that they were purchased from surrounding nations (or given in tribute during Solomon’s days), it tells us that mules and other hybrids made good practical and economic sense. Remember: the prohibition is against crossing them (assuming that this is what it is), not owning or using them. Hybrid vigour (also known as heterosis) is a well-observed phenomenon and widely practised in agriculture as well as animal husbandry. In ancient Mesopotamia, hybrid equids were even bred as warhorses due to their vigour, and these hybrids would sell for six times the price of a donkey.1 Similarly, hybrid vigour in horses today often result in increased endurance and strength.2

So it seems that the real issue here is ritual purity and separation. Practical and economical reasons seem to be incidental.

Finally, Leviticus 19:19 doesn’t explicitly discuss hybrids between horses and donkeys. It just states a prohibition against mating different kinds of domestic animals or cattle. Thus, it is debatable whether the passage is even speaking about crossing horses with donkeys, or whether it is a broader prohibition preventing any attempt to mate different kind of animals—a horse with an oxen, sheep, or camel. This would then parallel the prohibition not to yoke donkeys and oxen together (Deuteronomy 22:10).

There may be other reasons God gave these laws as well, and you can consult commentaries for various suggestions, after reading the Related Articles (below).

Finally, even if the original command did prohibit breeding horses and donkeys, I do not think this is obligatory on Christians today after the inauguration of the New Covenant.

Hebrew 9:8–10, for example, tells us about an overarching purpose of the Old Testament ceremonial laws:

By this the Holy Spirit indicates that the way into the holy places is not yet opened as long as the first section is still standing (which is symbolic for the present age). According to this arrangement, gifts and sacrifices are offered that cannot perfect the conscience of the worshiper, but deal only with food and drink and various washings, regulations for the body imposed until the time of reformation.

The Old Testament ritual purity laws were meant to symbolize the spiritual separation of the ancient Israelites from their Gentile neighbours until the arrival of the Messiah. In other words, either of the explanations given earlier would still have to conclude that it is not a sin today to breed donkeys and horses. 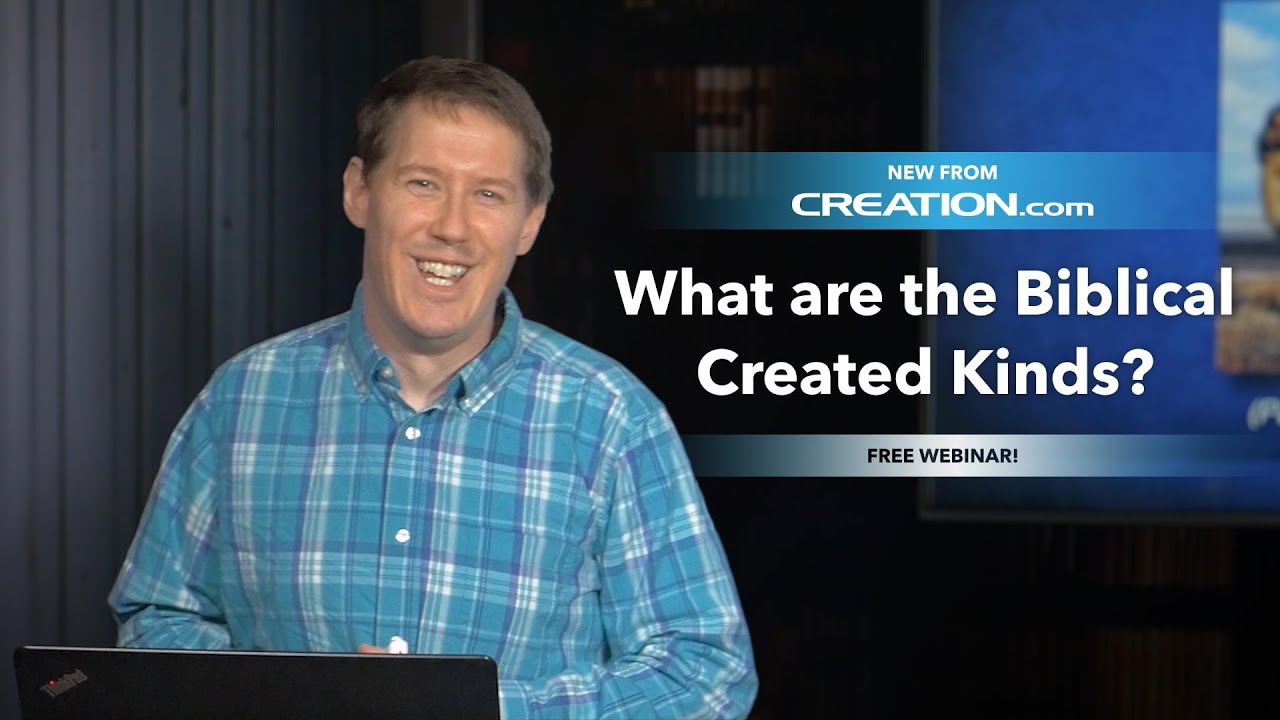 What Are the Biblical Created Kinds? Liligers: A Testimony to the Created Kind

The Wonder of Science
by Dominic Statham
US $10.00
Soft Cover 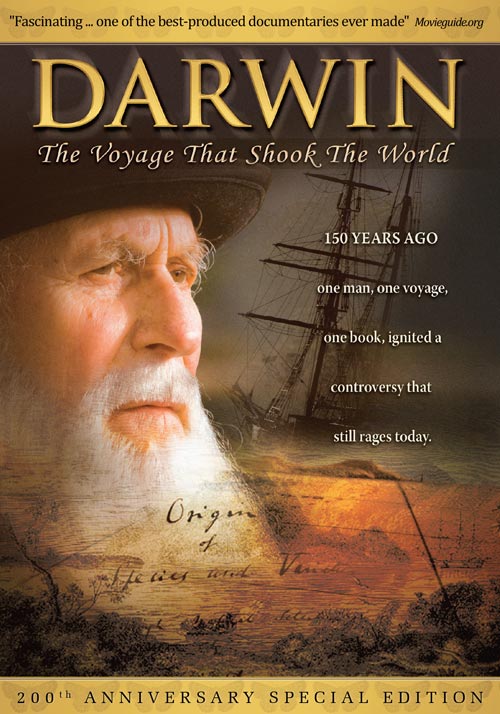 Darwin: The Voyage that Shook the World - 7-Day Streaming
US $5.99
Streaming Video