Faltering on the Flood

by Keaton Halley and Gary Bates

Does it matter whether Christians believe that Noah’s Flood encompassed the entire globe? Sadly, a recent video featuring well-known apologist and radio talk-show host, Greg Koukl, answered ‘no’. When asked, “What is your view on Noah’s Flood?”, Koukl responded, “… it could be a localized Flood. I don’t understand even what theologically rests on one or the other.”1

But, far from being theologically inconsequential, our understanding of the Flood (Genesis 6–9) reveals whether we are approaching Scripture with the proper hermeneutic. The secular world pressures Christians to deny the catastrophic judgment of a global Flood. Instead, they interpret the evidence of rock layers and fossils as having formed over millions of years. Yet, because the Bible clearly teaches that the Flood was global (as shown below), it serves as a touchstone to see whether we will remain faithful, “rightly handling the word of truth” (2 Tim. 2:15).

Our understanding of the Flood (Genesis 6–9) reveals whether we are approaching Scripture with the proper hermeneutic.

According to Koukl, “There is nothing in the language of those passages that requires something like a global or universal Flood,” and he has offered arguments in defense of a local Flood on his radio program.2 For example, Koukl noted that in Genesis 8:9 Noah’s dove returned because “the waters were still on the face of the whole earth” (emphasis added), but earlier in verse 5 the text says that the waters had already receded enough so that “the tops of the mountains were seen”. So, Koukl reasoned, if “the whole earth” was still under water after some dry land had already been exposed, then “the whole earth” cannot refer to the globe.

However, this argument is flawed. If the planet was surrounded by water with some peaks poking up here and there, one would still be accurate in saying that the globe as a whole was covered. It wouldn’t mean every square inch of land, but rather that the land, broadly speaking, was submerged.3 The words are perfectly consistent with a global Flood, which the wider context demands.

Clarity of the text

Is the scope of the Flood a central issue?

When Christians dance around the clear meaning of the text, non-Christians are unimpressed.

Since the Bible’s teaching is so clear, the importance of this subject comes down to whether the Bible really means what it says. Unfortunately, Koukl’s video hardly engages with the biblical text—something an apologist is actually supposed to do. But this is a common problem with those who compromise on Genesis—they are failing to treat the text as the final authority on such matters.

The local flood view only became widespread in the church once the concept of millions of years was popularized around 200 years ago—an indication that these ideas are being imposed on Scripture even though they don’t fit.5 This violates Sola scriptura—the Reformation principle that CMI has advanced for many years in published literature like Refuting Compromise (RC). One member of our staff personally gave Mr. Koukl a copy of RC years ago, but he seems to have ignored the strong Scriptural arguments it highlighted.

When Christians dance around the clear meaning of the text, non-Christians are unimpressed. As Thomas Huxley once wrote concerning the local Flood idea, “a child may see the folly of it.”6 We take no joy in pointing out such ‘folly’. But we do rejoice when fellow Christians take God at his Word, and defend a global Flood along with the rest of Genesis because that message has power. CMI has even published testimonies about wavering believers whose faith was rescued upon seeing that both Scripture and scientific evidence support a global Flood.7

CMI needs your help to spread the truth. If you’ve never donated to CMI please consider partnering with us in helping to spread this life-changing message even further. 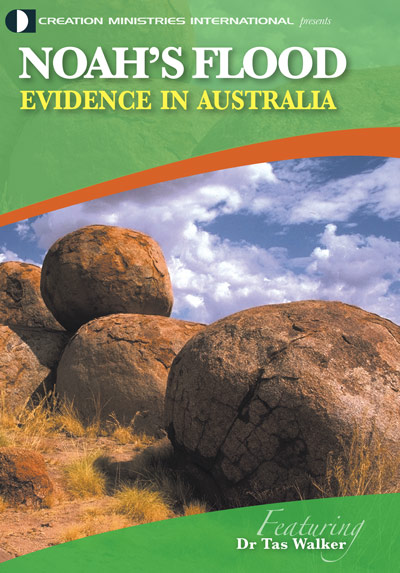