Of course, cancer and its ill effects are just one aspect of the much bigger issues of ‘the problem of evil’ and the prevalence of death, presenting Christians with some of their biggest challenges to faith.

Philip Bell is a scientist and educator who lives and works in the United Kingdom. He studied biology and geology at the University of Wales (Swansea), graduating in zoology in 1989. For nine years he worked at a hospital-based cancer research unit and was also a member of the Postgraduate School of Medicine, Bath University, (co-)authoring a number of papers in secular medical journals; some are still cited 20 years on. Later, Philip obtained a postgraduate qualification in science education (PGCE) from Exeter University and became a school teacher.

Since 2001, he has worked full time in creation ministry, writing and speaking in venues across Europe, and became CEO of Creation Ministries International (UK/Europe) in 2007. He is a contributor to Creation magazine, the Journal of Creation, and CMI’s website creation.com, and recently wrote a groundbreaking book showing the huge problems of trying to mix evolution with biblical Christianity (see box).

Philip is married to Llinos, and they homeschooled their five children, four of whom are now adults.

Evolution and the Christian faith

Philip has been a leader in the defence of the Christian faith in Europe, defending the Bible from the very first chapter. But how did his Christian walk begin?

Philip explains that he grew up in a Christian home—his father is a retired minister. So he can’t remember a time when he didn’t believe Christianity. But this doesn’t always translate into practice, and he admits to faith struggles during his teens. He is hardly the first ‘PK’ (pastor’s kid) to experience this. However,

It was in my first university year that my faith really came alive. I gained a real assurance that, in dying on the cross, Christ had paid for my sins in full and that my salvation was solely due to the grace of God. From then on, I knew that any good I might accomplish, far from making me right with God, was simply my reasonable and grateful response to my merciful Saviour.

But in this day and age, it’s impossible to avoid evolutionary teaching, even as a child. Philip says that at first he wasn’t convinced:

Around the age of ten I remember learning about evolution at school but I didn’t believe it at all, nor through my secondary school years. In fact, I endured the mocking of my peers in the dormitory of my boarding school and defended a literal Adam and Eve when I was around fifteen.

However, there was a limitation: “I had no apologetic arguments to back it up.” So what happened when he encountered actual evolutionary arguments? For Philip, it was during advanced level biology, for which he was top student of his year. A very respected teacher, who passed on to Philip her love for the subject, also taught the evolutionary parts of the syllabus:

I particularly remember being impacted by the evidence of comparative anatomy and the pentadactyl limb: the similarity of the bones of the five digits and limb in different animals. I readily swallowed the homology idea, that the human arm, dog leg, bat wing, and dolphin flipper had all sprung from a common ancestral animal. I was a theistic evolutionist of sorts by the age of eighteen.

Rejection of evolution at university

Philip entered university “a true believer in evolution”, albeit with God as the ‘overseer’ of the process. He was bemused when his eminent geology professor asked, in the first lecture “Is anyone here a creationist?” But it was the advanced science he was learning that blew holes in his belief system,

“particularly my lectures on the supposed origin of life (chemical evolution), the evolution of flight in insects, and the evolution of cetaceans (whales, porpoises, and dolphins). The lecturers confidently affirmed these things as matters of factual history, but the sheer paucity of actual evidence shocked me. Cracks in my worldview rapidly began opening up and spreading.”

At the same time, Philip studied the early chapters of Genesis:

It really hit me: this was intended as factual history. I didn’t know of the existence of a single creationist book, video or organisation—and there was no World Wide Web at that time to consult for easy answers. But of one thing I was sure, the account in Genesis and the account of evolution could not both be right. I had reached a genuine crunch point as far as my faith was concerned, a sort of spiritual crisis. But to cut a long story short, God graciously enabled me to step out in faith that His Word was true history in Genesis. And far from this crippling my interest in the natural sciences, my fascination for God’s world increased all the more.

Many people claim that creationists1 can’t do real science. Philip finds that amusing, because he worked for nine years making discoveries in the fight against cancer, publishing many papers in secular medical journals.1 And he began that career as an avid creationist.

However, this raises the question: Why would a loving God create cancer? Philip knows very well how horrible it is:

The terrible debilitation and pain endured by patients with various tumours, leukaemias, and lymphomas is legendary. All the work that my colleagues and I did was in the service of improving the lot of cancer sufferers. My published papers were all geared to improving the effectiveness of their treatment, or of lowering the toxicity and morbidity associated with the drugs.

But his answer is that God didn’t create cancer!

Instead, the Bible is emphatic that everything He made was physically and morally perfect. That is what Genesis 1:31 is telling us loud and clear. But after Adam’s sin in Genesis 3, God pronounced judgement on man and the whole creation (Romans 8:19–23). Of course, cancer and its ill effects are just one aspect of the much bigger issues of ‘the problem of evil’ and the prevalence of death, presenting Christians with some of their biggest challenges to faith.

Also, the life of Christ provides a precedent: His healing work alleviated aspects of the Curse. So the work of Philip and others in treating cancer and reducing patient suffering is likewise honourable.

Philip saw first-hand a huge problem for all evolutionary and long-age views. That is, they place death and suffering before sin, and so undermine the clear teaching of Scripture that death is the wages of sin (Romans 6:23)—which is why Jesus, “the last Adam” came to die for sins, then rise from the dead (1 Corinthians 15).

Evolution and the Christian Faith

Theistic evolution in the light of Scripture.
This book assesses theistic evolution against the backdrop of the whole gamut of Christian doctrines: the attributes of God, the deity of Jesus Christ, the problem of evil, the nature of mankind, original sin, death, the Gospel, the restored new creation, missions and evangelism.

If, as theistic evolutionists insist, this world evolved, God is wholly responsible for the genetic defects that lead to the dreadful misery associated with cancer—in which case, the best we can say in His favour is that He is indifferent to suffering, or worse still, a cruel ogre. Why? Because he would effectively have created cancer, even if over millions of years.

That’s why I devoted two whole chapters of my recent book Evolution and the Christian Faith to providing comprehensive answers to these questions. Without doubt, cancer only became part-and-parcel of this world’s experience after the rebellion of Adam and Eve.

This is not the only problem with trying to mix evolution and the Bible, as Philip explains:

God’s authorized biography of origins (Genesis 1–11) is denied; God’s character and attributes are impugned; the words of Christ (where He affirmed Genesis as history) have to be set aside; it magnifies the ‘problem of evil’ rather than solving it; man’s status as God’s image-bearer is confused; the doctrine of original sin is abandoned; the Bible’s history of death is replaced by something antibiblical; the Gospel’s very foundations are undermined; confidence in the future Restoration of this fallen and cursed world is weakened; the mission of the Church is diminished; and society as a whole is impoverished.

If you don’t believe Philip, read his book that documents this meticulously!

Philip’s life experience taught him the crucial importance of the whole creation/evolution question. But still there was much to learn about the issue; concerning both the scientific evidence, and why it mattered. At the time, creation evidences and arguments weren’t widely known, and Philip wanted to change this:

I joined CMI because I was frustrated with the dominance of evolutionary propaganda at every level of society. I wanted to play my part in shining the spotlight of biblical creation truth through effective Bible/science apologetics, so strengthening the church’s stance on these key issues.

Advice for parents and students

Philip’s experiences should be both instructive and encouraging for future students. He encourages Christian students to consider a career in science if they are good at it. He knows that there will be “challenges for those who dissent from belief in ‘cells-to-scientists’ evolution”. He advises:

It is not necessary to go into every lecture and course ‘all guns blazing’! The Bible says we are to “be wise as serpents and innocent as doves” (Matthew 10:16). True, Christians are to “shine before others” in faithful witness to Christ (Matthew 5:16) but there’s a time and a place for evangelism.

You glorify God by showing a thorough grasp of your subject and achieving high grades—whether at secondary (high) school or university. You will not achieve high marks by broadcasting your creationist convictions—not just because of prejudice, but because marks are awarded for things which are on-topic and answer the question! You can assure the examiner of your competence about the subject in hand, without compromising your creationist convictions.2 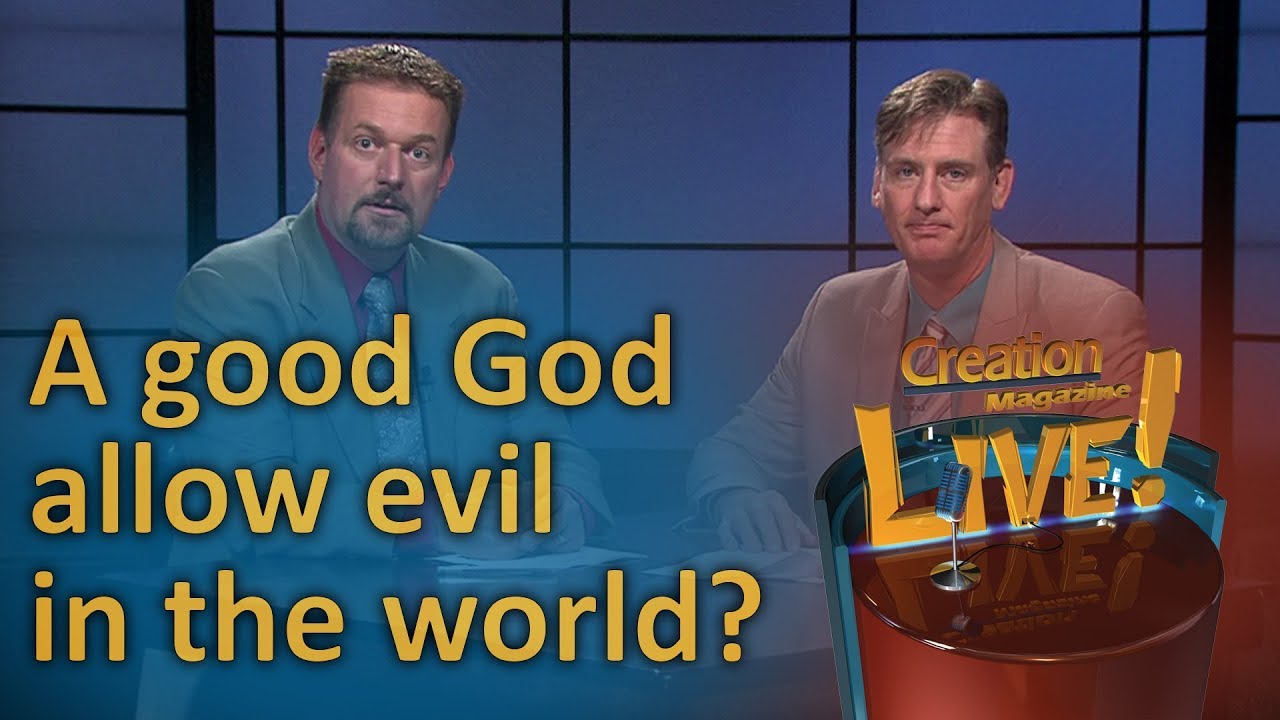