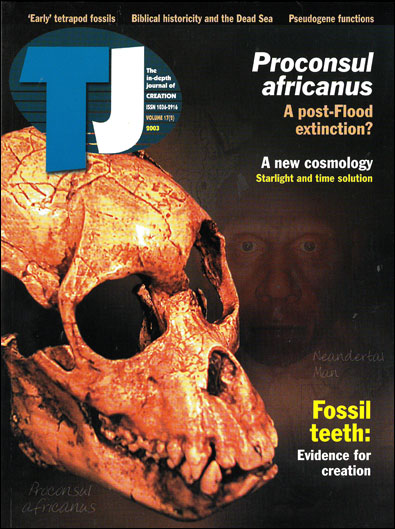 In addition, arguments for shared evolutionary ancestry assume that pseudogenes lack function, and so would not have been specially created with a series of shared similarities from organism to organism. This too is increasingly open to question. Pseudogenes of protein-coding genes are usually compared with their certainly-functional gene paralogs (gene copies within the same organism), and inferences are made about lack of function based on deviations in sequence that are perceived to prevent the eventual synthesis of a functional peptide. However, as elaborated elsewhere,3 the distinction between functional and nonfunctional gene copies is becoming harder and harder to draw. Pseudogenes can, at minimum, be expressed despite having such apparent lesions. Moreover, thanks to genomic recoding processes, at least some seeming disablements can be circumvented, leading to the eventual synthesis of a fully-functional peptide. In fact, more recent evidence shows that genomic recoding (in this case, the translational readthrough of premature stop codons) can, at least in yeast genes, no longer be reckoned a rare phenomenon:

‘Our results demonstrate that the presence of a stop codon in a large ORF [open reading frame] may not always correspond to a sequencing error, or a pseudogene, but can be a recoding signal in a functional gene. This emphasizes that genome annotation should take into account the fact that recoding signals could be more frequently used than previously expected.’4

In view of the fact that premature stop codons have traditionally been treated as one of the most obvious supposed ‘gene killers’, this takes on further significance.

Pseudogene function is not easily characterized

Pseudogene nonfunctionality tacitly assumes that any functional peptide synthesized should be the same or very similar to that encoded by the paralogous protein-coding gene. The actual or perceived inability of the pseudogene to direct synthesis of such a peptide is conventionally taken as proof of its ‘junk’ status. However, this long-held premise can no longer be sustained. It is now known that a snail’s pseudogene can direct the synthesis of a useful shortened peptide. This truncated peptide can form a complex with the full-length peptide produced by the paralogous gene, thus functioning as a regulator of the abundance of this full-length protein.5

Nor is it correct to suppose that the pseudogene ‘copy’ of a protein-coding gene must necessarily be translated into any peptide in order to be functional. The snail’s antiNOS (pseudo)gene functions as a regulator of the paralogous protein-coding nNOS gene by producing antisense RNA that forms a duplex with some of the gene’s mRNA, thus regulating the latter’s abundance.6

The serendipitous discovery of the functional Makorin1-p1 pseudogene

A pseudogene can have one or more ‘disabling lesions’. Examination of the murine Makorin1-p1 pseudogene sequence indicates that it is riddled with insertions, deletions, and numerous nucleotide substitutions relative to the Makorin1 gene.9 The pseudogene also has an in-frame premature stop codon, and its entire 3’ end is missing. If any pseudogene would, according to conventional thinking, be safely assumed to lack function, this particular one would certainly qualify.

Many discoveries in science occur by accident, and the discovery of function in the Makorin1-p1 pseudogene certainly qualifies as one of them. The investigators, Hirotsune et al.,7 were experimenting with the transfer of Drosophila genes into the mouse genome. They noticed that the expression of the mouse’s Makorin1 gene was altered, and eventually realized (and demonstrated by experiment) the fact that they had inadvertently disrupted the regulatory effects of the Makorin1-p1 pseudogene upon the expression of the Makorin1 gene.

The regulatory effect is probably caused by the enhancement of the stability of the mRNA transcribed by the Makorin1 gene.

‘Makorin1-p1 must function as an RNA, as it cannot code for a protein. Protection from mRNA decay of Makorin1 by Makorin1-p1 was easily reproduced by expression constructs in several cell lines and in transgenic mice, suggesting that this type of regulation may be a general phenomenon.’10

Clearly, the pseudogene acts as a ‘switch’ that governs gene expression. There are two possible mechanisms proposed to account for this regulatory effect. Both of these mechanisms involve the pseudogene acting as a ‘sponge’ that absorbs a repressor substance that would otherwise flood the gene and prevent its expression (Figure 1). Unlike the case in the earlier-discussed antiNOS (pseudo)gene,6 the respective RNA species of gene and pseudogene do not interact directly, and no antisense RNA is produced by the Makorin1-p1 pseudogene.9

According to the first proposed mechanism, the repressor substance, probably an RNA-binding destabilizing protein, acts not directly on the Makorin1 gene but upon the mRNA that is transcribed by the gene. The repressor substance acts by attaching itself to a receptor (actually, a recognition site) on the mRNA molecule, provoking the rapid degradation of the affected mRNA. Bereft of its mRNA transcript, the gene is effectively shut off, as it cannot direct the synthesis of a peptide. However, the Makorin1-p1 pseudogene is also producing mRNA containing the recognition site, and this competes with the gene for the repressor substance (Figure 1). Relieved of the excessive burden of repressor substance attaching to it, the Makorin1 gene’s mRNA transcript is now stable long enough to be translated into a functional peptide of varying abundance.

Lee proposes a slightly different mechanism of pseudogene-gene interaction.11 As with the first proposed mechanism, recognition is made of the fact that the pseudogene enables the gene to express itself by ‘mopping up’ excess transcription-binding substance. However, instead of binding to receptors on the mRNA of gene and pseudogene in a competitive manner (Figure 1), the transcription-binding substance attaches itself to receptors on the DNA sequence of gene and pseudogene. This can readily be visualized by examining Figure 1 and substituting ‘Gene’s 5Â´ DNA sequence’ for ‘Gene’s 5´ mRNA’, and substituting ‘Pseudogene’s 5´ DNA sequence’ for ‘Pseudogene’s 5´ mRNA’.

Broad applicability of this discovery

‘Our findings demonstrate a specific regulatory role of an expressed pseudogene, and point to the functional significance of non-coding RNAs.’12

It is perhaps ironic that even if the functional Makorin1-p1 pseudogene is taken to be a unique occurrence, it nevertheless retains a broad significance that cannot be minimized:

‘“Pseudogenes” are produced from functional genes during evolution, and are thought to be simply molecular fossils. The unexpected discovery of a biological function for one pseudogene challenges that popular belief.’14

The functional Makorin1-p1 pseudogene provides another example of a pseudogene that functions by regulating the expression of its gene paralog. The ‘lesions’ that ostensibly prevent the synthesis of a peptide are completely irrelevant to the fact of its function.

Of course, the foregoing discussion hardly exhausts the scope of potential pseudogene function. Pseudogenes, along with a variety of other so-called junk DNA, may have a whole set of functions related to intracellular immunobiology.15 Note that this presents a large avenue of further research that is completely independent from that of pseudogenes as regulators of gene expression.

The variety of known or suspected pseudogene functions discovered to date suggests that pseudogenes as a whole have a wide range of previously unsuspected functions. It is hoped that the evolutionistic ‘pseudogenes are dead gene copies’ mindset that has dominated molecular biology for so long will be decisively abandoned. Now more than ever, the examination of pseudogenes for function should be henceforth conducted in a systematic and large-scale manner.

Genetic Entropy
by Dr John Sanford
US $25.00
Soft Cover
The Mystery of Our Declining Genes
US $10.00
DVD