Terry S. submitted a comment on the article Breeding unicorns, claiming that God is opposed to “race mixing” and the hybridization of animals. We chose to publish here in order to give a thorough response.

There is one thing that you failed’t mention in your article about unicorns. First of all, when a breeder mates a donkey with a horse he has to blind fold the horse. The reason?? Very simple. It is unnatural for a horse to mate with a donkey. If the horse see’s that it is a donkey that it is suppose to mate with, the horse will kick the donkey to death. Hence, the horse has to be blind folded. Also, Mules are the off spring of a donkey and a horse; that is true, but mules cannot reproduce. They are born without sex organs. The Bible condemns hybridity; and in fact, condemns interracial marriage. The reason is because it causes confusion and a lot of diseases. Hispanics have many blood diseases. The Jews, who are the most hybrid people in the world today, have at least 112 different genetic diseases. Doberman Pincers are hybrids. They are a cross between two different species of dogs. When a Doberman Pincer has a litter of say 6 pup’s, two will be German Shepherd. After the third and fourth generation there is no Doberman Pincer pup’s. The breeder has to separate the first of the litter in order to produce more Doberman Pincer’s. God condemns hybridity of any kind. Whether it is animal or people. God does not want his people Israel (the white Caucasian, Anglo-Saxon, Germanic, Scandinavian, and kindred people) to be racial mixed. He wants his people to be separated from other races. According to the Old Testament, race mixing is punishable by death. Phineas the priest is a classic example in Numbers when he killed an Israelite man with a Midianite women. They were race mixing; he killed them, and God stopped the plague.

Hybridization can happen in the wild.

I hope that you are truly open to hearing what the Bible has to say on this subject, because I think a closer look will show that you have misunderstood and misapplied the biblical teaching. If I’m off target, I mean no offense, but some of your statements make it sound like you could be part of the ‘Christian Identity’ white supremacist movement. If that’s the case, I encourage you to read our refutation of that heresy. But I’ll also respond to your specific claims.

It is true that horses and donkeys can be reluctant to mate with each other, and that mules often have biological defects. But these problems can be understood as a result of degeneration in a fallen world. CMI’s Speciation Q&A page contains many articles which explain how an original interbreeding population can split into smaller groups that have difficulty reproducing. So even though horses and donkeys had a common ancestor, now that they’ve been differentiated into separate breeds with significant genetic disparities between them, hybridizing them may not be able to put Humpty Dumpty back together again, so to speak. All this makes perfect sense from a creationist perspective.

However, you have actually overstated the problems with hybridization. For example, coercion or pressure from humans is not always required. Hybridization can happen in the wild as the pizzly bear shows, and in captivity without further human prompting as in the case of the wolphin. Also, the hybrids themselves are not always sterile. Mules do not lack reproductive organs as you claim; the reason they typically can’t reproduce is because their chromosome number and arrangement causes problems with embryogenesis. But occasionally mules can bear offspring, and so can other hybrids like the wolphin mentioned above. Furthermore, hybrids are not necessarily genetically ‘inferior’ to their parents. The phenomenon of hybrid vigor (heterosis) suggests that sometimes hybridization does restore some of the original robustness that has been lost through the partitioning of the original gene pool. By contrast, keeping a lineage ‘pure’, as in purebred dogs, may create greater genetic damage, since ‘purebred’ really means ‘inbred’. Indeed, many purebred dogs suffer from all sorts of genetic defects that are absent in the genetically more robust mongrels. See ‘Parade of mutants’—Pedigree dogs and artificial selection.

But let’s also examine your claims about Scripture. You say that "[t]he Bible condemns hybridity". Presumably you are thinking of Leviticus 19:19: "You shall keep my statutes. You shall not let your cattle breed with any different kind. You shall not sow your field with two kinds of seed, nor shall you wear a garment of cloth made of two kinds of material." However, these ritual purity laws were meant to symbolize the spiritual separation of the ancient Israelites from their Gentile neighbors until the time of Christ, who then broke down the barrier between Jew and Gentile (Ephesians 2:14–15). Also, note that the Hebrew word here for "kinds" (kil’ayîm) is not the same as that used in Genesis 1 for a created "kind" (mîn). Instructing the Israelites to refrain from breeding these varieties implies that it was possible to breed them. Hence, Leviticus 19:19 likely is prohibiting the crossing of horses with donkeys, but given that this law was intended to represent the spiritual separation of Jews from Gentiles, and that in Christ "there is neither Jew nor Greek" (Galatians 3:28), such a prohibition is not binding on Christians today any more than we are prohibited from wearing shirts made of a cotton/polyester blend.

The problem was clearly that the Moabite and Midianite women were causing the Israelites to worship and sacrifice to idols, not the issue of race.

More importantly, there is never any prohibition in the Bible about mixing human ‘races’. See The Bible and interracial marriage. In the case of Phinehas in Numbers 25, the problem was clearly that the Moabite and Midianite women were causing the Israelites to worship and sacrifice to idols, not the issue of race. The same is true throughout the Old Testament, including Ezra 9, which emphasizes the great spiritual wickedness of Israel’s neighbors as the reason they were not to intermarry. By the way, the Moabites were actually close relatives of Israel, both nations having descended from Terah, Abraham’s father (cf. Genesis 11:27; 19:37), and the Midianites were even closer relatives, tracing their ancestry to Abraham (Genesis 25:1–2). So these were different nations, but to call them different races imposes an idea not in the text. Plus, there was clearly no problem with a Jewish man marrying a foreign woman as long as she adopted Israel’s spiritual practices and abandoned those of her people. The Bible celebrates the marriages of Rahab (a Canaanite) and Ruth (a Moabite) to Israelite men, and both were ancestors of Jesus (Matthew 1:5). Moses even married a Cushite (presumably a dark-skinned African) with God’s approval (Numbers 12:1 ff.).

In the big picture, the Bible clearly teaches that all human beings go back to Adam and Eve just a few thousand years ago (Acts 17:26), so we are all part of the same family. Modern genetics vindicates this truth in a variety of ways, some of which are spelled out in The Creation Answers Book chapter 18: How did all the different ‘races’ arise (from Noah’s family)? Also, the Y-chromosomes of Jewish men from around the world show that they are very closely related to one another and also to the descendants of Ishmael, just like the Bible says. See Genesis correctly predicts Y-chromosome pattern. It’s actually quite remarkable how the Jews have retained their separate identity as a people despite being dispersed around the world, in contrast to your dubious claim that they are "the most hybrid people in the world today".

But I also have to wonder how you determine the criteria by which to draw boundary lines around different races. Humans constitute a single species because our subpopulations are interfertile. Your parallel with horses and donkeys fails because people of two different ‘races’ ordinarily can produce fertile offspring, and nobody has to blindfold them to get them to marry. Modern DNA studies reveal that the overall genetic variation between any two individuals swamps any racial variations between them (again, see How did all the different ‘races’ arise (from Noah’s family)?). This explains why two people with very different skin shades can be the closest match for organ donation, as we point out in Blood brothers. Plus, the boundaries between traditional racial groups are blurred, since people have intermingled throughout history. I suspect that hard boundaries will have difficulty categorizing the many cases of two-tone twins, for example.

So, while the Bible doesn’t use terms like ‘races’ or ‘species’, it does clearly indicate that all humans are part of the same family, descended from Adam and made in the image of God. We would do well to remember that “the LORD sees not as man sees: man looks on the outward appearance, but the LORD looks on the heart” (1 Samuel 16:7). Terry, I strongly encourage you to read the articles I’ve linked to above, and I also highly recommend the book One Human Family: The Bible, Science, Race, and Culture for an in-depth, careful treatment of these issues.

I hope this response has challenged you to divest yourself of these mistaken ideas about the Bible prohibiting hybridization and interracial marriage, because bad theology leads to bad consequences. Racism is an ugly, sinful phenomenon, but God’s Word is the best antidote! May we all be more faithful to Scripture.

Editor’s note: We did receive several more emails in response that confirmed Terry’s association with the racist Christian Identity cult. Terry made a few additional claims, most of which have already been answered in the links provided above. But we did also refer Terry to One Blood chapter 7: Pseudo-biblical arguments refuted, which further exposes the fallacious nature of these arguments. 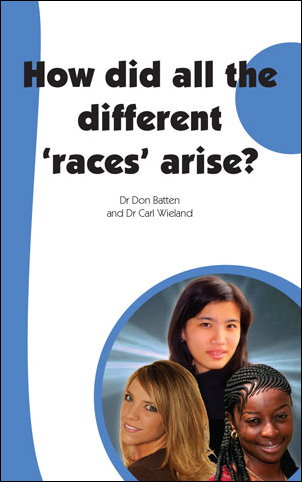 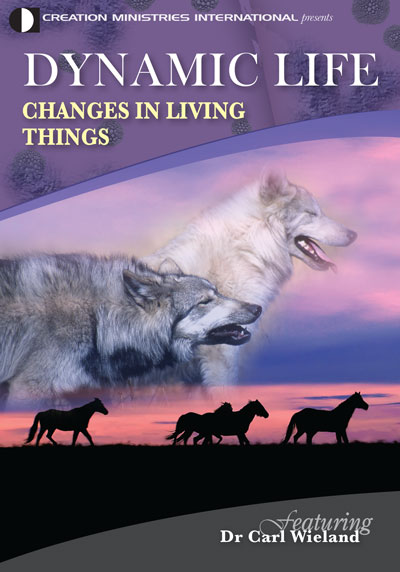 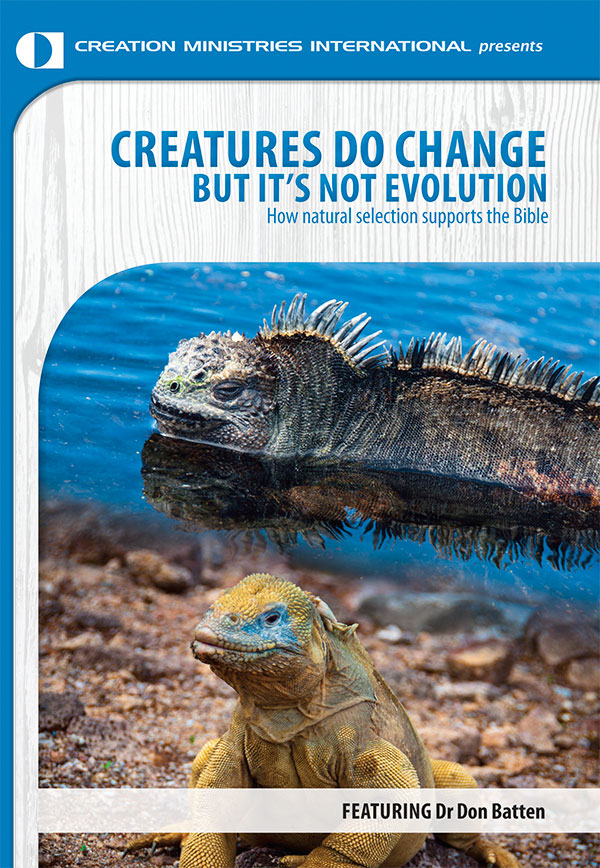