Is radioactive dating affected by the age of the magma?

Once again, our feedback is about radioactive dating, which seems a major roadblock against Christians believing the world is the biblical age of 6,000 years. The basics are simple, but the process is complicated, and supporter Larry R wrote and asked about the issue.

I have a question about radiometric dating. I understand how the process works, and the various assumptions that go into it. My question is, would the age of the magma have any bearing on the age of the rock created from it?

Like, when Mt. St. Helen’s erupted in 1986, obviously we know when the rock was formed. If we were to send in various specimens for various testing, obviously the testing would indicate ages that are much larger than the actual age. My question is, do the isotopes (if any) in the lava/magma play a roll, and if so, how (or how not, if it doesn’t have any effect)?

All dating methods work on identifying an ‘event’ of which we can calculate the age.

Thank you for your time.

Thank you for your email and your question.

You said, “I understand how the process works, and the various assumptions that go into it.” I would not put it that way. I would say, “I understand how they say the process is supposed to have worked!” It is a simple matter to understand why radioactive dating is fatally flawed. But in practice it can be complicated. I’ve come to realise that the theory behind radio-isotope dating is a narrative. It’s a story. It’s the same as the various narratives on the media that are used to frame the news. The ‘theory’ is the story behind how the isotopes got into the sample being tested. Clearly it is a story because the process was not observed. Indeed, it can’t be observed. By accepting the complicated narrative, a person is already well on the way to accepting the validity of radioactive dating. That is how narratives can work.

This article The way it really is: little known facts about radioactive dating illustrates with a hypothetical example how radioactive ‘dating’ works in practice. It shows how it does not matter what the calculated result turns out to be because there is a way of fitting it into the narrative. This article Radioactive dating anomalies uses several real-life examples to show in practice how they can make results that are wildly different look like they agree.

You mention the dating of Mount St Helens rocks. The article Countering the Critics deals with the many criticisms against that work. Such criticism as: young samples should not have been sent to the lab; the magma must have picked up chunks of old rock; the magma contained old feldspar crystals; and only the volcanic glass from his sample should have been ‘dated’. They are all answered.

All dating methods work on identifying an ‘event’ of which we can calculate the age. And they all require us ‘knowing’ the isotopic composition of the sample at the time of that ‘event’. The concept of an event is illustrated by one of my aunt’s sayings. When asked her age she would refer to two events by saying, “I’m as old as my tongue and a little bit older than my teeth” .

All these unknowns are why a geologist will never just publish the number that comes from a radioactive method.

In the case of the Mount St Helens rock from the new lava dome, the dating method used was the potassium-argon (K-Ar) method. With this method, radioactive potassium isotopes decay into the inert gas argon. The idea is that argon, being a gas, will escape from the magma while it is liquid. But, according to the story, when the magma solidifies into rock it will become rock solid (a closed system) and no argon will escape. Thus, by measuring the amount of argon in the sample we can supposedly calculate how long it has been since the rock solidified. In other words, the event is the time the rock solidified. The result has nothing to do with the ‘age’ of the magma. That is because it is assumed the initial isotopic composition of the daughter isotope argon is zero it. In that case, it does not matter what the initial composition of the magma was, whether it contained a lot or a little of potassium isotopes. The quantity of daughter argon isotopes would simply vary in proportion to the original amount of parent potassium isotopes, and the calculated result would be independent of the original potassium quantity.

But there are many problems with the narrative behind that story. Were there already minerals in the magma that had already crystallized that were incorporated into the new rock? Do different isotopes incorporate into different minerals at a different rate? Were there small pieces of a foreign rock that were incorporated into the final rock? Was there in fact zero argon in the rock when it formed or was there argon in the rock at the beginning? These are just a few of the ways the story may not match reality. Then there are the changes that can occur after the rock has solidified, with some isotopes being lost and others being introduced.

All these unknowns are why a geologist will never just publish the number that comes from a radioactive method. First, he will look at the calculated ‘date’ and compare it with the ages of the other rocks in the neighbourhood. Then he will develop a story about where his number fits into the geological narrative of the region. That is the creative part of the dating process.

There are different ‘events’ that are used with the K-Ar method. One we have mentioned is the time the rock crystallized. Another is when the rock cooled below a certain temperature and became a closed system. Another is when the rock was metamorphosed, and isotopes were mixed and lost. For other dating methods, such as the uranium-lead (U-Pb), rubidium-strontium (Rb-Sr), and samarium-neodymium (Sm-Nd) methods, other events have been proposed for use for interpreting the results. So, there is a lot of flexibility in the way the results can be incorporated into the geological history of the area.

All the best. I hope that is helpful. 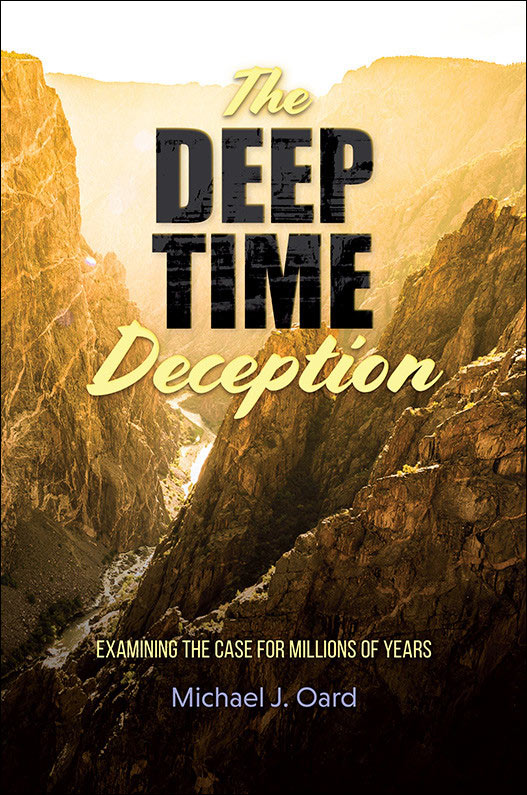