The dangers of green utopianism

A number of environmentalists have called for the rewilding1 of the countryside, which includes a substantial percentage of productive farmland. Their desire is to reintroduce larger predatory mammals to the land, to let forests grow uncontrolled, and restrict farming. Along with this are calls for human beings to use alternative foods made of bacteria, insects or fungi. In this regard, there is a rejection of the biblical dominion mandate, and instead they hold to one based upon a different foundational commitment, namely a form of naturalism.

This elitist ‘green utopianism’ would change our understanding of the role that people play in the world; it would diminish human rights, and the quality of life for the majority.2 Environmentalist, author and political activist George Monbiot writes as follows:

This elitist ‘green utopianism’ would change our understanding of the role people are to play in the world; it would diminish human rights, and the quality of life for the majority.

“Rewilding, in my view, should involve reintroducing missing animals and plants, taking down the fences, blocking the drainage ditches, culling a few particularly invasive exotic species but otherwise standing back. It’s about abandoning the Biblical doctrine of dominion which has governed our relationship with the natural world.”3

In his new book Regenesis,4 Monbiot also writes that people should start eating food based upon bacteria, while other lobbying groups, such as the World Economic Forum (based in Switzerland) have advocated using fungi or insects for food production.5 While many people may think this a ridiculous proposition, certain environmentalists are very serious about such ideas, and well-connected too. How should Bible-believing Christians respond?

What does the Bible teach about Dominion?

The Bible’s teaching on dominion is found in Genesis 1:26-28, and Christians generally interpret this to mean stewardship of the natural world, as opposed to excessive exploitation and control.

The Genesis account of creation informs us that the world was declared good, even before Adam and Eve set foot upon the ground.

The Hebrew words radah and kabash, taken on their own, imply rulership over nature and forced subjection. Partly for this reason some green philosophers have argued that the dominion mandate in Genesis is in fact guilty of encouraging excessive exploitation, and that it is not stewardship. British philosopher and theologian Clare Palmer believes that it allows exploitation with divine justification, and that it remains a man-centred approach.6 American historian Lynn White (1907–1987) was also critical of historical examples of exploitation, and argued that Christians needed to refocus their spiritual lives and minds along the lines of St Francis of Assisi’s approach, a believer who enjoyed and valued creation.

This focus, held in balanced manner, encourages Christians to recognise that care for creation is part of the believers’ service towards God, and it leads to worship where we see the wonder and beauty of creation.7

Australian philosopher John Passmore (1914–2004) agreed that the text of the Genesis account need not be seen as exploitative. The Genesis account of creation informs us that the world was declared good, even before Adam and Eve set foot upon the ground. We should therefore view it as existing primarily for the glorification of God. Not that the Christian sees nature as itself sacred. Wise dominion and stewardship permit such things as sustainable fishing and tree-felling, but not for excessive use by the human community. By no means is greedy plunder sanctioned by Scripture—see Fouling the nest. Passmore suggested that pressure for exploitation actually comes from Greek thinking, not from the biblical text.8

As well as the dominion mandate (Genesis 1:26, 28) there is also one of fruitfulness (as Passmore also points out). In the context of the passage, it is God’s fruitfulness mandate that calls for the filling of the earth with people, and within that, allows the ground to provide food for all of humanity. The Bible also speaks of the fruitfulness and health of the land that results from obedience to God (Hosea 2:20–22).9 Such a view confounds naturalism because God is actively involved in the blessing of the land for people’s obedience towards Him. In the New Testament, Jesus also discussed fruitfulness in terms of human acts of righteousness in caring for one another (John 15:1–17).

In this context, the idea of dominion or rulership must be balanced with the proper exercise of authority; that is to exercise dominion responsibly and not to exploit nature for selfish gain. This really encapsulates the concept of stewardship; to exercise delegated authority in a responsible manner, overcoming the temptation to abuse power in the relationship between mankind and the environment.

The sabbath rest for the land

The wider text of the Torah (the first five books of the Bible) also gives us the Law of Moses, which states that use of the land is not without limits. God decreed that the land should be allowed to rest every seventh year, halting the ordinary cycle of sowing and reaping. The purpose being to prevent diseases, and allow the land to recover. In this way the soil became enriched once more in essential nutrients that had been lost to six years of crops:

“For six years you shall sow your land and gather in its yield, but the seventh year you shall let it rest and lie fallow, that the poor of your people may eat; and what they leave the beasts of the field may eat. You shall do likewise with your vineyard, and with your olive orchard” (Exodus 23:10–11; see also Leviticus 25:1–7; 26:33–35).

This does place upon humanity the obligation to farm in ways which work with the created order, and not against it. Modern farming is often driven by big business and uses chemicals and pesticides which are harmful to wildlife. However, there are productive ways of farming that utilise organic processes, and allow the land to lie fallow through crop rotation. And such methods can lead to higher crop yields if carefully managed.10

However, there are many environmentalists today who view the world through the lens of naturalism, and so have little regard for the Judeo-Christian view of creation, human stewardship, and traditional farming methods. Instead, they wish to turn the land back to wilderness, and they even advocate reintroducing into the countryside large predators such as lions, wolves and bears. While large countries with significant mountain ranges, such as the USA, can accommodate wolves, bears, and mountain lions, this highly controversial idea is much more problematic for small nations such as Britain.

More surprisingly, even organic farming of animals is rejected by Monbiot. If enacted, more people would become disconnected from nature as cities grow, and food production would be further divorced from the land. This is regressive, and would seriously restrict human quality of life. In fact, some environmentalists do appear to be misanthropic, and they call for the human population to be reduced.11 As self-described ecomodernist Michael Shellenberger recently wrote (himself a former environmental alarmist), “we might consider whether they are motivated by love for humanity or something closer to its opposite.”2

There are many inconsistencies in such a worldview, not least of which is that allowing farmland to return to wilderness would actually destroy many habitats that have adapted to farming over the years. Rare farm breeds would become extinct, and many animals and birds that rely upon open grassland would also suffer loss. It has also been found that carefully managed livestock prevent grazing areas from turning to desert in parts of Africa.12 The proper management of forests also restricts the spread of dangerous wildfires, and clearance of drainage ditches helps to prevent flooding.

The biblical teaching calls us to use the land to feed people, and to allow the earth to become full; “Be fruitful and multiply and fill the earth.” (Genesis1:28).

And how far should we go in trying to turn back to a golden age? The Jurassic sedimentary rocks in Britain (and many parts of the world) reveal a former marine environment, where ichthyosaurs and plesiosaurs once lived (they were buried in Noah’s Flood). Should we again flood the land in the cause of rewilding? Naturalists are in fact faced with a conflict between the desire for conservation and belief in evolution; that is, between a belief that nature does change over time, and the belief that nature should be made to stay the same, or even returned to a dream of the past.

The biblical teaching calls on Christians to use the land to feed people, and to allow the earth to become full; “Be fruitful and multiply and fill the earth” (Genesis 1:28). But also, in the Law of Moses there are requirements to allow the land to rest, and to respect wildlife. We are to be good stewards of the land and not to exploit it without consideration. Yes, we need to move towards sustainable and organic agriculture as far as is practicable; for example, where the land is allowed to lie fallow every seventh year through crop rotation. And as far as possible we should avoid harmful chemicals and pesticides, but within the boundary of ensuring the security of the global food supply.

Evangelical Christians have also been at the forefront of conservation and animal welfare in the 19th century, and our voice should be heard in environmental decision-making. We should not abrogate our responsibilities to those environmentalists who, like George Monbiot, avowedly reject the Bible.

There is within the thinking of some naturalists and environmentalists a plan to disconnect humanity from the land, in effect to force more people into cities, and to establish industrial-scale food production involving bacteria, fungi and insects. But this is an unrealistic fantasy, and potentially very damaging. Such approaches to environmentalism that are based upon naturalism in reality devalue humanity. 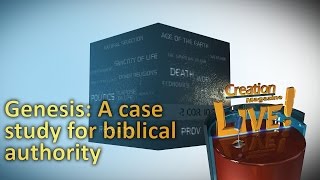 Creation, Fall, Restoration
by Andrew S Kulikovsky
US $24.00
Soft Cover
What on Earth is God Doing?
by Rob Clark
US $4.00
Soft Cover