Romance at the heart of the universe

In the New Testament, Jesus is revealed as fulfilling five glorious, fundamental roles. These roles not only disclose to us the sweep of the Word of God as a unity from Genesis to Revelation, but they also show us God’s purpose in human history from before the first Day of Creation to beyond the last great Day of Judgment. Each of these roles depends upon the preceding one, and all depend on the first. They are:

The New Testament states unequivocally that Jesus Christ was the Creator God and that it was He who made the universe and caused life to begin on earth.

Referring to Jesus, the Apostle John tells us that, ‘All things were made by Him and without Him was not anything made that was made’ (John 1:1).1 John goes on to tell us that, ‘In Him [Jesus] was life’ (John 1:4), thus affirming that in the beginning it was the Living God who was the source of all life on earth and not some chance evolutionary combination of atoms and energy in a fortuitously favourable environment.

What is so important about the fact that the Apostle John here ascribes the role of Creator to God the Son, rather than to God the Father or God the Holy Spirit, even though They all were involved (Hebrews 1:2; Genesis 1:2)? As we shall see, the role of Jesus as Creator is the basis for His other roles, and establishes His prerogative in the exercise of them.

Why does mankind need a Saviour?

The answer goes back to the events in the Garden of Eden after the creation of Adam and Eve. When Adam rebelled against God, God pronounced the sentence of death on Adam and, as a consequence, on the entire human race. When Jesus died on the Cross, He not only suffered this penalty in our place, but also He fully satisfied the just demands of God and of the Law of God, He removed our sin as well as our guilt, He appeased God’s holy wrath against sin, and He reconciled us to God and God to us.

This need of mankind for a Saviour was not something that caught God unawares—a sort of ‘Plan B’ when His creation purposes turned sour, as it were. The Apostle Peter tells us that we are redeemed ‘with the precious blood of Christ … who verily was foreordained before the foundation of the world’ (1 Peter 1:19–20). That is, before time began, in the mind of God, the events of creation, the Fall, and the saving work of Christ were not only foreknown, but were proceeded with in the light of that foreknowledge.

In other words, when Jesus uttered the fiat that created the heavens and the earth at the very beginning, He set in motion events which He knew would eventually bring Him to the Cross and to the fulfilment of His role as Saviour of the world.

All this would have no meaning, of course, if atheistic evolutionism were true. For then God would not exist, there would be no sin to atone for, no penalty to be paid, no holy wrath to be propitiated, and no divine Being with whom to be reconciled. Similarly, if God had used some evolutionary process to make Adam, involving thousands of millennia of Adam’s ancestors’ deaths, then the death of Christ on the Cross would seem meaningless. Human death would then be part of the process of evolution rather than the penalty for rebellion against God, committed by the first man, and induced by Satan.

We thus need to be clear in our thinking on this matter. While the foundation of our Christian faith is Jesus Christ and His atoning death on the Cross for us (1 Corinthians 3:11), the basis for the necessity of salvation for mankind is the special creation of Adam and his subsequent fall into sin.

3. Lord of the harvest

The New Testament says that Jesus, having obtained eternal redemption for us (Hebrews 9:12), now reigns as King over a kingdom (Hebrews 2:9; 8:1; 1 Peter 3:22; Ephesians 1:22). He has also entered into a high-priestly ministry in Heaven (Hebrews 4:14; 9:24), and He continues to exercise His prophetic ministry through the witness, testimony, preaching, and writing of His followers whom He empowers by the Holy Spirit (John 16:7, 13–14; Ephesians 4:11), and which results in people being saved (1 Corinthians 1:21).

Those aspects of Christ’s continuing offices of prophet, priest, and king which operate for the salvation of men and women on earth are included in the title, Lord of the harvest (Matthew 9:36; Luke 10:2).

What does this role of Jesus as Lord of the harvest have to do with Creation?

Simply this: that if we are all the products of evolution, so too must Jesus have been, and if Jesus was merely an evolved hominoid, His death on the Cross was but a tragic hiccup in history’s relentless onward flow.

The New Testament declares that the Lord Jesus Christ in His exaltation is to be the Judge of all the earth—‘He [God] hath appointed a day, in the which He will judge the world in righteousness by that man whom He hath ordained; whereof He hath given assurance unto all men, in that He hath raised Him from the dead’ (Acts 17:31).

This role of Jesus as Judge depends on the preceding one both chronologically and eschatologically (i.e. having to do with the order of events at the end of the age). Jesus’ role of Lord of the harvest will not last forever. The Second Coming of the Lord Jesus Christ will precipitate the greatest series of judgmental events in the history of the world. And when this will be depends on the accomplishment of certain things, especially the completion of the missionary task and the gathering in of the harvest (Matthew 24:14).

What does Jesus’ role of Judge have to do with His role of Creator?

By the fact of creation God not only has the right to set His rules for holy living, but also He has the power and the authority to call all men to appear before Him on the Day of Judgment. Conversely, if we were all just the products of chance evolution, no one would have the right to tell us what to do, and indeed there could be no Judge because there would then have been no Creator.

If we were the products of ‘theistic’ evolution, then such a blundering god, ‘creating’ by eons of cruel struggle, mistakes, and imperfection, could hardly be the holy God of the Bible whose ways are perfect and who thus cannot look on sin. And if ‘theistic’ evolution was right, then the opening sections of the Bible would be riddled with error, and so how are we to rely on the closing sections dealing with judgment?

But the holy, miracle-working Creator God does exist, and has given us a reliable revelation. His pronouncement of judgment on Adam and Eve in the Garden of Eden is a warranty that He will certainly carry out all the future judgments that He has proclaimed in the Bible, on their appropriate occasion.

In the Old Testament, Israel’s relationship with God is depicted as that of an unfaithful wife to a husband (Isaiah 54:5; Jeremiah 31:31–32; Hosea, chapters 1 and 2). In the New Testament, the Church’s relationship to Christ, the Son of God, is depicted as that of a chaste virgin bride to a heavenly bridegroom (2 Corinthians 11:2; Ephesians 5:22–33). This final union of Christ with His bride takes place after the final Judgment, after all sin is done away with (Revelation 20:10–21:2).

What does this role of Jesus as heavenly bridegroom have to do with creation?

It is now apparent that from all eternity it has been God’s purpose to provide an eternal companion for His Son, to reign with Him in His eternal kingdom. This eternal companion is comprised of the redeemed—repentant and believing mankind from every age. It follows that it was for the sake of forming this group, now called the Church, that God created the universe and everything in it, including mankind.

History is thus revealed as being wholly under the governance of God. This is unintelligible to non-Christian historians and philosophers, from the ancient Greeks who considered that history was a repeating cycle, to modern pessimistic existentialists such as Jean-Paul Sartre who could see no hope for mankind.

However, in the successive roles of Christ portrayed for us in the Bible, Christians can clearly see the broad sweep of God’s purposes being fulfilled, from before the creation of the world to the joyous enthronement of Christ’s Church with Him that takes place after the last Day of Judgment.

All of this means that romance is at the centre of the universe! We have all been invited to a wedding—not just to be spectators, but to make up the bridal party.

But a wedding invitation usually requires an RSVP, and this is no exception. Those who wish to attend the wedding, to be united with Jesus Christ and share His kingdom, and to escape the judgment of the great white throne in the life to come, must respond in this life in repentance and faith.

Jesus said, ‘Him that cometh to me I will in no wise cast out.’ He also said, ‘I am the resurrection, and the life: He that believeth in me, though he were dead, yet shall he live: And whosoever liveth and believeth in me shall never die’ (John 6:37; 11:25–26). 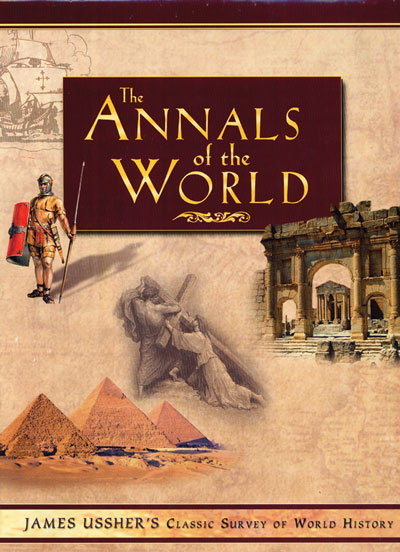