Back in 2005 a group of researchers published a landmark study on a question that has long puzzled geneticists: why aren’t identical twins … identical?1 Considering that they have the same DNA sequence in each of their cells, it seems a bit strange that they often possess a number of physical differences, such as different fingerprints, and different susceptibilities to disease. This raises the question: if two people can have identical DNA sequences and yet be so different, is there more to our genetic blueprint than just DNA?

The answer is an emphatic ‘yes’! Everyone, it seems, has heard of DNA. But many people are unaware that the DNA code itself is governed by another code, known as the epigenetic code. In fact, so significant is this code that one Science writer said that genes (stretches of DNA) are ‘little more than puppets’, whereas the enzymes controlling this other code are the ‘master puppeteers’.2 (See ‘Another layer of complexity’.)

Mutations in DNA are often regarded as the chief culprits of disease, but epigenetic errors can have equally devastating effects. Biologists have known since the 1970s that DNA in cancer cells has an unusually high level of methylation, suggesting that crucial genes may be ‘switched off’.4 ‘Tumour suppressor genes’, as their name suggests, are required for normal development, and several instances have been found where these are ‘switched off’ by methylation—and directly linked to cancer. Alternatively, researchers have noted that cancer genes (oncogenes) can be activated through de-methylation.5 However, adding or removing chemical groups can reverse epigenetic changes. So the race is now on to develop drugs that control key epigenetic enzymes. One such drug has already been approved in the US to treat pre-leukemia.6 And even common dietary components, such as green tea, can prevent or reverse the effects of cancer by inhibiting certain enzymes and reactivating ‘switched off’ genes.7

Cancer research, however, is just the tip of the iceberg. What causes schizophrenia and autism?8 Why are children born through IVF more likely to have epigenetic disorders?9 These are key questions epigenetic researchers hope to answer.

Scientists at Duke University recently managed to radically alter a group of mice without altering one ‘letter’ of their DNA.10 Agouti mice (so-called because they have the agouti gene) are typically yellow, obese and highly susceptible to cancer and type II diabetes. However, this experiment produced mice that were brown, slender and didn’t share their parents’ vulnerability for disease, despite carrying the dominant agouti gene.11

But what makes this transformation so remarkable is the way it was achieved—simply by feeding the pregnant mothers a methyl-rich diet, which managed to ‘switch off’ the harmful agouti gene! And not only can a mother’s diet profoundly affect gene expression in her children but also her grandchildren and possibly succeeding generations after that.12 As one writer quipped, ‘you are what your grandmother ate’.13

The fact that a mother’s diet during pregnancy can impact the epigenome of her grandchildren may explain why human populations that suffer famine can continue to see health problems in well-nourished future generations.14 Moreover, some have suggested that the obesity epidemic in some western countries may partly be due to the lifestyles and nutrition of past generations.15

When Dolly the Sheep was cloned over a decade ago, many believed that cloning animals would soon be easy and routine. However, progress has been frustratingly slow, as scientists have realized that the epigenetic code is far less amenable to cloning than the DNA code. Since the epigenetic profile of the DNA changes over time, the epigenome of a 6-year-old sheep is very different from that required just after fertilisation. Consequently, the egg has to erase the DNA’s epigenetic profile, and ‘reprogram’ it, appropriately. Dolly’s creator commented, ‘When you think about what we’re asking the egg to do for us, in a way, I think we should still be surprised that cloning works at all’.16

The core histone proteins that package DNA are possessed by anything ‘higher’ than bacteria on the evolutionary ‘tree of life’. Therefore, many believe that the histone code has been regulating gene expression for ‘at least’ 2.7 billion years, when the first cells with an organized nucleus supposedly evolved.17 But just because ‘higher life forms’ package their DNA in much the same way, does not necessarily mean they all descended from a common ancestor. Even though an architect may design totally different structures, on closer inspection, many of the concepts and materials used to build them would be similar. So why can’t the ‘architect of life’ do the same?18

here we have yet another example where biological research has flourished, without any need for evolutionary belief or speculation

The famous evolutionary biologist, Theodosius Dobzhansky, once claimed that ‘Nothing in biology makes sense except in the light of evolution’. If this statement were true, you’d expect that unravelling the complexities of epigenetic control would rely strongly on the ‘light of evolution’. But the opposite seems to be the case. As one researcher candidly admitted:

‘While the role of epigenetic inheritance in development is becoming a major subject of biological research, the study of its implications for evolution is lagging far behind’19 [emphasis mine].

So here we have yet another example where biological research has flourished, without any need for evolutionary belief or speculation.

Referring to the DNA code, Australian physicist Paul Davies has stated that ‘The key question … is how this ingenious system of coding emerged?’20 But even though he regards it as ‘ingenious’—and openly confesses that a naturalistic origin remains a mystery—the idea that this code and the complex messages it communicates originated with an intelligent source isn’t even considered.

the epigenetic code is the handiwork of a supremely intelligent programmer

But now that we know DNA has another layer of coded instructions, and thus another layer of complexity, will more scientists attribute this to an intelligent designer? I seriously doubt it. DNA already has impressive credentials, such as holding the title of the world’s most compact information storage system and possessing a remarkable ability to conduct electricity to identify strand breaks.21 So another layer of complexity isn’t likely to ‘budge’ someone already committed to explaining the universe purely in naturalistic terms. As world-renowned geneticist, Richard Lewontin declared, ‘we cannot allow a Divine Foot in the door’.22

So don’t be surprised that as future research sheds more light on epigenetics23 many intelligent scientists overlook a conclusion that others consider obvious: the epigenetic code is the handiwork of a supremely intelligent programmer.

Another layer of complexity

The epigenetic code controls gene expression in two known major ways. The first of these is related to the way DNA is packaged. Inside the cell nucleus, DNA is wrapped around proteins called histones. These proteins can be bunched together tightly or loosely, depending on the chemical environment. This is significant because to utilize the information in DNA, certain proteins need access so they can bind to it. If the histones are packaged too tightly, the DNA can’t be accessed. It’s a bit like arriving at the library after closing time—the information is still there, but inaccessible. So when histones are bunched together tightly, gene expression is prevented. But when they are loosely bunched, gene expression is allowed. This form of control is referred to as The Histone Code.

The second major way the epigenetic code controls gene expression is by attaching or detaching chemical groups to the DNA itself. Methyl groups are small chemical clusters (–CH3 ) that attach to DNA and ‘switch off’ or prevent genes being expressed. This form of regulation is known as DNA methylation.
The Histone Code and DNA methylation provide an ‘epigenetic code’, which is a heritable physical and chemical code that controls gene expression. It’s a bit like the stage manager at a concert—it choreographs when certain acts (genes) play their part in the ‘concert of life’. What’s more, the epigenetic code is a dynamic code that changes throughout development and in response to the environment. 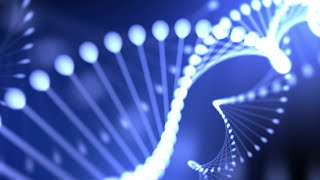