“Scoffers will come in the last days”

“A belief in creationism may be a religious belief, and we must allow generous margins to the holding of such beliefs, but creationism falls beyond the spectrum. It should be consigned to the bin of unreasonable, untenable fact-allergic nonsense.”

It’s open season for people to mock and ridicule believers in biblical creation, or even anyone who would be suspected of the ‘sin’ of rejecting molecules-to-man evolution.

So ranted Rupert Myers in the Daily Telegraph.1 In an article full of nonsense of his own (see below), this writer revealed his true colours in his objection to Dan Walker being chosen as one of the presenters of BBC Breakfast in the UK. Known as a committed Christian rather than a creationist as such, this slur would seem to reflect an extreme dislike for biblical Christianity in particular; there’s no more sure-fire way to sling mud in today’s media than to label someone a creationist.2

“That’s an unacceptable level of stupidity from a headteacher.”

“This is horrifying. …tell me this lady doesn’t work in education. Please.”

Less than two weeks earlier, these are just two of the many mocking comments ‘tweeted’ when the headmistress of a Church of England primary school, Christina Wilkinson, had the ‘audacity’ to state on her Twitter account that

“Evolution is not a fact. That’s why it’s called a theory! There’s more evidence that the Bible is true.”3

It seems that it’s open season for people to mock and ridicule believers in biblical creation, or even anyone who would be suspected of the ‘sin’ of rejecting molecules-to-man evolution.

The pot calling the kettle black

We are, of course, quite accustomed to this sort of thing in our ‘enlightened’, secular age. It’s not merely biblical creationists who are mocked. Even to show sympathy for Intelligent Design is “a denial of science”, according to another headteacher.3 While the word ‘theory’ as used by scientists should not be confused with its general use by the layperson (see chapter 3 of Refuting Evolution 2), Christina Wilkinson is absolutely correct in denying evolution the status of ‘a fact’, and in declaring that there is more evidence for the Bible’s truth. Myers’ tirade against Dan Walker was also an insult to his readers. There were too many nonsensical statements in his article to list them all here (see our detailed article instead). However, the hypocrisy of claims that believers in Genesis are science deniers is obvious from the following:

“how [can] someone who believes in the literal truth of Genesis present the news accurately?”

“Of course, in a free society, the margin of respect and tolerance given to religious beliefs should be generous. … But that margin cannot cover disregard for well-established scientific fact in a job where fact is key.”

In other words, creation-believing Christians are ‘beyond the pale’, their views unacceptable and distasteful to humanists.

But Myers was only warming up:

“A belief … that presumably God planted dinosaur skeletons in the ground to give us all something to talk about, goes well beyond the values for which people of faith can demand respect. The only difference between creationism and a church you could set up tomorrow which believes China doesn’t actually exist is that creationism has been around for a longer period of time.”

How this remotely passes for responsible, mature journalism is beyond me. If this wasn’t such a high-profile story, we would hardly bother to dignify it by responding.

“Creationism doesn’t just deny Darwinian evolution, it denies the findings of astronomy and chemistry, the age of the Universe, the scientific consensus that underpins carbon dating, and ice core samples over half a million years old.”

To all of this provocation, we simply reply, read or watch Evolution’s Achilles’ Heels and the wealth of articles at creation.com that easily put the lie to all such claims. To our detractors, we say politely-but-firmly, ‘Stop ignoring the overwhelming scientific evidence that has even convinced some atheists of the bankruptcy of such claims. Non-supernatural evolutionary tales of origins are not merely non-science, they are indeed nonsense.’

But we shouldn’t be surprised!

For many [mockers], their real angst is directed at the God of Scripture who sovereignly created this world by His spoken Word, destroyed it at the time of Noah through a watery Deluge, and will one day judge it again, though by fire.

The Bible has long predicted an escalation of scorn aimed at biblically-minded Christians. In fact, we find plenty of space dedicated to the ‘scoffers’, ‘mockers’ or ‘scorners’, both of God and of those who seek consistently to wear His name. A brief résumé of some of this teaching is very relevant. Zedekiah was one of the many kings of Judah, of whom it was recorded that “he did evil in the sight of the Lord”; but the leaders, priests and people generally were all guilty of this. Out of compassion for them, God sent warnings, but the people just “mocked” and “scoffed” at the messengers and “despised” God’s words. They became ripe for judgement (2 Chronicles 36:15–16). In contrast to these ungodly people, righteous King David taught that a blessing comes upon those who avoid this sort of scornful attitude (Psalm 1:1). His son, King Solomon gave a damning indictment of those who reject the wisdom of God and delight instead in their own scoffing, describing them as “fools [who] hate knowledge”, “proud”, “haughty”, and “arrogant” (Proverbs 1:22; 21:24).

However, it is in the New Testament that we see the particular relevance of this short Bible study. Referring to those who scorn others for their belief in the historicity of the early part of Genesis, the apostle Peter prophesied that “scoffers will come in the last days”. He warned Christians that these people would mock the idea of Jesus’ second coming, saying “all things are continuing as they were from the beginning of creation” (2 Peter 3:3–4). This is reminiscent of the evolutionists’ mantra, “the present is the key to the past” which always goes hand in hand with the explicit denial of Genesis 1–11 as history. Peter is even more specific in saying that these End Times scoffers will be known as those who “willfully forget” or “deliberately overlook” the following:

This prophecy only really began to find fulfilment in the last two hundred years; tragically, many of the scoffers are within the Church itself. Jude (v. 18) warns believers not to forget these very things: “But you must remember, beloved, the predictions of the apostles of our Lord Jesus Christ. They said to you, ‘In the last time there will be scoffers, following their own ungodly passions.’ ”

These two examples of Christians being vilified in the secular media are merely the latest in an ongoing barrage of insults from the godless. However, for many of them, their real angst is directed at the God of Scripture who sovereignly created this world by His spoken Word, destroyed it at the time of Noah through a watery Deluge, and will one day judge it again, though by fire (2 Peter 3:10). It is well to remember this so that we avoid becoming disheartened. We must keep these secular attacks in perspective and the Scriptures help us to do that. We will not change the minds of opponents of Truth who will continue to claim absurdly that,

“Creationists cannot be trusted to report objectively, or to interact reasonably with their interviewees and with the public.”1

We should be wise to their tactics but not intimidated into silence.

The wealth of information and resources supporting biblical creation, available today in many forms, is a means to a greater end—Christians should be committed to praying that God will graciously use biblical creation to help open many eyes and soften many hearts, that the Gospel of Jesus Christ will again impact our nations. Abigail C. recently e-mailed us this encouragement:

“I’d just like to thank the Creation team for your honest and well researched articles. I believe ALL the Bible, so it’s refreshing to find an organisation like yours which doesn’t cherry pick parts of Bible and ultimately create confusion and lies. I praise God for His generous gift of creation.com and pray that His perfect truth revealed in the Bible will remain undiluted and pure.” 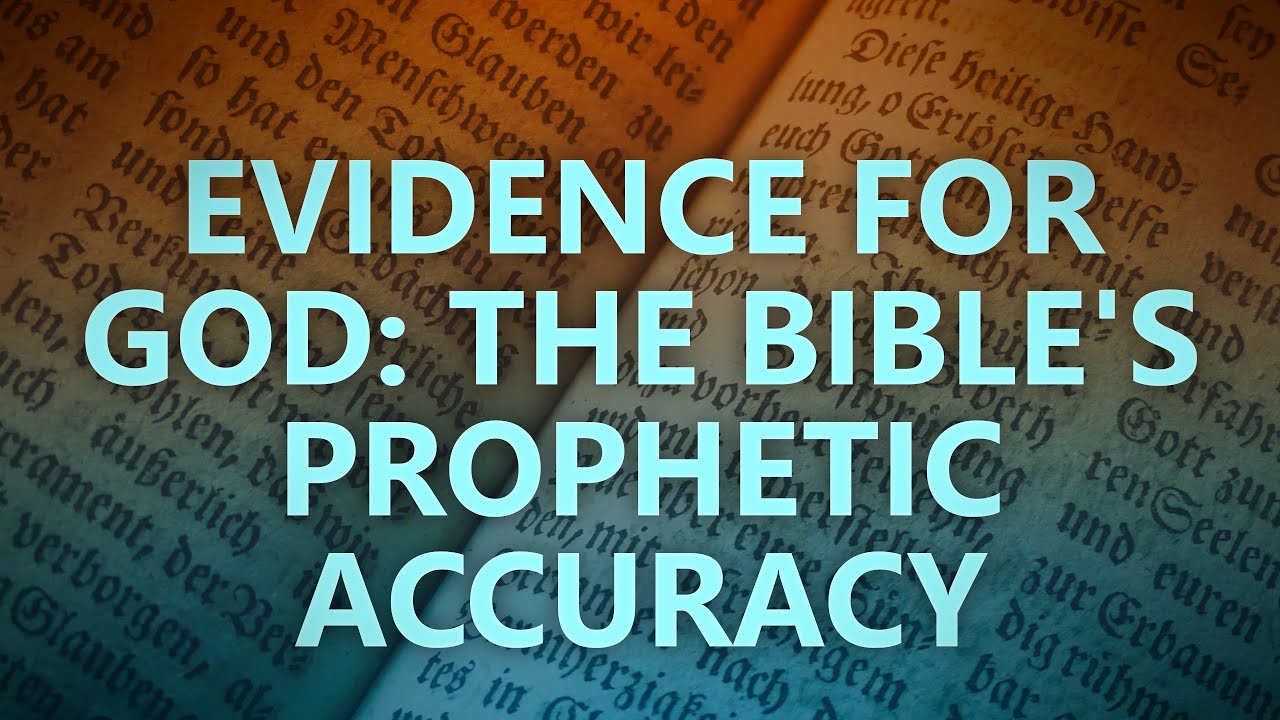 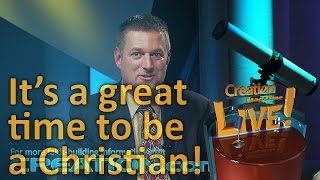 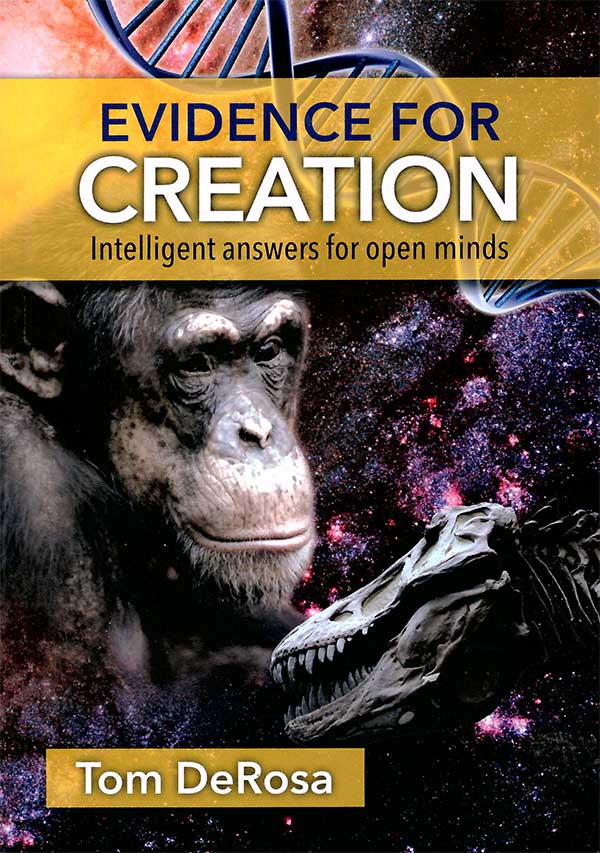