Sickle-cell anemia does not prove evolution! 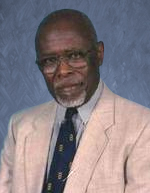 Sixth-graders I have lectured on genetic counselling invariably pop some questions such as:

‘Is it true that the sickle-cell phenomenon has established Darwinian evolution as fact?’

Behind the question, of course, lies the assumption that observing selection/adaptation involving a mutation (an inherited random change or defect) somehow implies that the more complicated forms seen today arose from simpler forms traced back ultimately to one-cell organisms.

The answer is of course ‘no’. In the early 1950s I did a course on evolution and metaphysics at the feet of Professor J.Z. Young, perhaps the greatest evolutionist of recent years. Nothing has happened during the past 30 years in molecular biology in general, and the sickling phenomenon vis-à-vis malaria in particular, to have raised evolution from theory to established fact.

A scientific theory that tackles ‘origins’ must of necessity find that it is out of its depth. In his 1985 book, The Limits of Science, Nobel laureate Sir Peter Medawar stated clearly that ultimate questions like ‘origins’ go ‘beyond the explanatory competence of science’. For people to state that because sickle-cell trait children are resistant to cerebral malaria, therefore the whole neo-Darwinian scenario is fact, is like saying that my black skin’s ability to withstand the tropical sun establishes an evolutionary process, starting perhaps with a ‘big bang’, leading to single-celled organisms, multicelled organisms, invertebrates, vertebrates, and on up to man.

Dr Felix Konotey-Ahulu, M.D. (Lond.), FRCP, DTMH, is a world authority on sickle-cell disease, with decades of experience as a physician, clinical geneticist and consultant physician in Ghana and subsequently in London. He is a visiting professor at Howard University College of Medicine in Washington, and honorary consultant to its Center for Sickle Cell Disease. He is the author of a major 643-page text, The Sickle Cell Disease Patient (Macmillan, 1991, ISBN 0333-­39239-6; Tetteh-A’Domeno Co., Watford, UK, ISBN 0-9515442-2-5, 1996). This article is abstracted with Dr Konotey-Ahulu's permission from pages 106–108 of his book.

In any case, although malaria would certainly seem to be a major factor in maintaining a high frequency of such inherited red cell defects, the real situation concerning their distribution also involves a complex interaction of viral infections, dietary habits and social factors. There is not the random mating which Western population geneticists often assume, and African anthropogenetics cannot ignore the effect of marriage customs, and social and religious habits that lead to in-breeding, for example.

The hypotheses of some anthropologists and theoretical geneticists detract from more serious work. While natural selection is a fact, attention to selection hypotheses is frequently overdone and other factors ignored. In one case it was found that out of 10 West African individuals carrying the sickle-cell trait and living in the UK, there were five who had the genetic predisposition to stuttering (which is known to be high in West Africa). The temptation to use natural selection explanations to link the stuttering gene frequency to child-hood malaria and sickling overlooks some important sociological facts.

First, most who have the stuttering tendency in Ghana in particular are left-handed, which is a major social disadvantage. Relatives heckle and bully the left-hander for doing household jobs with the ‘wrong hand’. The already nervous left-hander is then forced in the schools to write with the right hand, evoking a constant state of agitation.

The desire to excel against all odds is great, so left-handers are generally better at their studies. You will thus find a higher number of left-handers, and thus more stutterers, in any academic institution. If that institution is in northern Nigeria, for instance, 30 per cent of these stutterers will also be sicklers, simply because 30 per cent of the rest of the population are sicklers. This has nothing to do with malaria and selection, nor does the fact that of the five consultants in the haematology department of a famous African teaching hospital, 80 per cent had the sickle-cell trait.

I have indicated more than once that African anthropogenetics would be much better served by thinking along factual lines rather than theoretical evolutionary concepts. The same could certainly be said for science and medicine in general.