It has long been thought that Stonehenge represented an ancient calendar and was used to mark the seasons, but until recently, exactly how this was done has remained elusive. Now, Professor Timothy Darvill (of the Department of Archaeology and Anthropology, Bournemouth University, UK) has revealed Stonehenge’s solar secrets. In a 2022 research article published in the open access Antiquity Journal, Darvill outlines how Stonehenge was erected as a “perpetual calendar based on the 365.25 solar days in a mean tropical year.”1

Important to this discovery was the realisation that Stonehenge must have been erected as a whole structure for the calendar to work. The implications are that Stonehenge fits easily into post-Babel, biblical history. Furthermore, it is testament to the intelligence of humans, who were created brilliant from the beginning.

Careful measurements of the spacing in between the surviving uprights have established that the 30 standing stones were originally spaced into three groups of 10.

The discovery takes account of Stonehenge’s main structure, which originally comprised 30 large standing stones (called sarsens). Seventeen of the uprights are still in their original place, with seven fallen and six missing. Six lintels still remain on top of their supporting stones. Evidence suggests the missing stones were robbed in antiquity, which were possibly broken up for building foundations and walls.

Careful measurements of the spacing in between the surviving uprights have established that the 30 standing stones were originally spaced into three groups of 10. In other words, these massive stones were precisely and purposefully positioned (likely positioned from an existing plan and carefully surveyed in). Furthermore, it has been recognized that there is one major alignment to these stones:

The ancients knew a lot more about astronomy than we generally give them credit for, and they clearly knew that there are 365.25 days between annual solstices, marking one solar year.

Such an orientation suggests a solar-based calendar—but how did the ancients use it? This is a bit tricky. The ancients knew a lot more about astronomy than we generally give them credit for, and they clearly knew that there are 365.25 days between annual solstices,2 marking one solar year.3 It became apparent to Professor Darvill that each of the 30 standing stones represents one solar day within a repeating 30-day month. These months were divided by the three groups of stones into ‘decans’, or weeks of 10 days each. Thus, 12 monthly cycles of 30 days (represented by the uprights of the Sarsen Circle) gives 360 solar days.

However, completion of the tropical year requires an extra ﬁve days. Many ancient calendars included what are known as epagomenal days. These were days they tacked on to the end of the year to keep the solar calendar matched up with their monthly calendar.4 Darvill recognized that the internal Trilithon Horseshoe (see diagram), situated within the centre of the structure, fulfils this role.

But, how exactly, did the ancients manage to make Stonehenge a perpetual solar calendar? This would involve the marked days, decans, and months keeping pace with the four seasons and the sun’s movements in order to accurately describe a tropical solar year.

This would require periodic adjustment, speciﬁcally, the addition of one day every four years to create a leap-year of 366 solar days. How would this be achieved? Darvill recognized that Stonehenge’s four Station Stones (see diagram) provide the means of keeping the necessary tally, so that a sixth day could be added to the intercalary month every fourth year.

It was then recognized that using Stonehenge’s alignment to the solstices ensured that the calendar was synchronised with celestial movements and the changing of the seasons. The alignment to the solstices helped the builders to calibrate the calendar, whereby any errors would have been easily detectable because the sun would be in the wrong place during the biannual event. Darvill states:

“At Stonehenge, the principal axis naturally divides the monument and, by implication, the calendar it represents into two halves, with both the winter and summer solstices clearly embedded in the architecture of the structure.”1

The obvious question arises as to how, where, and when such calendrical knowledge arose. Darvill recognizes two likely sources: Old Kingdom Egypt, but even more primary than this:

“ … similar time-reckoning systems were being used in Mesopotamia by the late fourth millennium BC, and their adoption in the Eastern Mediterranean might have been more widespread at this time than previously realised. It was patently successful, as many of its key features were adopted in later calendars.”1

Such evidence dovetails with biblical history, whereby human civilisation sprang up after the Flood, specifically at the Tower of Babel. Knowledge of the calendar, mathematics, and engineering would originally have been passed on from Noah and his family after the Flood. We would place the timeframe for Babel around 2,100 BC.5 Many of the descendants of the Babel population would have taken such knowledge with them as they dispersed around the globe. Some of this knowledge arrived later in Britain. Such ideas of global migration have been “deeply unfashionable” within academia, but Darvill admits:

“Now, however, the pendulum of interpretation is swinging back in favour of long-distance contacts and extensive social networks.”1

Like Babel’s Tower, Stonehenge was likely built for religious purposes. Darvill recognizes the function of the calendar wasn’t purely to inform ancient farmers of the seasons. What they did need guidance for was to know when to plant crops and when to celebrate the harvest festival, and particularly, when to appease their gods with their presence at such key ceremonies.

New discoveries of Stonehenge’s function as a solar calendar of 365.25 days adds to our knowledge of the ancients’ genius. Such knowledge finds its roots in ancient Egypt and earliest Mesopotamia. This aligns perfectly with biblical history, whereby people were created brilliant from the beginning, and knowledge, including the solar calendar, must have been passed on from Noah and then the builders of the Tower of Babel, which eventually arrived in Britain via the decedents of those who dispersed after Babel. 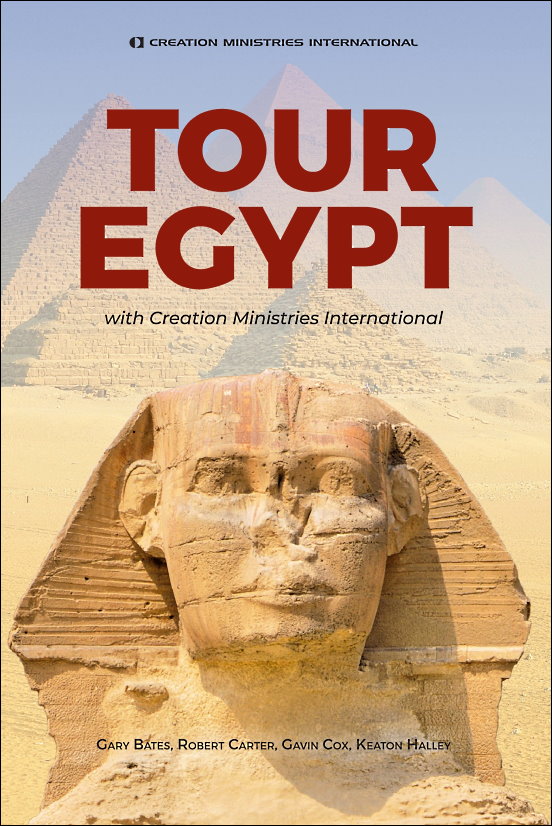