Is the famous fish-fossil finished?

Tracks of footprints found in a quarry in Poland have turned the palaeontological world upside down.1 For years there has been a neat evolutionary story about how fish evolved four legs and came out of the ocean onto the land (figure 1). Probably the most famous fossil in this sea-to-land icon of evolution is Tiktaalik roseae, a fish with fins that was claimed to have had features intermediate between fish and tetrapods.

Creationists consistently rejected the evolutionary spin put on the fossil and showed that it had nothing to do with any alleged sea-to-land transition.2 All the same, evolutionists promoted Tiktaalik relentlessly. It has its own website, 3 features in evolutionary diagrams (e.g. figure 1), stars on the covers of books about evolution4 and was even the theme of a song to promote evolution.5 Richard Dawkins, in his latest book The Greatest Show on Earth,6 claims “Tiktaalik is the perfect missing link—perfect, because it almost exactly splits the difference between fish and amphibian, and perfect because it is missing no longer.” (See Jonathan Sarfati’s refutation of this book, The Greatest Hoax on Earth?)

But now this footprint evidence from Poland consigns Tiktaalik and all its companion fossils onto the garbage heap. From being stars of the show they have suddenly become an evolutionary dead-end. So the creationists were right all along.

At first glance the evidence does not look very impressive. The tracks are preserved as shallow indentations on the surface of large limestone slabs from Zachelmie Quarry in the Holy Cross Mountains of Poland. The rough surfaces have an array of roundish indentations arranged in lines (figure 2). But, with the use of lines and diagrams (figure 3), the authors have argued a strong case that these indentations are indeed trackways of four legged animals that resembled large lizards.

If four-legged animals existed 18 million years earlier, then Tiktaalik can’t be the transitional fossil it has been claimed to be.

The authors were even able to show the shape of the foot within some of the individual prints and identify the toe marks (figure 4). From the dimensions of the prints they concluded that some animals were more than 2 metres long.

These trackways are a remarkable find but tracks are not particularly unusual in the fossil record. Thousands of trackways of land animals have been found in many different locations all over the world. What has captured world attention is that that these tracks are dated (using evolutionary assumptions) at 397 million years, which makes them fully 18 million years older than Tiktaalik (again, by evolutionary thinking). If four-legged animals existed 18 million years earlier, then Tiktaalik can’t be the transitional fossil it has been claimed to be.

We thought we’d pinned down the origin of limbed tetrapods. We have to rethink the whole thing—Paleontologist Jenifer Clack, University of Cambridge

It’s suddenly been demoted to an evolutionary dead end along with all the other fossils connected with it. In other words, all those neat evolutionary diagrams that vividly displayed the transition from fish to four-footed animal ancestor (such as figure 1) need to be disposed of. The evolutionary house of cards, so proudly paraded before the world, collapses with a breeze of evidence from Poland.

This is not some small correction or a minor detail. It has turned the paleontological world upside down. Something of the magnitude of the upset can be gleaned from statements made about the find.

Note the terms “radical reassessment”, “reappraisal”, “surprising”, “reconsider … whole picture” and “rethink”. We are given the impression that paleontologists scratch around in the sediments and the evidence for evolution just pops out. Creationists are castigated because they are accused of working by faith and not evidence. Well, this Polish upset demonstrates that evidence does not speak for itself. It takes thought, ingenuity, mental exercise and interpretation to make sense of it. The paleontological world is going to take quite some time to rethink its stories.

Remember that all scientists come to the evidence with their own beliefs, biases and … vested interests. Those who have dedicated their lives and careers to the standard fish-to-beast story will not be very enthused by the implications of the latest find. They will be reluctant to change, especially since they have nothing to replace it with.

Curiously, there are a few different ways they could choose to rework the evidence and hold onto Tiktaalik at the same time. If that doesn’t work they may simply ignore it. Time will tell. 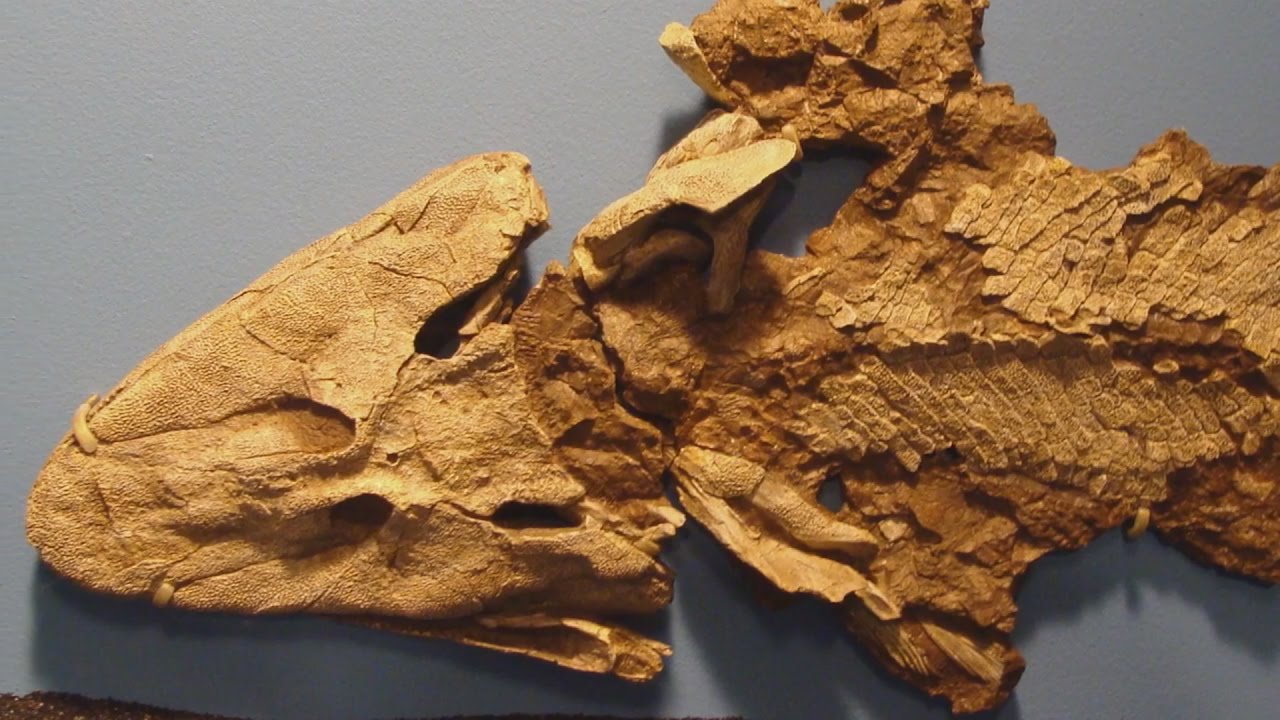