Can we understand Egyptian chronology before the Exodus?

Answering a question sent into CMI about Egyptian chronology

Millard S. from Germany wrote into CMI with a question regarding biblical chronology as it relates to Egyptian chronology. He also asks whether we can trust the old dates proposed for the earliest period in Egyptian history. CMI’s Gavin Cox and Gary Bates respond.

I wish to understand Egyptian chronology before the Exodus (Dynasty 13). McClellan 2011 sets Dynasty 4’s rise 2082 BC, but the Hebrew Bible allows Dynasty 0-3 only 120 more years after Babel. The secular 300+ years must be reduced, but how is unclear: contemporary data are few.

One could use Samaritan/Greek values in Gen 11 or gaps in Ex 6’s genealogy, but our understanding of Egypt is likelier amiss than the received version of God’s word. Osgood 1986 cites (out of print) Courville 1971: ‘[Dynasty 6 was] contemporary…an over–ruling [12]’, but gives no proof; Clarke 2013 and Adamthwaite 2018 reject this and other Velikovsky-based schemes.

I know that creationist reconstruction of antiquity is ongoing. Are Dynasty 0-2, 3-8 and 11-13 still believed contemporary? If so, what evidence shows that the later Memphites were vassals to Thebes? If not, how should one interpret the sparse data before Dynasty 4? I would be thankful to learn what progress or hypotheses have been made in this active field.

Manetho had an axe to grind regarding proving his nation’s superiority over that of the Greeks and the Mesopotamians in his day. He did this by ‘bigging-up’ Egyptian history, essentially exaggerating it to make it seem more important …

Regarding the earliest dates for the first Egyptian Dynasties, these are based on two very shaky pillars: Manetho’s history and Carbon dating. We suggest you read Gary’s article Egyptian chronology and the Bible—framing the issues which discusses the huge disparities and unreliability of methods upon which Egyptian chronologies are based. It also helps us understand why even genuine Christian researchers can arrive at vastly differing ideas. We still tend to think that many Christian researchers though, are still swayed by the Egyptian dates themselves, which is fraught with inconsistencies.

In the aforementioned article, it shows how Manetho had an axe to grind regarding proving his nation’s superiority over that of the Greeks and the Mesopotamians in his day. He did this by ‘bigging-up’ Egyptian history, essentially exaggerating it to make it seem more important, and that the Egyptians were the oldest civilization around, which they firmly believed as they had their own creation stories tied to their gods. So there would also be many examples as you allude to in your question where there were concurrent reigns of pharaohs in north and south, rather than consecutive reigns. This is more likely at the beginning of the nation, when separate tribes could well have been reigning at the same time in different parts of the country.

Secondly, modern archaeology has attempted to date those reigns using carbon 14 dating, which is notoriously difficult to calibrate and is assumption laden

Secondly, modern archaeology has attempted to date those reigns using carbon 14 dating, which is notoriously difficult to calibrate and is assumption laden. See our article When archaeology conflicts with the Bible, specifically about 14C being used in archaeology. Carbon dating has also dramatically reduced some of the older periods of Egyptian history, but such reductions have not been viewed favourably by many Egyptologists. The main point to remember is the further one goes back in time, the less reliable 14C will be. The further one goes back towards the Flood, the greater the difference in the carbon 14/ 12 ratio would be, so there is an ever inflating false age the further back to the Flood one goes, see this chapter of the Creation Answers Book for more on carbon dating theory. So when the earliest 5th Dynasty pyramids were built, likely just a few hundred years after the Flood, any wood, or biological remains left there that could be dated would have a substantially different ratio, favouring carbon 12, compared to today’s ratio, making it ‘look’ older than it actually is because the presumptions are that the ratios have not changed significantly in history.

New booklet by CMI on Egypt out now!

You said “Dynasty 0-3 only 120 more years after Babel.” At the time of writing we have a multi-authored booklet that was specifically written for our upcoming tours of Egypt (now deferred to 2021), and we have a complete section, including a statistical population growth model, to show how quickly civilizations could have built up in Egypt within a very short timeframe after Babel—which is really the crux of your question. I think you will be surprised at how quickly populations can grow. If you subscribe to our Infobytes, you will be notified when this booklet is available (as we write, it is currently being printed).

One of the things we noticed is that you presumed that the Exodus took place in the 13th Dynasty. We know some Christians have advocated this period. But conventionally this dynasty has been attributed to the Middle Kingdom or even added to the 2nd Intermediate Period of the Hyksos. We would advocate a New Kingdom Exodus and most likely during the 18th Dynasty. This just highlights again how widely the interpretations vary in trying to reconcile such things. However, as shown in the aforementioned recommended article and also in our article Evidence of Hebrews in Egypt, it demonstrates that if we take the biblical date for the Exodus c. 1,446 BC it puts the Exodus within the realm of New Kingdom dates. There are other facts and events during the latter part of the New Kingdom dynasties and even the 3rd Intermediate Period which start to reconcile nicely with the Bible based upon this date. Therefore, working backwards, trying to aim for a 13th Dynasty Exodus is not really tenable.

When it comes to dynasties 11–13 at the end of the Middle Kingdom, this is also a period of some doubt as to exactly when the 2nd Intermediate Period began, which immediately followed. These Intermediate periods (IM) were usually preceded by a decline in authority, structure or of the locally economy. It would appear that around this time a large Asiatic migration occurred into Egypt which led to the Hyksos rule of the 2nd IM. As such, good records are usually scant. The Egyptians despised foreigners so they were not well disposed to recording these periods with much posterity. In short, when did the Middle Kingdom actually cease; when did the 2nd IM begin and was there a period of some sort of concurrent rule?

Beginning with the Bible

Another point to consider is that during those first dynasties there are very scant archaeological remains, which points to small and hurried beginnings, rather than a very extended history. Some even doubt the genuine existence of a 2nd Dynasty at all. So for creationists, there is greater scope to collapse the time at the beginning of Egyptian history during the pre-dynastic and Old Kingdom periods. Even possibly some parts of the Middle Kingdom rather than later, when there is far more archaeological remains and synchronies to be made with other civilisations—particularly in the New Kingdom. Keep in mind, it is not just about whether a dynasty existed at all, but whether some were overlapping—but made sequential by Manetho when he ‘cooked the books’. These are just two factors to consider among many. Based upon the information currently available, we don’t think it is even possible to be definitive about this. The only thing we can be certain about are the biblical dates and the age of the earth. It is Egyptian chronology that needs adjusting.

On this issue, we prefer using the Masoretic Texts as the LXX is known to have an inflated chronology in Genesis. We suspect that many favour it as one can insert an extra few hundred years which would help in reconciling ‘the Bible’ with Egyptian dates.

Like you say, there is much to be worked out for a biblically friendly chronology to be constructed, but it is fraught with difficulties, based upon the information we have from Egypt, because they were also masters of disinformation.

As you’ve picked up, we would all distance ourselves from Velikovsky. Gavin read his Ages in Chaos book a few years ago and was struck at how easily he took myth and legend as trustworthy eyewitness testimony. Velikovsky was universally rejected in academia. As creationists we need to do much better, and keep in mind the Bible as God’s Word, gives us a firm history from which to work out chronologies.

Again, we would recommend our well balanced and fair article Framing the Issues which is a good summary of chronology, why it matters and the pitfalls. Our starting point should always be the Bible and not the secular dates. In the upcoming Tour Egypt with CMI booklet we mentioned, we believe we’ve made some startling discoveries with regard to the time period of Joseph, the subsequent sojourn, and the relative timing of the Exodus. These were drawn from the biblical narrative as to the depiction of the characters and the circumstances mentioned.

Also we would like to recommend a couple of articles written on archaeology and the bible and carbon dating issues. You will notice many linking articles underneath these articles recommending further reading.

I hope that helps. 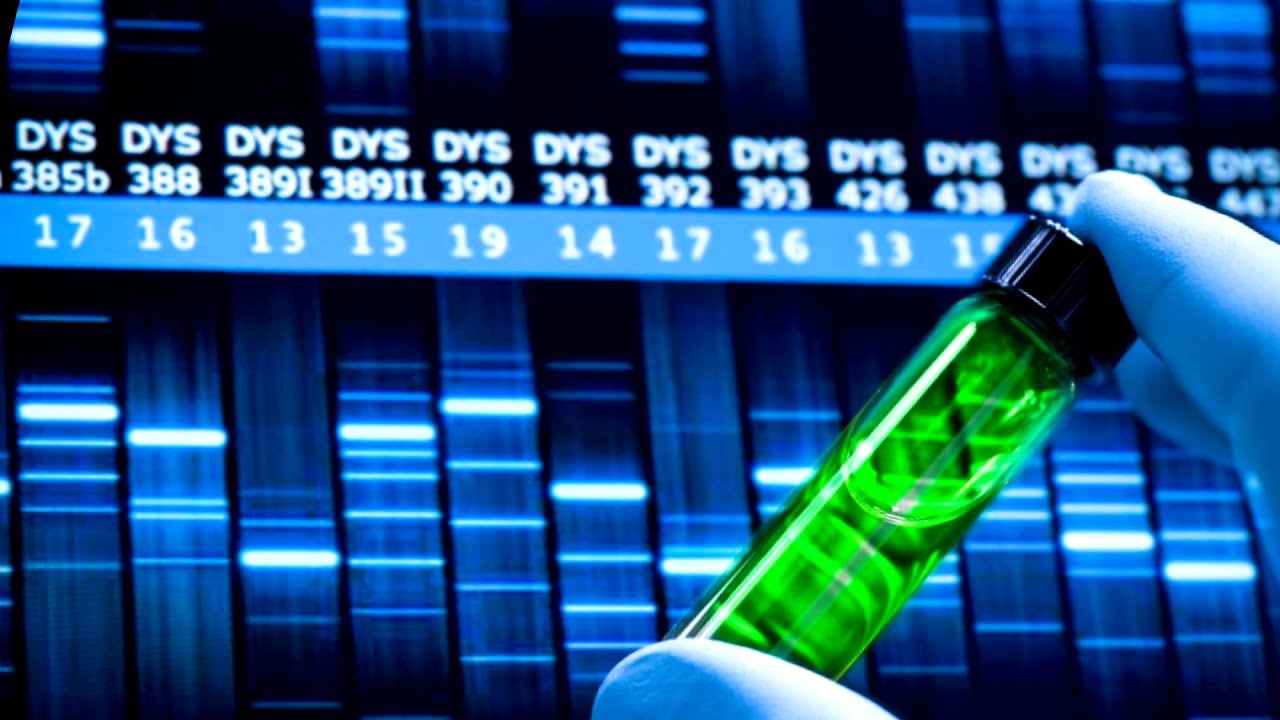 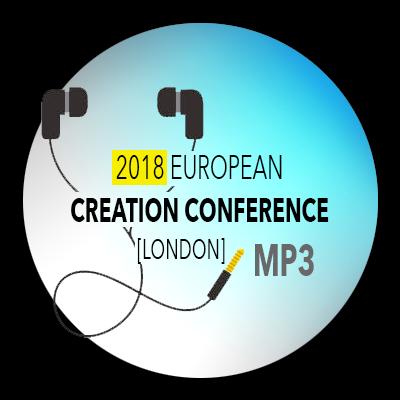