Its arguments amount to naught1

This re-featured article has been updated from the original 2017 version.

There are various dictionary definitions for ‘juggernaut’ but they include: ‘A huge, powerful, and overwhelming force’2; ‘anything requiring blind devotion’.3 We might also think of a large, out-of-control lorry or truck leaving destruction in its wake. All of these seem appropriate ways of describing the way in which evolution and deep time beliefs are impacting the thinking and decision-making of many people today. Is that an irresponsible claim, a wild exaggeration? Not at all. CMI writers have spilt much ink in spelling this out over the years. To name just a few examples, we have highlighted evolution’s link with social evil,4 the assault on marriage and the family, the violation of the sanctity of human life and increasing crime,5 as well as genocides6 and wars.7

Christians who take their stand on Genesis as history should take heart. It may sound clichéd but it is still true: ‘One with God is a majority’ (consider 2 Kings 6:15–17).

In spite of this, our education system (from primary school to university), popular science programmes, wildlife documentaries, news bulletins, social media outlets—all exhibit a mind-set that disregards the Bible’s claims about origins, not to mention the scientific evidence in its favour. All display a fawning adoration for the power of ‘science’ to explain our origins, to deal with our problems, and even to provide meaning to our existence! In this Internet age, everyone can publish his/her opinion. And every ‘fresh’ opinion that toes the secular elite’s party line has the potential to spread like wild-fire.

The speed at which the body of information online is added to—the ‘content shock’—is quite astonishing. As of May 2022, 2,500 new videos were being uploaded to YouTube every minute, adding to an already staggering quantity of videos, approaching 18,000 years of continuous viewing!8 Internet usage data, to April 2022, confirmed that 231.4 million e-mails were sent every minute, 1.7 million items were posted on Facebook each minute, and over 347,000 Tweets/minute were shared on Twitter.9 Over 70 million WhatsApp messages are sent every minute.10 Of course, there are also huge increases of content on many other platforms, such as Snapchat, Instagram, and Tiktok. When the vast majority of these people defend, or at least accept, the secular world-view, it might seem that the juggernaut is unstoppable.

The cult of ‘science’

Thankfully, there are occasional voices of reason to be heard above the clamour. In May 2016, the influential American ‘journal of religion and public life’, First Things, carried an article appropriately entitled ‘Scientific Regress’.11 Referring to what the author called the ‘Cult of Science’, he wrote,

“The Cult is related to the phenomenon described as ‘scientism’; both have a tendency to treat the body of scientific knowledge as a holy book or an a-religious revelation that offers simple and decisive resolutions to deep questions. … Some of the Cult’s leaders like to play dress-up as scientists—Bill Nye and Neil deGrasse Tyson are two particularly prominent examples—but hardly any of them have contributed any research results of note. Rather, Cult leadership trends heavily in the direction of educators, popularizers, and journalists.”

Quite so! In fact, famous though these science popularisers are (especially in the United States) the two men referred to above do not qualify as empirical scientists in their assertions about origins, being neither impartial nor unprejudiced. Rather, their humanist colours are clear for all to see. Astrophysicist Neil deGrasse Tyson had this to say recently (emphasis added):

“Some claim that evolution is just a theory, as if it were merely an opinion. The theory of evolution—like the theory of gravity—is a scientific fact. Evolution really happened. Accepting our kinship with all life on Earth is not only solid science. In my view, it’s also a soaring spiritual experience.”12

As for pop science educator Bill Nye (nicknamed ‘the Science Guy’), make what you will of the following statement:

“I’m insignificant. … I am just another speck of sand. And the earth really in the cosmic scheme of things is another speck. And the sun an unremarkable star. … And the galaxy is a speck. I’m a speck on a speck orbiting a speck among other specks among still other specks in the middle of specklessness. I suck.”13

One really does wonder why someone with that view would bother getting out of bed in the morning! When men like Nye and Tyson are so feted by the ‘establishment’, their description by the First Things writer as ‘Cult leaders’ seems quite justified. It is, in fact, an abuse of science. In The Psychology of Totalitarianism (2022), Belgian professor of psychoanalysis (Ghent University) Mattias Desmet makes this pertinent observation:

“At its birth, science was synonymous with open-mindedness, with a way of thinking that banished dogmas and questioned beliefs. As it evolved, however, it also turned itself into ideology, belief, and prejudice.”

“In short, the scientific discourse, like any dominant discourse, has become the privileged instrument of opportunism, lies, deception, manipulation, and power.”14

Of course, simply to talk about the might of the secular machine and shrug our shoulders achieves nothing. Yet, in the face of such overwhelming odds, what can believers in biblical creation do? What can we possibly hope to achieve? Firstly, as Christians, we must acknowledge that “the battle is the Lord’s” (1 Samuel 17:47)—that was the attitude of David (although merely “a youth”, v. 33) in facing the Philistine giant Goliath. It must be our attitude too. Prayer and reliance upon God is vital. Secondly, we must continue to take every opportunity to engage with people in the places where we find ourselves; together we really can make a difference. This might involve speaking up in conversations and sharing tidbits of information that few people are aware of, giving people things to read or watch, sharing articles on social media, supporting or organising a creation-teaching event locally. Impossible odds? Remember the words of Jesus, “What is impossible with man is possible with God” (Luke 18:27).

Christians who take their stand on Genesis as history should take heart. It may sound clichéd but it is still true: ‘One with God is a majority’ (consider 2 Kings 6:15–17). Those who hold faithfully to the Word of God are on the side of Truth. Of course, people will continue to pay homage at the altar of Scientism. However, as a self-described humanist has acknowledged, “Science is a blessing, but scientism is a curse … and peddles uncertainties … [and] transforms science into an ideology.”15 For this reason, as irrepressible as the evolutionary juggernaut may appear—and even when its spokespersons have more qualifications and plaudits than you can shake a stick at—its claims are actually baseless and unconvincing (see Evolution’s Achilles’ Heels).

Let us consider two final examples of the weaknesses in the secular juggernaut: influential scientists confessing their ignorance. These commendable confessions expose the overly-confident origins claims by cult of ‘science’ popularisers as blatant propaganda. First, consider this admission by internationally known physicist and science-writer Paul Davies in Scientific American. Referring to the alleged evolution of the first cell, he wrote:

“We are almost as much in the dark today about the pathway from nonlife to life as Charles Darwin was when he wrote, ‘It is mere rubbish [to be] thinking at present of the origin of life; one might as well think of the origin of matter.’ ”16

“Right now I find myself lying awake at three in the morning, wondering if everything I’ve ever done is wrong.”18

Returning to the title and opening words of this article, secular evolutionary philosophy may seem to be a hugely powerful, overwhelming force, with many ‘cult of science’ devotees, but it is not unstoppable. Biblical creationists need to inform and equip themselves with the scientific facts (uncomfortable to evolutionists), and be aware of the remarkable confessions of leading evolutionary protagonists. Prayerfully sharing such things with people can be a useful pre-evangelistic strategy, sometimes winning yourself the opportunity to share faith in Christ. Contrary to Bill Nye, nobody is an “insignificant … speck”. Rather, all are made in God’s image and in need of His forgiveness and salvation. 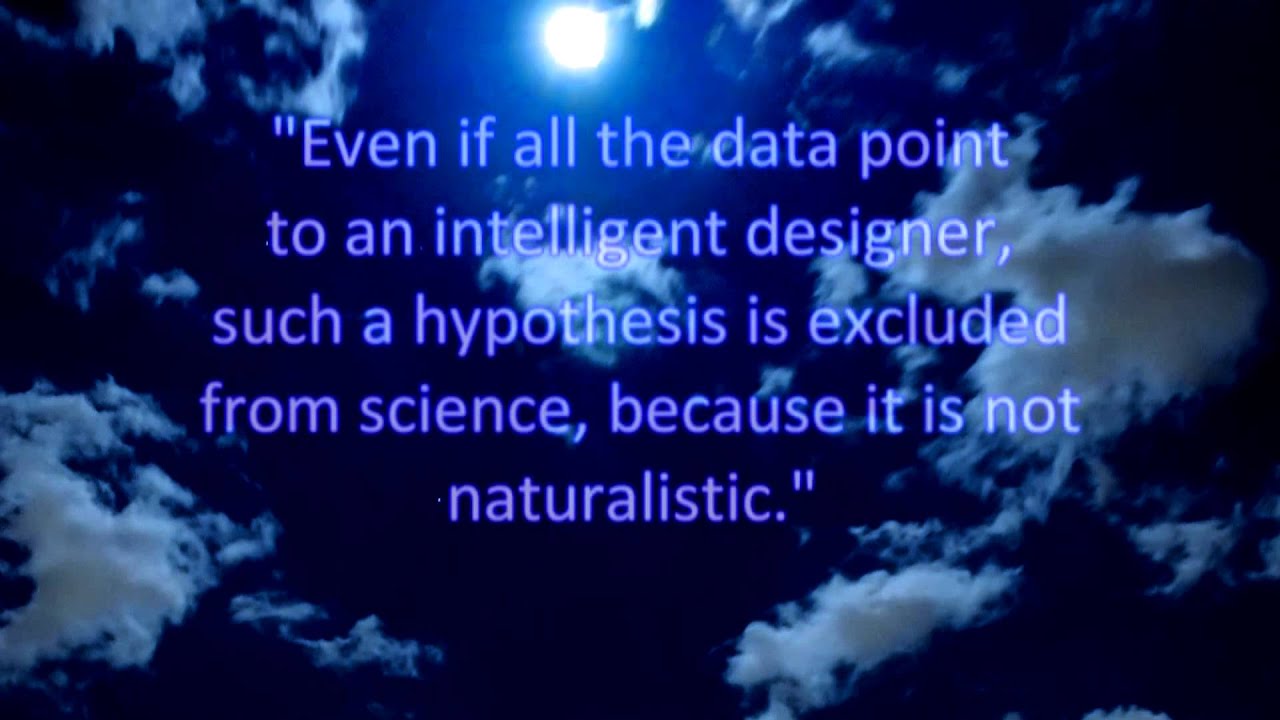