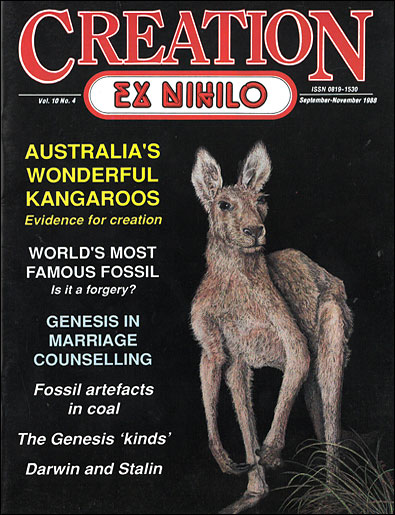 What happened when Stalin read Darwin?

Russian dictator and revolutionist, Joseph Stalin (1879–1953), is regarded as one of the most notable men in Russian history. He was also one of the most influential in world affairs in the periods immediately before and after the Second World War.

But early in his life Stalin experienced a dramatic change of career. While studying at the Tiflis Theological Seminary, he began to read the works of Charles Darwin. He developed a critical mind and revolutionary bent. One of his friends later said in a book—which was published in Moscow while Stalin was still in power—that when Stalin began to read Darwin he became an atheist.

At the age of 19, in 1898, Stalin was expelled from the theological seminary because of his revolutionary connections. His newly acquired philosophy did enormous damage in the years that followed. But he gained political prominence. All the major policies of the Soviet State after 1928 were formulated by Stalin.

He established a terrorist police State, and in the mid- 1930s instituted the notorious trials in which most of the surviving Bolshevik leaders were found guilty of treachery and executed.

One of Stalin’s most notable characteristics, according to many of his biographers, was his approval of the cult of ‘Stalinist adoration’. Instances of this idolatry included the official dedication of cities to him (such as Stalingrad, Staliniri and Stalinogorsk), and the ceremonial homage given to him in virtually all public speeches and in print.

In February, 1956, three years after Stalin’s death, Communist Party leader Nikita Khrushchev charged Stalin with perpetrating ‘mass arrests and deportations of many thousands of people, execution without trial and without normal investigation.’

Khrushchev also stated that during Stalin’s reign 70 per cent of the members and candidates of the party central committee in 1934 were subsequently arrested and shot. Most of these, claimed Khrushchev, were simply ‘innocent communists’.

Darwinian ‘survival of the fittest’ ideas thus powerfully shaped Stalin’s approach to society. Oppression, self glorification, atheism and murder resulted from Stalin’s rejection of his Creator after reading and believing the evolutionary ideas of Darwin. And the most tragic aspect of all? That while Stalin was turning his back on his Creator, he was building his philosophy on a lie.