Why do Christians want to defend evolution?

In today’s feedback, to a theistic evolutionist who thinks that we don’t believe Christians can be evolutionists. Dr Don Batten responds, pointing out that we have consistently said that evolutionists can be Christians because Christian belief is not defined by a denial of evolution (cf. Romans 10:9–10; ), but they are nonetheless being logically inconsistent in believing in both. Rather, it continues to surprise us that Christians would want to defend evolution.

In fact, I would say that not only does evolution not make sense of the evidence, it has been a decided hindrance to scientific progress

Now, I know that you don’t exactly play nice with people like me (theistic evolutionists, or ‘evil-utionists’ as I am so colourfully labeled by creationists, including those in my family), but I was curious as to if we could sit down and have a little chat anyway. Now, I’m only nineteen years old, and I surely haven’t seen everything that this world has to offer, but I happen to have a keen interest in genetics and biology, which led to my understanding of evolution and the logic behind it. I prefer “understanding” to “belief”, as the latter implies a belief structure, whereas my acceptance of evolution was based on logic.

Anyway, that was just for contextual information. So, my question is: why am I not accepted by you as a Christian? I believe in Jesus, in a heaven and a hell and that God created the world-the only difference is that I believe we got here differently to you. Most, if not all Christian denominations have accepted evolution and taken it in stride, but creationists seem unable to accept the concept, but (from your Q&A section anyway) seems like you admit most of the basic concepts that build up to the topic of “evolution”, but you just have an aversion to that particular word. I mean, it’s not in the bible, so it’s against your belief, but motor cars, telephones or gravity weren’t mentioned either (to my knowledge)

So, why the hatred? As the great Charlie Chaplin said: “In the seventeenth chapter of saint Luke is it written: “The kingdom of God within Man. Not one man or a group of men, but in ALL men.”

Firstly, I don’t know a speaker with CMI-Australia who calls evolutionists “evil-utionists” (although I have heard someone not connected with CMI say it this way). We normally say the ‘e’ as in “egg”. Most Americans also say it with the short 'e'. However, speakers of British English normally say “evil-utionist” including evolutionists such as Richard Dawkins.

Secondly, I too have a keen interest in genetics and biology, which lead to my understanding of evolution and the lack of logic behind it. I have a PhD in plant biology and worked in full-time research for over 20 years (work I really enjoyed). You can read my biography on creation.com if you are interested. We have many PhD biologists either working for CMI or who support what we do. In fact, I would say that not only does evolution not make sense of the evidence, it has been a decided hindrance to scientific progress (I am preparing to write an article “How evolution harms science”. You can see a few things here, but there is much more to be told). Evolution is only really logical for someone who has decided that supernatural creation is ruled out, because then it is the only game in town and ‘has to be’.

It continually surprises us that Christians want to defend evolution. It is really the creation myth of the materialist (atheist) and has been ever since Greek philosophers thought of the idea before the time of Christ (BC) and also with its modern popularisation by Darwin and his disciples. Adam Sedgewick, one of the two main mentors of Darwin at Cambridge University, called it a “dish of rank materialism”. Well-known atheist Richard Dawkins said it enables him to be “an intellectually fulfilled atheist”. It is quite preposterous when you think about the grand claim that “everything made itself” (see Familiarity breeds … respect?). This is the ‘evolution’ that we reject: that everything is self-created (which is a self-contradiction, for a start). You say of the word ‘evolution’, “I mean, it’s not in the bible, so it’s against your belief ”. Frankly, that is absurd and indicates that your reading on Creation.com Q&A pages has been quite superficial, or you are being deliberately rude.

We never say that because someone believes in evolution that they cannot be a Christian.

Biological evolution is not just that things change or that new species form, but that microbes changed into microbiologists over billions of years. Please note that ‘change in allele frequency’ is not evolution, or I am an evolutionist (along with all my creationist biologist friends). Please note also that mutations, natural selection and adaptation are not ‘evolution’. I will leave you to use the creation.com search facility to find explanations for these statements; there are many articles, from layman-level to technical (hint: natural processes cannot create new biochemical pathways or even new enzymes, which are really nano-machines (e.g. ATP synthase, helicase, kinesin, etc.), which evolution needs for it to be a viable explanation of the diversity of life. See also: 15 Questions for Evolutionists.

But let me deal with your main question: “why am I not accepted by you as a Christian?” Well, you are, if you “confess with your mouth that Jesus is Lord and believe in your heart that God raised him from the dead, you will be saved.” (Romans 10:9). We never say that because someone believes in evolution that they cannot be a Christian. This is a common misconception. This article spells it out: Can Christians believe evolution? (please read this, as it points out also that if someone understands what the Bible says about these things and refuses to believe it, then that person’s claim to be a Christian is questionable).

You say that “I believe in Jesus, in a heaven and a hell and that God created the world-the only difference is that I believe we got here differently to you.” I was once a theistic evolutionist, like you, but that was before I came to understand the implications for the Gospel (see Harvesting real fruit). If you only think about things superficially, it is possible to think that ‘Maybe God used evolution to make everything’, but if you think about what the Bible teaches and how this is foundational to the Gospel, you have to let go of any idea that ‘God used evolution’. Here are several strong biblical reasons why theistic evolution just does not cut it, for example: Some questions for theistic evolutionists and “progressive creationists”.

You say, “Most, if not all Christian denominations have accepted evolution and taken it in stride”. Yes, sadly the major, mainline denominations are riddled with compromise on this issue (and others that follow, like night follows day, such as supporting ‘gay’ marriage). However, there are many churches that agree with us. We do about 600 ministry events in Australia each year, largely in churches that agree that Genesis is history and crucial for the foundations of the Gospel, understanding the goodness of God and eschatology, etc. These churches tend to be the growing ones, whereas the churches most compromised with evolution are in decline (e.g. the Uniting Church and the ‘high church’ Anglicans). If you read the book, Creation without Compromise, you will see how Christian institutions decay over a couple of generations once they compromise on Genesis. This is already happening in several once-biblical denominations in Australia.

So, why the hatred?

Hatred? I would like to know where you can see “hatred” in what we write and do.

As the great Charlie Chaplin said: “In the seventeenth chapter of saint Luke is it written: “The kingdom of God within Man. Not one man or a group of men, but in ALL men.”

I encourage you to follow through on this and check out what the Bible has to say and begin thinking biblically about these matters. This requires us to re-think things that are not in alignment with God’s Word. See 2 Corinthians 10:5 and Romans 12:1–2.

Praying for God’s blessing on your thinking.

PS. Theistic evolution is a proven stepping stone to atheism, so please beware! See: What all atheists have to believe. 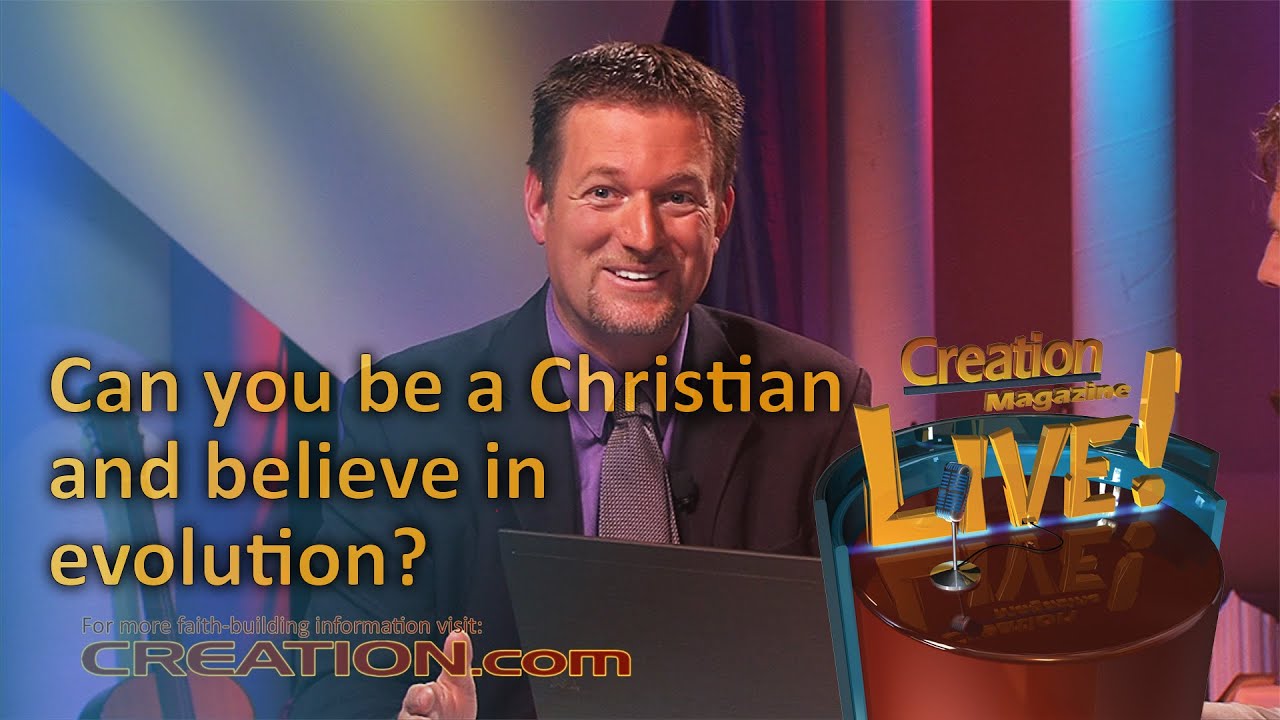