‘Evolution in action’ turns out to be nothing of the sort.

Schools and universities present such information in a way that convinces many students that scientists have observed evolution and therefore have proved that ‘evolution is a fact’. But closer scrutiny of each of these alleged examples of ‘evolution in action’ reveals a very different story. For example, let’s take the case of worms in the bed of the Hudson River (USA) becoming resistant to industrial pollution.

Between 1953 and 1979, a battery factory released approximately 53 tons of cadmium and nickel hydride waste into Foundry Cove on the Hudson River. Cadmium became very concentrated (up to 10,000 parts per million) in the riverbed sediments. Despite such high levels of toxic cadmium, a riverbed population of a worm species, Limnodrilus hoffmeisteri, survived the pollution—i.e. it was said to have ‘evolved resistance’ to the cadmium.

In 1992, researchers began regularly monitoring the numbers of pollution-resistant versus non-resistant worms to see what effect a major environmental cleanup, due one year later, would have.1,2

The $100-million cleanup immediately reduced cadmium levels in the riverbed sediment (down to less than 10 ppm).

Natural selection, by itself, gets rid of information.

Researchers also noted that resistant worms grew more slowly than non-resistant worms, ‘probably because of a diversion of resources into the production of large quantities of a metal-binding metallothionein-like protein’. 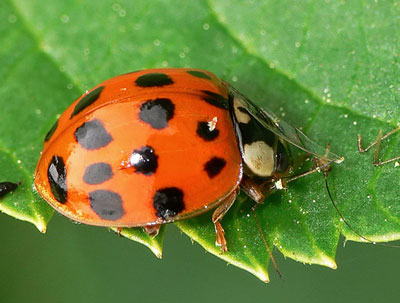 Like the cadmium-resistant worms, mutant wingless beetles and eyeless fish are usually at a disadvantage compared to ‘normal’ ones. But on windswept islands, natural selection favours wingless beetles (not blown out to sea) and in underwater caves, it favours eyeless fish (in a dark cave, eyes are prone to injury and subsequent infection). Note that the survivors have lost information (for wings and eyes respectively)—natural selection does not generate any new information, it can only select forms that already exist. 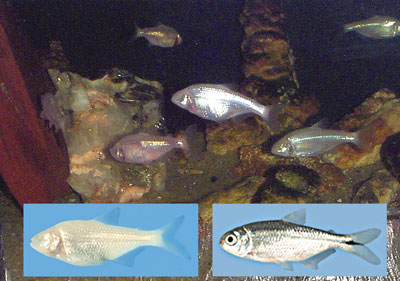 So is this ‘evolution in action’? No—because, even when there is no pollution (as in South Cove), the riverbed population of Limnodrilus hoffmeisteri worms includes some worms that are already resistant to high levels of cadmium. So resistance did not come from the production of new genetic information by mutation (the imagined mechanism of molecules-to-man evolution) but rather from selection of genes already in existence. So no new genetic information has been added.

This is also an example of how selection, by itself, gets rid of information. In normal circumstances (no pollution), it seems cadmium-resistant worms are at a disadvantage because of their energy/resources being directed into unnecessary production of a particular protein. So, non-resistant worms, with their higher growth rates, easily outnumber their slower-growing cousins. But when cadmium pollution occurs (fatal for normal worms), resistant worms survive because the metallothionein-like protein binds cadmium, stopping it from adversely affecting the worms’ biological and chemical processes. Thus, selection for cadmium resistance results in the loss of genetic information for regulated production of the protein. (It’s a loss of information because there is loss of control over the production of that protein.)

So, far from being ‘evolution in action’, this is yet another example of downhill adaptive formation of new forms in response to a change in environment. The exact opposite of evolution!3

The worms, after all that, are still worms.

When cadmium-contaminated riverbed sediments were cleaned up, numbers of non-resistant worms, with their faster individual growth rates, began to build up once again. Why did it take an estimated 9–18 generations for the original resistant/non-resistant proportions to return to normal (prepollution) levels? This probably reflects the fact that in the absence of pollution, to carry the genes for cadmium resistance, though disadvantageous (slower growth rates), is non-fatal. In contrast, in the presence of pollution, not to carry the genes for cadmium resistance is fatal—hence resistance in the worm population would build up more rapidly.

So, in the Hudson River’s Foundry Cove, it wasn’t evolution of new genes that we witnessed over the past half-century. It was simply the changing proportions of existing genes as the worm population was first exposed to pollution and then to the cleanup. And the worms, after all that, are still worms today, reproducing ‘after their kind’, just as the Lord said that creatures would (Genesis 1).