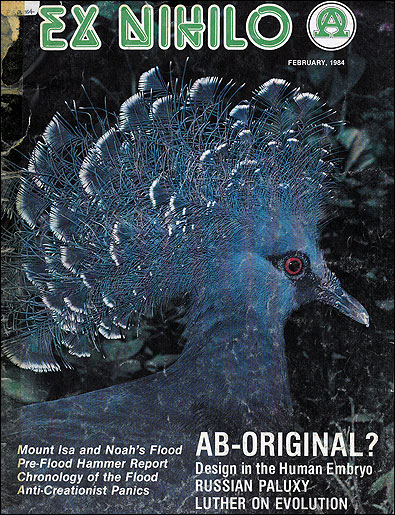 Science teaching is made more than normally important, because science in the modern world has for many replaced God as the source of authority. In one field after another, appeal is made to the authority of science; in religion, in the forms of modernism; in education, in progressivist theory; and so on. If we fail to teach science properly, we will only enhance its false authority and obscure its use.

Modern Science is a product of a Biblical view, with its belief in God and the world under God’s law. Without that substructure, science will quickly disintegrate.

For a Christian, the task of instruction is made simpler by the fact that the biblical, Hebrew word for instruction, Torah, means both law and instruction. For us, all things in every sphere are under an ultimate and fundamental law, God’s law, and education is instruction in that law order. Modern science is a product of a Biblical world view, with its belief in God and the world under God’s law. Without that substructure, science will quickly disintegrate.

The History of Science

It should not surprise us that modern science was not only born out of Christianity, but especially out of a Puritan context in 17th century England. This Christian orientation persisted almost into the 20th century. Popular history to the contrary, science did not find its origins in the thought of men like Giordano Bruno, (Italian Philosopher born 1548). Bruno’s humanism led him into occultism.1 In a universe without God, either blind fate renders man meaningless, or a chaotic universe gives man the opportunitv to be an occult lord. Not dominion, but power becomes man’s goal.

Among the early Puritan leaders in the sciences, a post-millennial perspective was prominent in their minds. Science was a means of exercising dominion. Significantly, even non-orthodox scientists shared a strong interest in eschatology (views of the end of time). Thus, Isaac Newton, while having Unitarian or Socinian ideas about Jesus Christ, still spent time in study and writing about revelation. Scientists were concerned, because science was seen as a means of fulfilling God’s command to exercise dominion and to subdue the earth.

The Christian and the non-Christian approach the universe differently and hence they define it differently. The humanist believes this world is all there is. Life is defined chemically and physiologically, within totally naturalistic confines. They reason that if the reality of our world is entirely natural, then definition is relatively easy. Given enough time, all things can be defined after sufficient research, dissection, experimentation, or study. From a Christian perspective, this is not true. Leviticus 17:11 makes clear that life is "in the blood" but it is even more clear that life is not from the blood, but from God. (Genesis 2:7). To understand life we must look beyond life to God. Definition has to be more than naturalistic: it goes beyond us and our world, and is thus in essence impossible. For us, therefore, science is not definitive but descriptive and theological. Science will become more productive if it abandons its goal to define naturalistically (which leads to theoretical science) and limits itself to description in terms of theological premises.

The theological foundation also means a realistic view of scientific goals. Because God is God. this means simply that "With God all things are possible" (Matthew 19:26). If the physical universe is the ultimate, then it follows logically that, "With nature, all things are possible!!" Because humanistic scientists operate on this premise, they are ever ready to experiment or to hypothesize in areas known to be impossible from scientific experience. Thus, science tells us that spontaneous generation is not possible, and yet it is necessary in evolutionary thought. Because infinite potentiality is ascribed, not to God but to nature, this impossibility is regarded as only impossible in the present; in infinite time, the infinite potentiality of nature will overcome all limitations.

Because, for Humanistic Science, all potentiality belongs to nature, it is easy for Humanist Scientists to read their belief into their research. The result is a massive trend to scientific fraud in experimentation.

Nature is not God

Much current genetic research also operates in terms of infinite potentiality. Organ transplants are clear examples of this. The June 1977 attempt to transplant a baboon’s heart into a human being failed. It was done in the clear knowledge that transplants face a rejection factor: they are like an alien and infection agent to the host body. The hope is, however, that man can overcome this barrier, and the hope rests on the faith that infinite potentiality belongs to nature rather than to God.

Following a 10-month investigation, officials of the Mt. Sinai School of Medicine revealed last week that a chemical compound to treat hemophilia for which the school holds the patent was never actually synthesized. Based on the falsified claims made by a former employee in the patent application, the New York medical school had secured considerable research funding from private industry.

Dr Joseph Cort, an American who fled Britain for Czechoslovakia 30 years ago under a cloud of anti-Communist feeling, last week owned up to fabricating important research results since his return to the United States in 1976.

The lines God created between various forms of life and inorganic matter are seen as enemies by humanistic science, because this fixity defies the infinite potentiality of nature. But this is not all. Because eternity is an attribute of ultimacy, i.e. God, time is a problem to the humanist, and an enemy. Hence their hostility to clock time (i.e. to a young universe).2

Because, for humanistic science, all potentiality belongs to nature, it is easy for humanistic scientists to read their beliefs into their research. The result is a massive trend to scientific fraud in experimentation. This is not new, as witness the drawings of the development of the human embryo by Haeckel in the last century. Science Digest (June 1977) has called attention to the high percentage of frauds in reported scientific experiments. The attitude of such researchers apparently is that, ’if it isn’t true now, it soon will be’.

Applying this to Teaching

One of the major problems in all teaching, and no less in the teaching of science, is the dominance of an academic orientation. For example, biology, chemistry, and physics are taught in isolation from one another, as though a different world existed for each. This means that an abstracted and academic view of science prevails, with theoretical science predominant. If we teach instead the history of scientific research, development, and invention, and the role of the various areas in that history and application, we gain a more accurate knowledge of the place of science (its theological premises) and therefore its meaning. From such an approach, we gain a more realistic view of the sciences and how man has tried to understand himself and the world through science, and to exercise dominion through that knowledge and by means of the instruments it has produced.