Two British scientists have just reported their findings of a new species of a type of weed known as a groundsel. The title of their paper1 seems innocuous enough, merely stating that this new weed—Senecio eboracensis—is a hybrid between two other groundsel species. Yet a commentary in The Times of London proudly proclaimed this as a demonstration of ‘evolution in action’. Furthermore, in a not-too-subtle stab at believers in Biblical Creation, the author stated that the weed’s discovery confirms that ‘Darwin was right and the creationists are wrong’!2 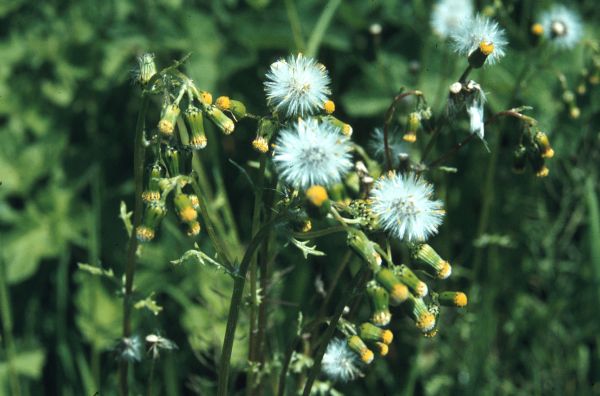 But does the formation of a new species (i.e. ‘speciation’) really conflict with Scripture? Not at all, as we have repeatedly shown. Rapid diversification within the Genesis kinds—including speciation—is a specific prediction of the Creation model (see What are the evolution and creation models?, the The Creation Answers Book, and other articles in Q&A: Speciation).

Following the global Flood at the time of Noah, plants, animals and people spread out into the new world, and adaptation to new habitats and niches would be expected. God’s created capacity for genetic variability, coupled with the stresses and challenges of new and changeable environments in the post-Flood world, is likely to have resulted in many new varieties of creatures—but this is not evolution of the ‘big-picture’ sort that is required to turn fish into frogs or badgers into biologists.

‘The creation of new species can takes [sic] thousands of years, making it too slow for science to detect.’

However, this evolutionary belief does not fit with documented cases of speciation events occurring well within a human life-time (see also Speedy species surprise and Brisk Biters).

In this particular case, the hybrid weed, dubbed the York Groundsel,3 is apparently unable to breed back to either of its parent species, the Common Groundsel and the Oxford Ragwort.4 This reproductive isolation is not evolution of the sort which would be capable of eventually turning microbes into magnolias and microbiologists. That sort of change requires the generation of new genetic information in the DNA. Rather, a hybrid—or cross between two species—results from the recombination of existing information from both parent species; no new information has been generated (see also Ligers and wholphins? What next?). What the Times article also fails to mention is that Dr Richard Abbott (who co-authored the paper about the York Groundsel) has previously reported that the Oxford Ragwort parent species is actually itself a hybrid and ‘not a true species’.5

Darwin was correct to point out that natural selection may produce new varieties of organisms, which might then sometimes even go so far as to generate new species. However, he mistakenly extended his biological observations as part of his grand theory to explain the origin of the major kinds/types of plants and animals. To promote this ‘scruffy little weed’ as answering the ‘Creation or evolution?’ question, shows a very superficial understanding of what creationists actually believe, and more importantly, what the Bible actually says, (Genesis 1:11):

‘And God said, Let the earth bring forth grass, the herb yielding seed, and the fruit tree yielding fruit after its kind, whose seed is in itself, upon the earth: and it was so.’

In the last analysis, groundsels breeding groundsels is not evolution—that’s groundless!